Push to arm teachers may be picking up momentum 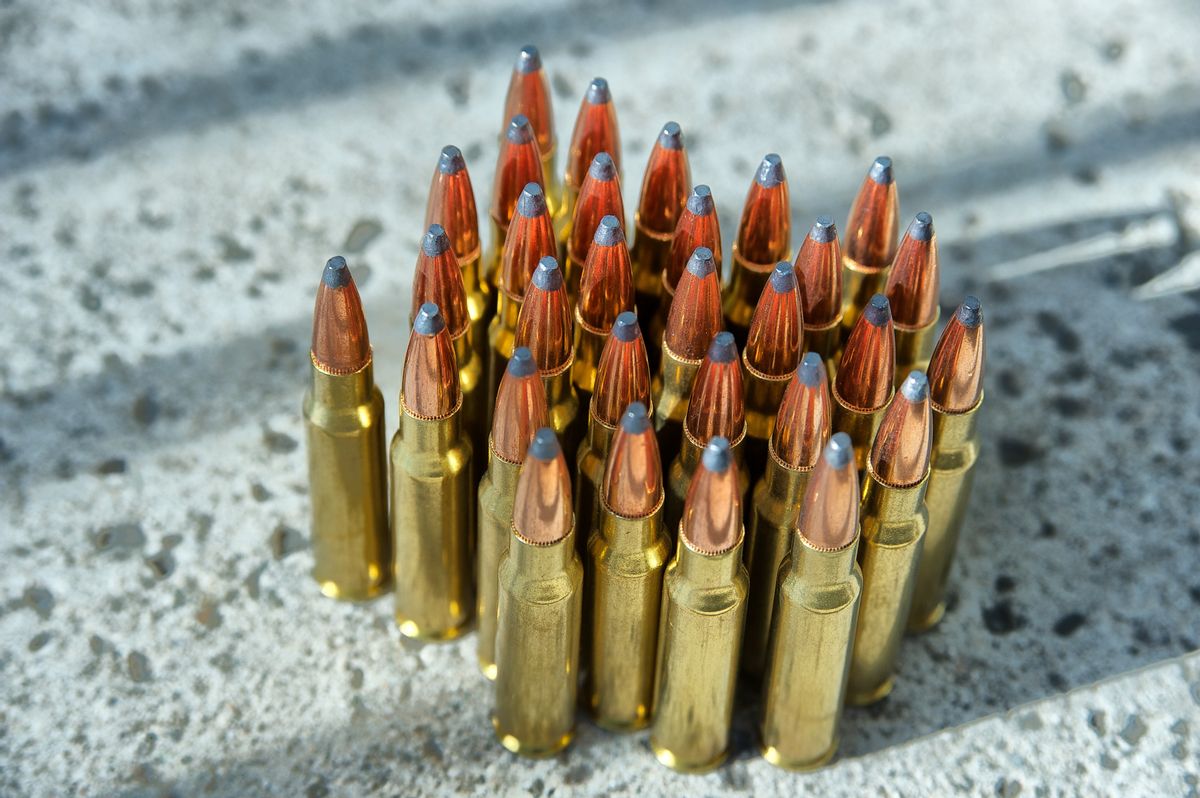 Ever since the shootings in Newtown, Conn., gun rights advocates have been pushing for teachers to be armed as a way to prevent future school shootings. Now, local gun advocacy groups are offering teachers easy ways to make it happen.

The Utah Shooting Sports Council said it would waive its $50 fee for concealed-weapons training for the teachers. Instruction featuring plastic guns was to start Thursday inside a conference room at Maverick Center, a hockey arena in the Salt Lake City suburb of West Valley.

It's an idea gaining traction in the aftermath of the Connecticut school shooting.

In Ohio, the Buckeye Firearms Association said it was launching a test program in tactical firearms training for 24 teachers initially.

A gun store in Texas also announced last week that it would offer teachers a 10 percent discount for a concealed carry class. And the patriot group the Oath Keepers said it would provide teachers free firearms training, and training in the “use of blunt objects and improvised objects for self-defense, use of knives, use of pepper spray, empty-hand defensive tactics, and methods of disarming an attacker who is armed with guns or knives, as well as crime awareness and crisis mindset training.”

Then there's Arizona Attorney General Tom Horne, who proposed a program yesterday to arm one employee in every school, and said that a state legislator would likely propose a similar bill next session.

Though Democrats in Congress are pushing to pass stricter gun control laws, including a ban on assault rifles, a new Gallup poll out today shows that only 44 percent say they support an assault weapons ban since the shootings, compared with 51 percent who say they oppose it. This is only a slight change from the last time the question was asked, in October, when 43 percent said they'd support a ban, and 53 percent said they'd oppose it.

NRA chief Wayne LaPierre last week contributed to the gun control debate by proposing that Congress should “appropriate everything that is necessary to put armed police officers in every single school in this nation.”

Linda Greenhouse at the New York Times reports on the NRA's stealth battle to block judicial confirmations, most prominently after Mitch McConnell asked the group to "score" Sonia Sotomayor ahead of her confirmation vote:

But the N.R.A. has begun to involve itself in lower court nominations as well, where it can work its will in the shadows. It has effectively blocked President Obama’s nomination of Caitlin J. Halligan to a seat on the United States Court of Appeals for the District of Columbia Circuit that has been vacant since September 2005, when John G. Roberts Jr. moved to a courthouse up the street. The president has submitted the name of the superbly qualified Ms. Halligan to the Senate three times.