"I still want to get this done"

Obama's statement on the fiscal cliff 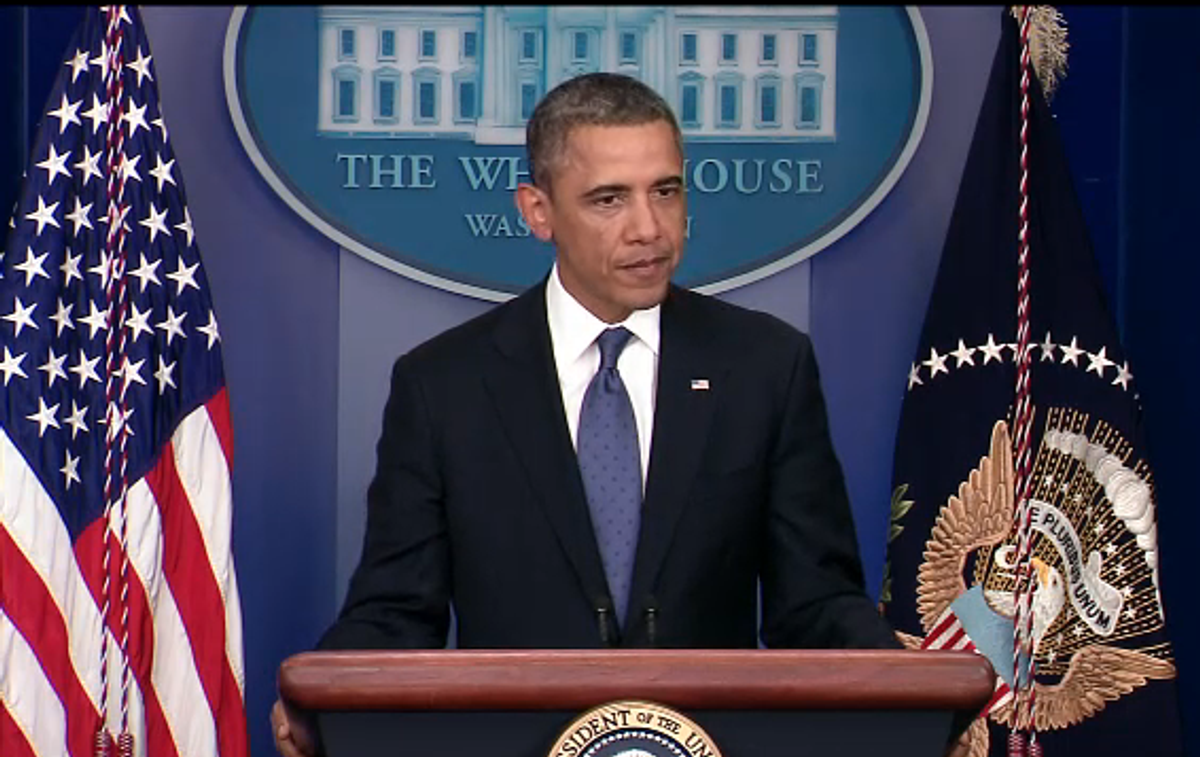 After a frantic day of speculation without apparent progress, President Barack Obama made a statement about the fiscal cliff, the combination of tax hikes and spending cuts that takes hold at the end of the year.

Amid a spate of Washington bashing, the president said Senate leaders Harry Reid (D-Nev.) and Mitch McConnell (R-Ky.) are working on a bipartisan deal to pass the Senate. If the Senators cannot accomplish this, the president said he has asked Reid to push for an up or down vote on a bill that would not raise taxes on middle-class families and would extend unemployment benefits.