The union extended its contract for 30 days, avoiding a strike that would cripple East Coast ports 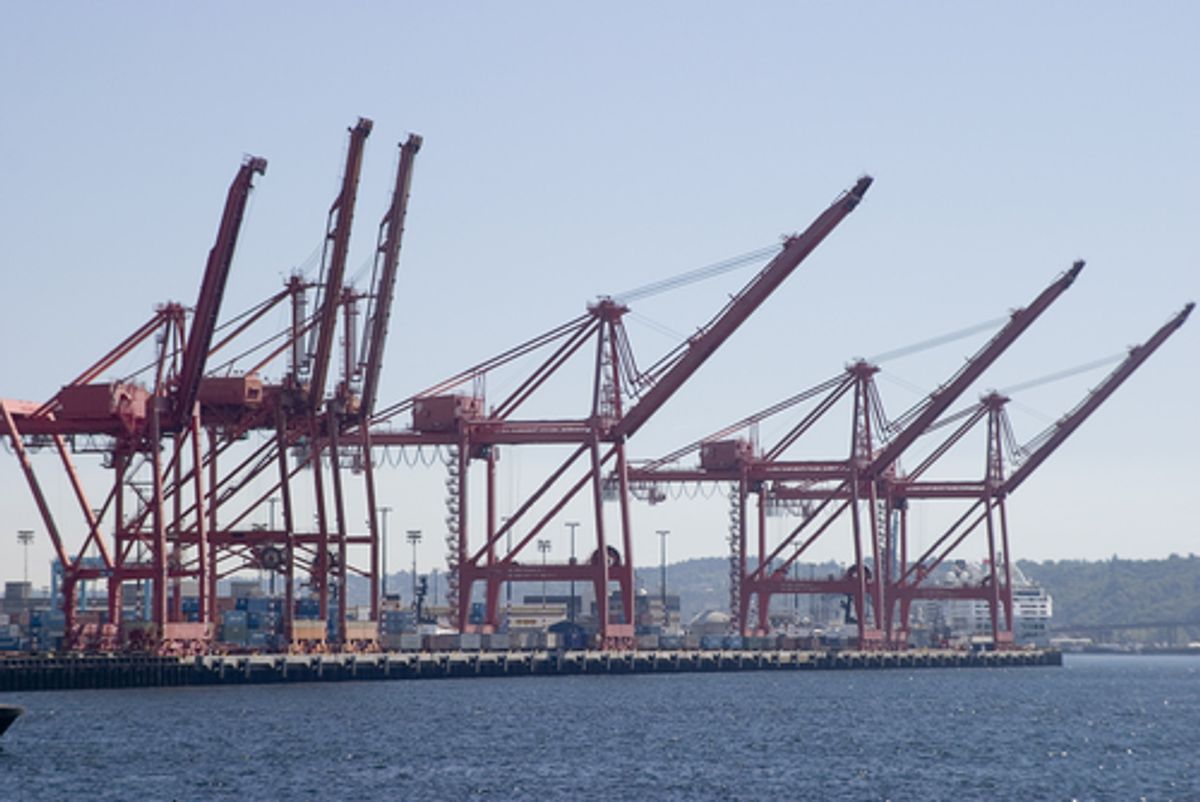 NEW YORK (AP) - The union for longshoremen along the East Coast and Gulf of Mexico has agreed to extend its contract for 30 days, averting a possible strike that could have crippled operations at ports that handle about 40 percent of all U.S. container cargo, a federal mediator announced Friday.

The extension came after the union and an alliance of port operators and shipping lines resolved one of the stickier points in their months-long contract negotiations, involving royalty payments made to union members for each container they unload.

Negotiations will continue until at least midnight on Jan. 28. Some important contract issues remain to be resolved, but the head of the Federal Mediation and Conciliation Service, George Cohen, said the agreement on royalties was "a major positive step forward."

"While some significant issues remain in contention, I am cautiously optimistic that they can be resolved in the upcoming 30-day extension period," he said.

The terms of the royalty agreement were not announced.

The master contract between the International Longshoremen's Association and the U.S. Maritime Alliance, a group representing shipping lines, terminal operators and port associations, originally expired in September. The two sides agreed to extend it once before, for 90 days, but it had been set to expire again on 12:01 a.m. Sunday.

As recently as Dec. 19, the president of the longshoremen, Harold Daggett, had said a strike was expected.

A work stoppage would have idled shipments of a vast number of consumer products, from electronics to clothing, and kept U.S. manufacturers from getting pars and raw materials delivered easily.

Major ports that would have been frozen included the Port Authority of New York and New Jersey; Savannah, Ga.; Houston; and Hampton Roads, Va.

Other ports that would have been affected by a strike are Boston; Delaware River; Baltimore; Wilmington, N.C.; Charleston, S.C.; Jacksonville, Fla.; Port Everglades, Fla.; Miami; Tampa, Fla.; Mobile, Ala.; and New Orleans.