The president will offer to keep the Bush tax cuts in place for those making less than $400,000, Bloomberg reports 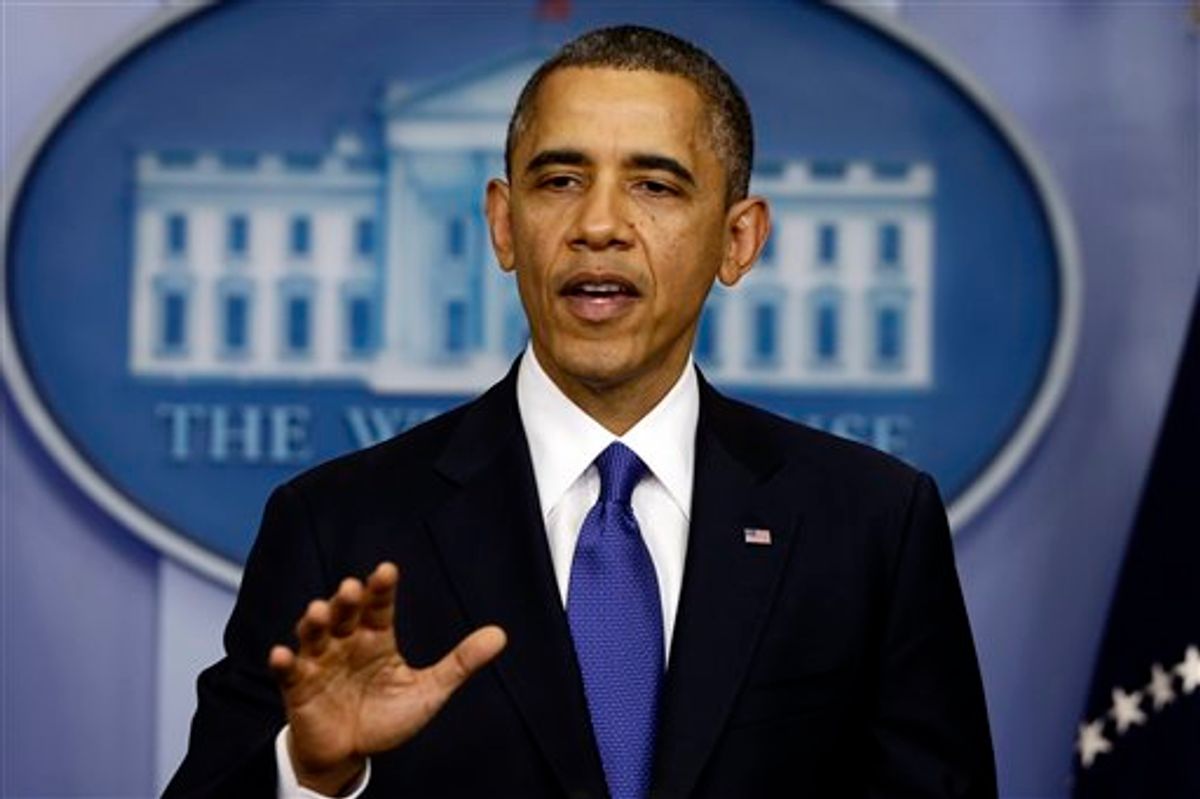 With all of Washington in a panic about the tax hikes and spending cuts that make up the so-called "fiscal cliff," Bloomberg reports that President Barack Obama will propose a compromise in today's 3 p.m. meeting with Congressional leaders:

The scaled-back offer Obama plans to make to Republican congressional leaders includes renewing George W. Bush-era tax cuts for middle-class earners, most likely for those making $400,000 and below, according to a Senate aide close to the talks. Both aides spoke on condition of anonymity.

The plan would extend unemployment insurance benefits set to expire at the end of the year, prevent a cut in Medicare reimbursements to doctors and head off an expansion of the alternative minimum tax, said the aide, who spoke on condition of anonymity.

The plan would delay or replace part of scheduled federal spending cuts, most likely the defense portion, the aide said.

The article quotes Sen. Bob Corker (R-Tenn.) saying yesterday that he anticipated a deal but is not optimistic about its prospects. “It’s feeling very much like an optical meeting, not a substantive meeting,” he said.

For the Democrats, Senate Majority Leader Harry Reid (D-Nev.) still favors a deal that would raise taxes on households earning more than $250,000.

Meanwhile, John Harwood of CNBC tweets from the other side:

In other words, this could go on indefinitely.