Dick Armey apologizes to me

On Facebook. Really. Where he also called my anti-FreedomWorks comments a "cheap shot." Read our exchange 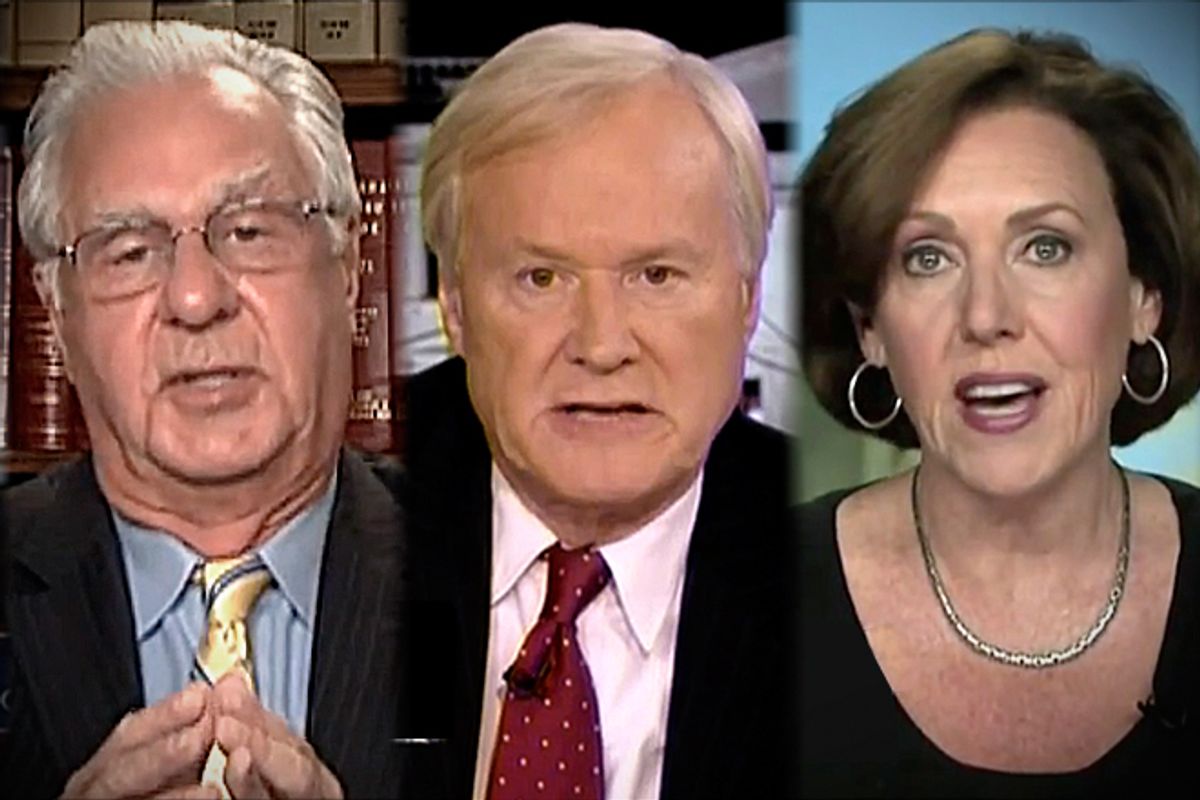 Oh, Facebook. Even founder Mark Zuckerberg's sister Randi learned the hard way that we don't always know who has access to our photos and profiles. I was as befuddled as Zuckerberg on Christmas when late Thursday afternoon, someone purporting to be Dick Armey sent me a private message that seemed to be an odd apology for saying he was "so damn glad" he couldn't be married to me, on "Hardball" almost four years ago. (We're not even Facebook "friends!")

Here's how it began:

What I said to you on Chris Matthews' show was the meanest and very likely the dumbest thing I ever said on TV. I was wrong to have said it and I deserve all the bunk I get for it.

But then he complained about the previous day's "Hardball" segment, in which I attacked his attempted takeover of FreedomWorks, backed by an aide with a gun.

Certainly you know that spin about guns at FW was BS. I'm sorry you reduced yourself to expanding on it. Hit me with your best shot not your cheap shot. Dick Armey

I said what any thinking person would say to a stranger:

This is not really Dick Armey, is it?

Yes it is….I was glad to own up to my meaness and stupidity. It has bothered me ever since… Who would pretend to be Dick Armey if he were not? I'm sure your friends would agree that would really be crazy.

Armey suggested I talk to Mother Jones's David Corn to get the real story about the FreedomWorks gun incident – and indeed, Corn shared the story during our "Hardball" segment the day before. Still not sure I wasn't being pranked, I suggested he talk to David Corn to get my number if he really wanted to talk – and I shot David an email giving him permission.

A few minutes later, Corn called me. "What is this, high school?" he asked, chuckling. "Dick Armey just asked me for your number." I told him about our Facebook conversation, and he confirmed I really was talking to Armey. I told him to give the former House Majority Leader my number.

But Armey didn't call, he just continued messaging me on Facebook. Since I'd confirmed it was him, I was willing to chat. A weird atonal ding would alert me that he'd replied. In one message, he seemed to be backing off from his apology.

If this were civil discourse rather than political discourse I could give an apology but that rarely works out well for conservatives. So, let me let it stand as a confession of wrong doing.

Incidently, peeing on my wife's leg was a bit much. Our spouses more suffer our PC silliness then colaborate in it.

I had called his wife a "jerk" on Hardball, because she reportedly urged Armey to take his gun-toting aide – who turned out to be Beau Singleton, a former capital police officer who'd been on Armey's protective detail and continued to volunteer his time – in case the FreedomWorks takeover turned ugly. But when I watched the "Hardball" segment, it sounded harsh. So I apologized for insulting his wife.

And that seemed to change his feelings about whether he was, in fact, making an apology to me.

I'm splitting fine hairs here but it seems that this is becoming more of a civil discourse and that makes an apology the correct and considerate thing so you are right. I am sorry I said a mean and dumb thing to you. I was wrong and you had every right to be offended. Now I feel better.

Then he returned to the allegations about Singleton and the gun, providing evidence that "clearly he was known at [FreedomWorks]." He disputed the Washington Post story that the presence of an unknown and armed man made his attempted "coup" particularly unsettling. I asked if he was suggesting a quote from an anonymous staffer, attesting to how scared she was when she encountered "a man with a gun who didn’t identify himself to me or other people on staff, and a woman I’d never seen before" (Susan Armey), was somehow fabricated?

I'm saying that was hyped up spin and it has taken them quite some time to come up with it. I never heard a thing about such fears until I read that article. She could only know Beau had a gun if someone who knew him like Matt [Kibbe], Adam [Brandon], or Dean Clancy told her so and each of them could have told her they know Beau.

I told him that in my experience, organizational takeovers, layoffs, purges or firings don't include an armed guard – if you're worried about trouble, you can maybe bring in a team of board members, or at worst, police. "You may not be taking in how a disruption like this would already be very unsettling -- and the detail about the man escorting folks out being armed might push it into the territory of scary," I suggested, trying to be helpful.

I told him I'd write up our conversation and if he had anything to add, he could call me. He has not. I haven't heard that unsettling atonal Facebook-message ding in three hours, alas.

So there you have it: Dick Armey's apology, and his explanation of why his attempted FreedomWorks takeover backed by an armed volunteer security aide wasn't the big deal his enemies say it is. Take both for what they're worth as we close out the strangest two weeks of 2012.