From advanced drones to Twitter poetry to iPhone mania, the medium has drastically evolved over the past 12 months 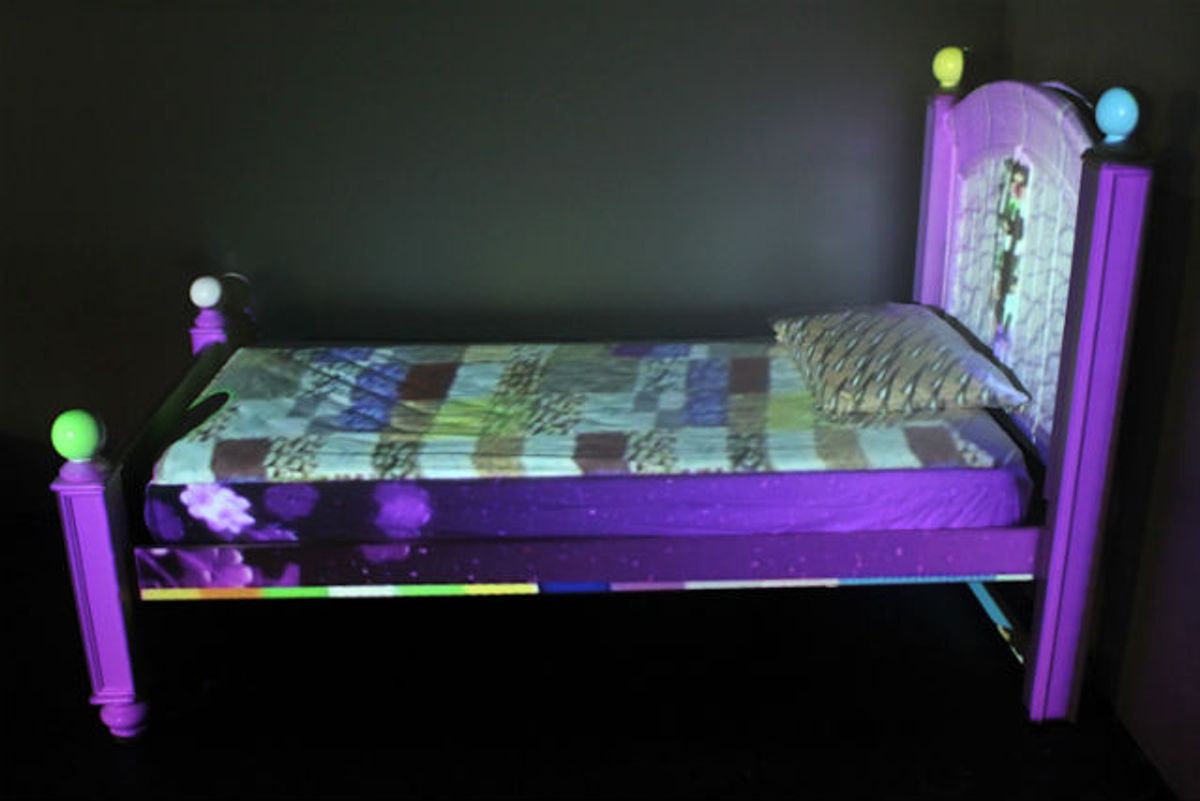 2012 was a great year for digital art. As Tumblr rocketed over 25 million hits a month and Instagram became a new venue for creative expression, artists continued to traverse the internet’s sprawling landscape and confront us with the weirdness of our own experiences of virtual space. In this end-of-year roundup, I’ll look at 10 events, moments, and trends that marked these past 12 months in digital art.

Here’s my top 10, in no particular order.

Exhibitions at 319 Scholes
As Brooklyn’s premier technology-art space, 319 Scholes knocked it far out of the park this year. Following up on late 2011′s excellent Notes on a New Nature from Nicholas O’Brien came Big Reality, critic Brian Droitcour’s intensive look at video game-influenced art, and editor Francesca Gavin’s E-Vapor-8, a celebration of rave culture that launched with a fittingly awesome opening party. With 319 director and curator Lindsay Howard refining her work through a residency at Eyebeam, the year ahead should be even better (if that’s possible).

iPhone Mania
How have iPhones affected our aesthetic lives? Rhizome editor Joanne McNeil’s essay on her broken phone presented a thoughtful analysis of a physical glitch, while J.K. Keller’s iPhone oil painting GIFs sent up how we interact with our devices.

The Beginning (or End) of the New Aesthetic
Novelist and futurist Bruce Sterling crowned the New Aesthetic, that movement organized around the intersection of art and technology, with a long Wired essay in April, and the internet erupted. Is the New Aesthetic even an appropriate term for an old concept? I’m a proponent, personally. But as the hype built, the coiner of the term, James Bridle, shut down the eponymous Tumblr that started it all. He recently picked it back up, however, as he started a teaching sojourn at New York University’s ITP program. No algorithm could possibly predict what will happen next.

Digital Conservation
Let’s face it: When we talk about the conservation of digital art around these parts, we’re talking a lot about the work of one guy, the inestimable Ben Fino-Radin, who has had a banner year of essays, workshops, and lectures pushing at the frontiers of archiving. There is no one we’d rather have messing with early Mac emulators and collecting very old technological ephemera to make sure that we’ll still be able to experience the art we see today in decades and centuries hence. Follow him, wherever.

Drones
2012 was the year of the drone. Drone aesthetics took over, from James Bridle’s recent projects to make drones more physically present to the drone warning signs installed by a NYC street artist and Trevor Paglen’s voyeuristic “Drone Vision.”

Internet Poetry
What is internet poetry? Well, here’s a description in verse. The “Alt Lit” of Tao Lin and his acolytes continued to grow while “Weird Twitter” became a thing, championed by champ poets like Tricia Lockwood and Kimmy Walters, who tweet amazing things. The one must-see work of internet poetry? Probably Lockwood’s hilarious “Sexts.”

RGB+D
How does a new aesthetic mode enter the world? Following the development of artist James George‘s work with Kinect cameras suggests a possible answer. With the release of RGB+D, an open-source, easy-to-use software platform, George has published the tools for anyone to employ a visual mode that he helped to pioneer. With total sincerity, he says that he hopes to create the “kitsch of the future.”

Art Hackathons
Hackathons were already a huge meme in the technology community, but this was the year they infiltrated the art world. With themed hack-fests locking creative coders in rooms with computers and food going down at 319 Scholes and Eyebeam, it’s a whole new world of split-second collaboration.

The Eyebeam Saga
Though its archives have been irreparably damaged by Hurricane Sandy, the new media-oriented nonprofit had a great year, re-energizing with a successful Kickstarter campaign and a series of cool event and exhibitions. Let’s hope their rise continues in the coming year.