Here's to a year of austerity, dysfunction, lousy Obama negotiations -- and no "Louie" 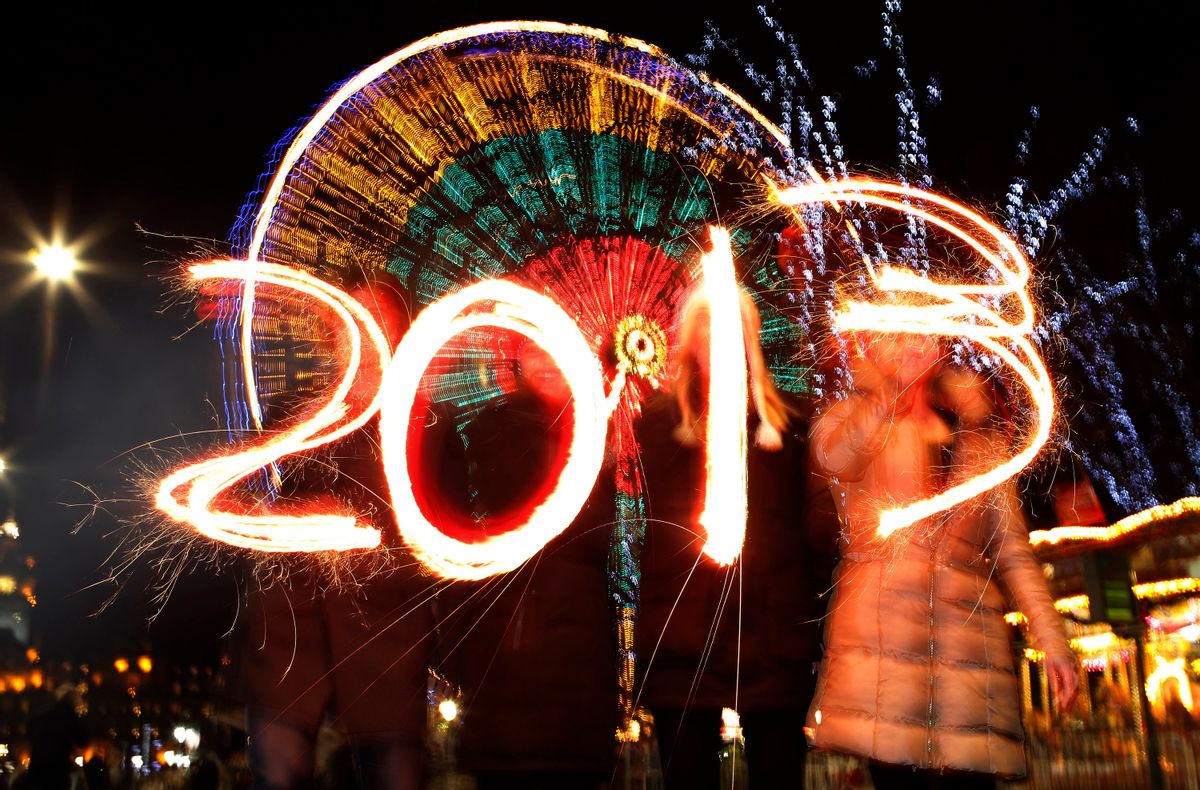 The good news is 2012 is over and will never happen again. The bad news is, now it's 2013. Here's why I'm not holding out hope for a great year in politics:

It's coming. Congress will obsess over crafting a long-term deficit deal no matter what happens with the tax rates and the sequester. In all likelihood, we'll get regressive budget cuts at all levels of government, plus, for good measure, tax hikes not just on the rich but on working people. The well-funded "Fix the Debt" monsters will still demand massive cuts to Social Security and Medicare. Republicans are justifiably confident that they can use the debt ceiling to force more spending cuts less than a month from now. If all of this sinks the still-sluggish economic recovery, that'll be just one more sign that we need to cut more, and "tighten our belts." Plus the debt ceiling fight might just crash the world economy anyway.

Congress Isn't Going to Do Anything

As historically unproductive as the 112th Congress was, there's not much reason to expect more from the 113th. The Senate has gotten marginally more liberal and the House has gotten marginally less Republican, but the basic makeup of both is the same. It's still the case that House Republicans have no incentive to compromise on anything, while Senate Democrats live to compromise.

It's highly unlikely that we'll see any meaningful action on climate change, or effective gun control legislation, or real improvements to Obamacare, or stronger financial regulation. If anything is done on immigration, it'll likely be a tiny bill designed to help only a small sliver of the American undocumented population -- a compromise to the compromise that was the Dream Act.

First we get the Susan Rice trial balloon, which ends in ignominy because John McCain hates her. John McCain, the Senate's worst loser, was granted veto power, for no reason. Then we get Secretary of State John Kerry, who, sure, we like him again, because he zinged Romney pretty good, but making him secretary of state is effectively an invitation to Scott Brown to return to the U.S. Senate. Then we get the current Chuck Hagel mess, which is irritating on multiple levels: Obama insists on having a Republican defense secretary, and he then picks one that Republicans (and numerous Democrats) find so unacceptable that they immediately toss out the "anti-Semite" charge, which was not really rebutted at all by the White House.

So Obama is picking divisive nominees who aren't even divisive because liberals like them -- every defense of Chuck Hagel I've read basically says "look I'm not endorsing the guy for the job but he doesn't actually hate Jews, for the record" -- and now the president has effectively forced himself into a position where he either nominates the guy and faces the wrath of the Israel lobby or picks someone else and looks like he's beginning his second term by constantly preemptively caving.

At least we're probably not going to get Treasury Secretary Erskine Bowles, but "generic CEO selected to prove that Obama doesn't hate business" will end up somewhere in the second term cabinet.

This year, we didn't get the oft-enlightening Newsweek presidential campaign insta-book, because Newsweek was too busy trolling and losing millions of dollars to pay for it, but soon we will get Mark Halperin and John Heilleman's follow-up to their 2009 hit, "Game Change: All the Dumb Gossipy Shit From the Election, Written By a Smug Idiot and His Slumming Friend." This will beget another round of terrible 2012 election coverage, based this time on "revelations" about how someone was rude to someone else, or someone swore one time. Then it will become an HBO movie, and the various horrible political operatives who granted Halperin and Heilleman access will be portrayed as sympathetic heroes. These guys are, for real, calling the book "Double Down," a lazy cliche that means almost nothing and has no connection to the events of the 2012 presidential election.

The next presidential campaign already started. Mitt Romney spent much of 2009 laying the groundwork for this 2012 run, culminating, in early 2010, with his nationwide publicity tour in support of his book, "No Apology." Anyone who wants to be elected president in 2016 knows they have to start working now, cultivating important allies and preparing to beg rich people for money. Pundits are going to spend the year handicapping and speculating. Paul Ryan and Marco Rubio will be everywhere. Andrew Cuomo is going to spend the year seeking national press attention while pretending he's not seeking national press attention. There is no escape.

"30 Rock" is ending, "Community" is going to be depressing and then get canceled, no "Louie" until 2014, they canceled the submarine show, the next season of "Game of Thrones" is only going to cover half the third book and then it's off the air for another year, for some reason "The Killing" is actually coming back, "Homeland" is going to be completely nuts next year, millions of people will keep watching "The Walking Dead" even though it's so dumb and their doing so encourages all of AMC's worst programming instincts, and "Arrested Development" will totally be disappointing. Sorry.