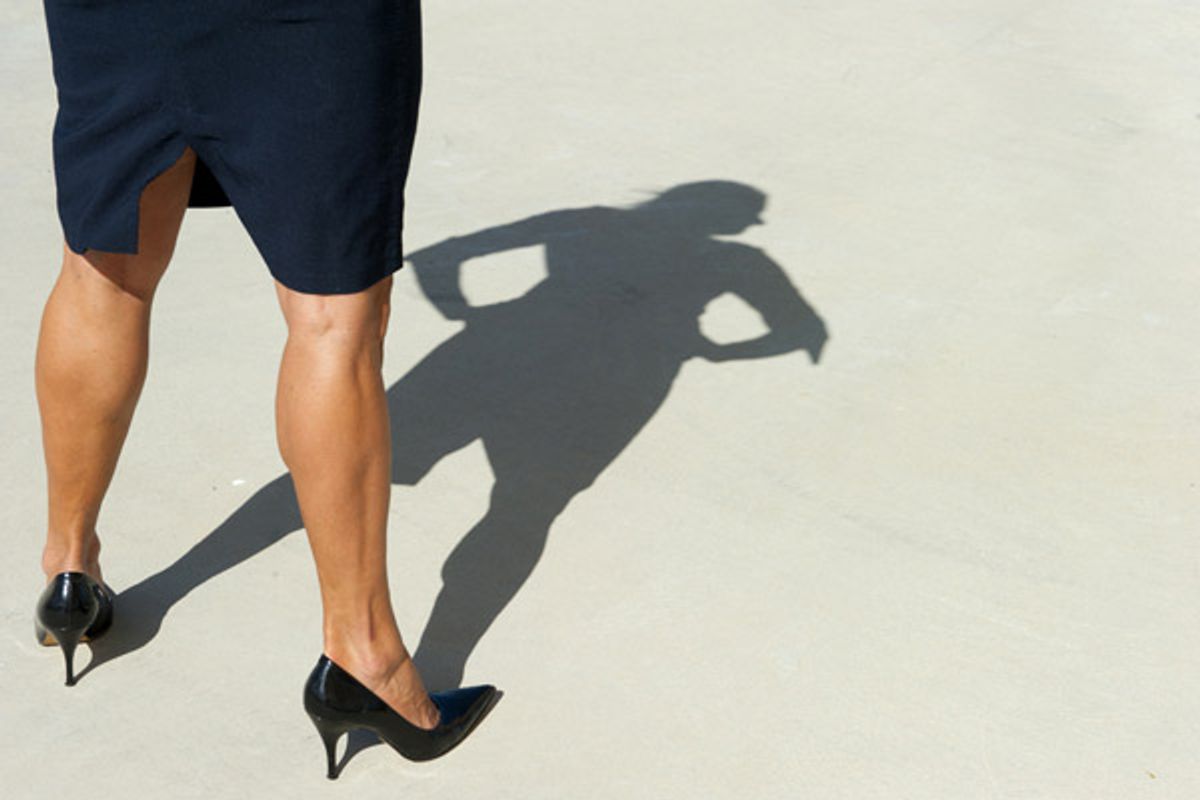 Fashions in dress come and go, but a peculiar one has stayed in style for many generations, and shows no sign of fading away. It’s the high-heeled shoe, which first became a fashion statement in 16th-century France, and has been a part of the modern woman’s wardrobe since the mid-19thcentury.

Ask a woman why she endures the awkwardness and discomfort, and she’ll probably respond, “They make me look, and feel, more attractive.” Newly published research suggests this perception is accurate, but perhaps not for the reason you’d expect.

It’s not the artificially increased height that turns heads. Rather, it’s how such footwear changes the mechanics of a woman’s gait.

“High heels may exaggerate the sex-specific aspects of the female walk,” a University of Portsmouth research team led by psychologist Paul Morris reports in the journal Evolution and Human Behavior. While noting that preference in footwear is based in part on culture norms, they argue the enduring popularity of high-heeled shoes suggest their fundamental appeal stems from a deeper impulse.

To test whether walking in high heels increases one’s femininity and attractiveness, Morris and his colleagues conducted two experiments using a point-light display. Participants (15 men and 15 women) viewed dotted outlines of 12 women as they walked for a total of four minutes apiece—two minutes in high-heeled shoes, and two minutes wearing flats.

They were then asked to rate how attractive they found the figures.

“For all walkers, the attractiveness score was higher in the heels condition than in the flat condition,” the researchers report. Both males and females judged the women wearing high heels to be more attractive than those who wore flat shoes.

In the second experiment, 120 participants (82 women and 38 men) watched the same dotted-outline footage and were asked to judge whether each of the models was male or female. (As noted earlier, all were, in fact, women.) While wearing flats, 28 percent of the women were incorrectly classified as men; among those wearing heels, that number went down to 17 percent.

Why? The researchers report that, while wearing high-heeled shoes, the women “walked in a fashion more characteristic of female gait.” Specifically, “walkers in high heels took smaller, more frequent steps,” and this reduction in the length of their stride was accompanied by “increased rotation and tilt of the hips.”

In other words, they argue, high heels exaggerate the differences in the ways men and women walk, making the wearer appear more feminine. This stimulates “sexual arousal in males,” as well as increased attentiveness on the part of women who are scoping out potential competitors for male attention.

This can happen on either a conscious or an unconscious level, but this evidence suggests the dynamic is real, and transcends fashion fads.

Morris and his colleagues conclude that a woman walking in high heels is a “supernormal stimulus” — that is, an enhanced version of a stimulus found in nature. Previous research has suggested junk food can be seen the same way, in that it stimulates our natural craving for sugar, salt and fats by offering them in exaggerated concentrations.

So to sum up: High heels have a lot in common with Ho Hos. We may view them with ambivalence or concern, but in spite of ourselves, we feel the primal pull they exert. And we’re not likely to break our addiction any time soon.