Greg Gillis talks about his next project, whom he'd like to work with, and what it was like to meet Kanye West 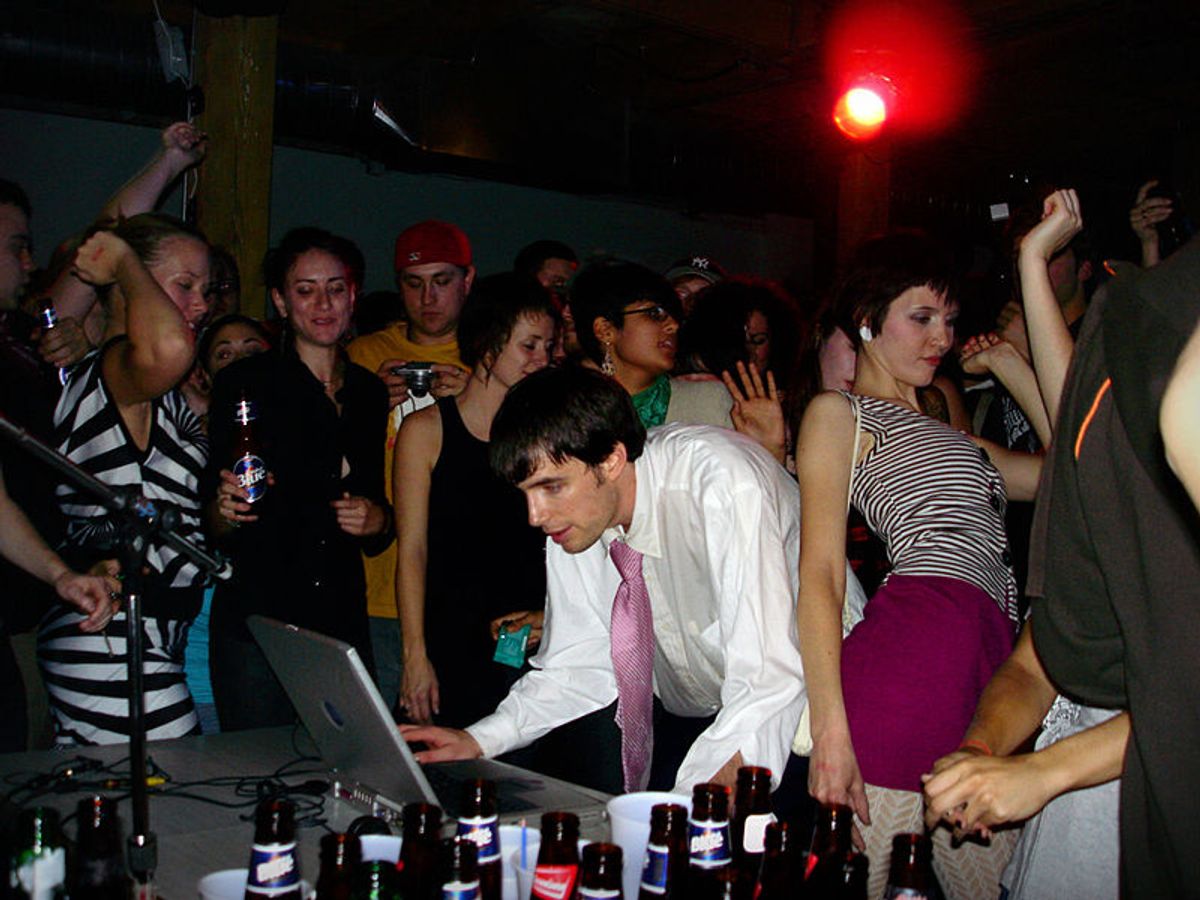 In an interview published today on MTV Hive, music producer and mashup artist Greg Gillis, aka Girl Talk, revealed plans for his next album, which he says "sounds more inspired by traditional production." And although Gillis may arguably be more mainstream than electronica great DJ Shadow, his upcoming work will emulate the music producers who came before him. "It’s especially difficult using samples but the classic heroes of that world, the DJ Shadows, have it; it’s just immediate. So that’s always what I’m aiming for," he says.

Girl Talk on his next challenge:

I feel like the next level for me isn’t adding live instruments, it’s using samples in a different way. I’m diving into slightly more obscure samples and using popular samples in different ways and cutting them up a bit more. I’m taking a break from touring and for the first time ever I’m making music that’s not concerned with the live show, [which] is liberating. Working on it gets me so fired up. I’ve been obsessed with it. A lot of these ideas have been piling up for years.

Defending the art of electronic manipulation as a live performance:

My entire life I’ve had people onstage and you can see what I’m doing — I’ve never tried to hide it — and still, to this day, you always see, “He just presses play and dances around.” I never fight it because people are going to hate but it’s kind of inaccurate, so I’ve always wanted a reason to be like, “Here’s what I do. Let me trace the history of why I do it.” Once the talk started, on what electronic performance is, I thought it was the perfect opportunity to explain. It’s pretty misunderstood from a technical standpoint, not that it has to be understood. I’m fine with people interpreting whatever they want to. But, I think people who talk shit never saw Kid606 play on a computer, never grew up listening to Negativland. The only time it bothers me is when people judge the project as if they know something more about it.

If it was a dream pick, it’d be the biggest rapper: the Kanye West or Jay-Z. Kanye is in another league. I had the chance to meet him this year. He’s such an iconic guy. He has his own vision but it’s interesting because he does keep his ear to the ground, knows what’s going on, has a lot of people around him who put him onto new stuff, and he’s quick to work with people. I’ve had a couple of friends who aren’t the biggest musicians around who have gotten flown out to Hawaii to work with him, and that’s insane. I would definitely be down to do something with him but I’ve never had a long conversation with him about music. I’m sure we’d get down.

And what it was like to actually meet Kanye West:

It was in Australia. I know his DJ Mano, who I used to work with when I did shows with Hollywood Holt. We were doing a traveling festival and did a few shows with Kanye and Mano came up to me and was like, “Do you want to meet Kanye?” I was like, “Sure, if he’s down to meet people.”

So I went backstage and they had this private party going on with someone DJing and it was cool. I met the whole crew and I went to this room and Kanye was just chilling there eating his fruit plate. They introduced me to him and I was like, “Alright, I’m going to make small talk with Kanye while he eats his fruit plate.” We started talking about his show, because I had seen the Watch the Throne tour and I had seen him a few times, so I have opinions on the shows and I threw them out there. I thought his shows went to a place where I had never seen rap shows go. It was so big and theatrical and in our couple seconds of interaction it did seem like he was engaged, even when I said something that wasn’t entirely positive. He would hang onto my criticism for a second and was open to discussing things about the show. I told him to check out my show because my music is best experienced live.