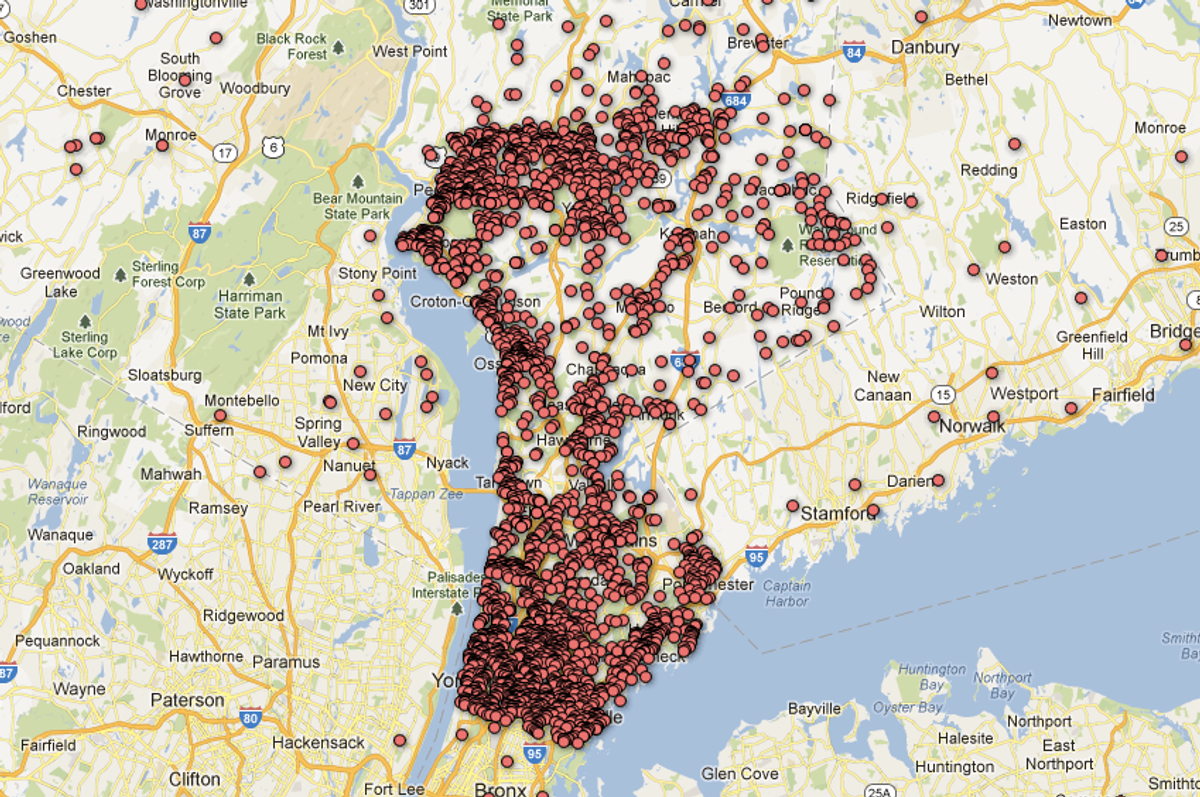 The Journal News, the Lower Hudson Valley newspaper that made headlines for publishing local gun permit holders' data last week, has now hired armed security guards to protect its headquarter office, effective until the end of the day today.

The Rockland County Times reports that "according to police reports on public record, Journal News Rockland Editor Caryn A. McBride was alarmed by the volume of 'negative correspondence'" she received following the publishing of the data, "namely an avalanche of phone calls and emails to the Journal News office."

The police, however, dimissed McBride's concerns, one of which was based on an email that questioned "what McBride would get in her mail now.” Police said that the email  “did not constitute an offense" or they did not consider it a threat, prompting McBride to hire a private investigation firm.