You can be a wine snob too! 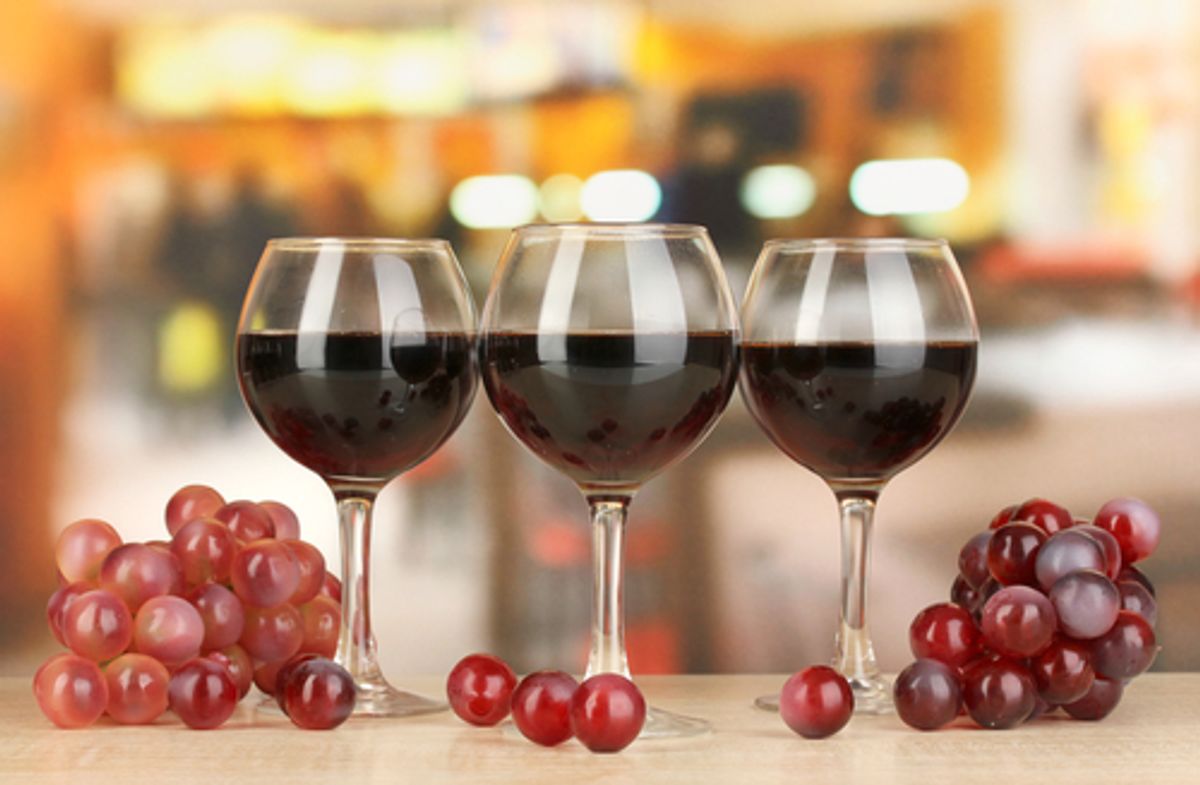 Before we discuss your five books, I’d like to find out more about the Bonny Doon Vineyard.

Bonny Doon is very much work in progress and almost a bit of performance art. It has been a lot of different things over the years – a very large and very eclectic company, producing a lot of different kinds of wine. It is always experimental and forward thinking. In recent years I am trusting and hoping that I will be very focused with the company and specifically pursue wines that express a sense of place – so-called vins de terroir. At this point that is more aspirational than actual, but I am hoping it will happen before I die!

Your first choice is Hugh Johnson and Jancis Robinson’s World Atlas of Wine,which has sold millions of copies, been translated into 13 different languages and had a huge impact on the wine industry.

What’s so amazing about the book is its compendious nature. It really covers so much. The descriptions are very to the point and I love the beautiful production values of the book. It visually captures the depth and range of the wine world. What I love best about all the illustrations are the maps. They are exquisite and so finely drawn, and really give you a strong visual of how small some vineyards are and yet how different they are in relation to each other.

And what are some of your favourite vineyards?

The ones that are most amazing to me are the Burgundian vineyards, especially in the Côte de Nuits. When you see these maps, you appreciate how teensy these little appellations are in relation to their fame and grandeur. They are often two to three acre parcels which are world famous.

That is amazing. Next up is The Accidental Connoisseur: An Irreverent Journey Through the Wine World by Lawrence Osborne, which is all about one English man’s quest to understand the world of wine.

It is a brilliant book, and I don’t say that simply because I happen to have been mentioned in it. He actually got a number of the details of our encounter quite wrong. But a good story is never compromised by strict adherence to the facts.

Oh, I can’t remember exactly but he got a few things wrong – about microbullage, for one, a winemaking technique we were using at the time. What is amazing about the book, for me, is the quality of the writing, which is lovely and very funny. He is so good at getting people to speak candidly and revealingly. He is especially good at doing that through using their own language. The subtext of the book is how language colours reality. There is this fight for language among competing ideologies.

One of the interesting scenes in the book is how he had a comparative tasting with the late [Californian winemaker] Robert Mondavi, where they looked at European and Californian wines. Osborne, being a proper European, prefers the restraint and elegance of the European wines. And Mondavi tries to steer the conversation back to how brilliant the Californian wines are, namely his wines. The words that he uses are “lively and bright”. It is interesting how this foreshadows, by a few years, the discussion of one of the American presidential advisers who describes Europe as old and tired, while America is young and positive. There is optimism in America. Although our wines might not be as complex as those in Europe, they are described as brighter and livelier.

It sounds as if some wine critics treat European wines like some people might treat their parents – as old fogies who are past it.

Something like that! There is this idea of an American can-do attitude, where our wines might not be so brilliant but they are lively.

Your next book is Roald Dahl’s Taste, a short story about a famous wine taster.

It is an amazing story. It is very funny and also captures how wine tasters can use language to assert cultural superiority. The language is so particular to a certain sort of wine taster. It is almost like a private language.

So it is the idea of the elite.

Complete elite snobbery. But the joke is that the taster who is using this language is a complete fraud. Dahl had his own issues, he was very elitist himself. The character in the book is a stockbroker who has a lot of new money, and with it he is trying to acquire taste, culture and sophistication. There is this idea that if you know the name of the wine that you are blind-tasting, you become more clever and sophisticated in being able to talk about that particular wine.

Who for you are the best kind of wine critics?

This brings up another interesting cultural war between the old world and the new world, and it may have to do with the geographical distance between European vineyards and our own shores. The American critics, particularly the wine critic Robert Parker, seem not to be especially interested in the provenance of a wine. Parker seems incurious about the context and culture of wine. He really just wants to know how things taste – just the facts, ma’am. European wine critics are of course interested in how wine tastes, but they are also interested in the context from which a wine arises. They look at the methodology of the winemaking, the style of the wine, what you might want to serve it with, that sort of thing. They are snobbish if you will, but they often have a lot more information.

Exactly. Knowledge is very important in informing your experience of wine.

Kermit Lynch's Adventures on the Wine Route looks at a wine importer’s trip to France.

It is a funny book. I was a little cross with Kermit at times, because sometimes he gratuitously trashes all the competition he doesn’t personally represent. Nevertheless it is a very realistic view of what it feels like, on the granular level, to be a winemaker and to visit a winery. What is best about Kermit’s writing is that he really captures the feel of the place. You hear how it feels in the cellar, how cold it was, the prolific fungal profusion on the cellar walls, and also he talks about the human dimension of the winemakers themselves. He is always looking for an analogy to try to explain how the winemaker’s personality is reflected in the wine itself.

He has some great turns of phrase. He says, "Loving Chablis is like falling in love with a frigid floozy."

Kermit is quite poetic! When you read his descriptions of wines and places it is kind of a vicarious thrill. If you can’t actually drop everything and head over to France, at least you can head over to his store in Berkeley and pick up a case of wine.

Sounds good. Your final choice, The Art and Science of Wine by James Halliday and Hugh Johnson, looks at the winemaking process.

This is not necessarily the world’s most poetic wine book, but it really does wrap its hands around the wine business and the nature of winemaking. There is so much detail in the land of wine, winemaking and wine appreciation. And this is one of the best overall general volumes. If someone wants to really get to grips with wine, this and the World Atlas are probably the two best volumes that just get all the detail. And this book is especially good on the technical side as well. There are other winemaking books, but if you have one wine book on a desert island this would probably be the one that you want or need.