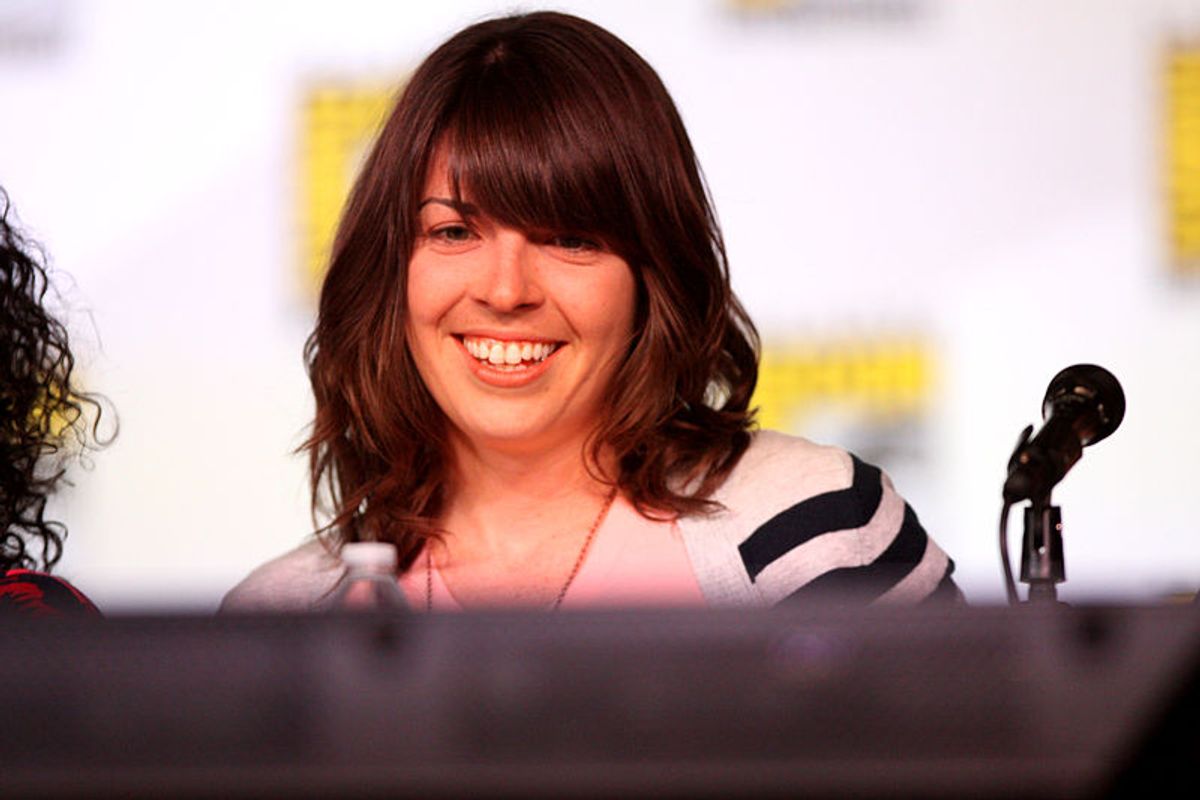 After losing its showrunner and executive producer Dan Harmon and actor Chevy Chase, NBC's dwindling comedy "Community" is facing a third major blow: the departure of one of its top writers, Megan Ganz, who as of today writes for "Modern Family."

Ganz made a heartfelt announcement to her fans on Reddit yesterday, describing the moment she first considered herself a TV writer (Ganz entered TV writing with comedy sketch show "Important Things With Demetri Martin," after working her way up at the Onion):

"Does anyone know how long it takes paper mache to dry?"

That was the first line I ever wrote for Community. I'd gotten other small jokes and similar word fragments into earlier episodes, but #208 was my first episode, and this was the first line, and I remember it went all the way from my writer's draft to set basically unchanged. Through rewrites I watched it bob along, past Harmon's mighty hammer, right on through to the table read and into the sides that were given to the actors on the first day of filming. It was like when you and your friends would race leaves down the river--if you grew up in Michigan and did that sort of thing.

We filmed the bottle episode in chronological order so this was the first line that we shot and I remember sitting at the monitors at 7 am on the first day thinking, "If they call action and no one runs in here screaming 'stop the TV-equivalent of presses,' then I will have written a line that will appear on a television show. I'll be a television writer." And the director did call action--as they do--and so I was. Just like that.

For the last three years, the sum total of my contribution to this planet (in terms of effort, passion, and things I let myself go soft and pimply for) could be described as follows: Community. Recently, I was offered a job writing for Modern Family, and although it's unclear what will happen with Community for the fifth season (or the sixth season, or the movie), I've decided to take this new position. Tomorrow is my first day and I'm excited and scared to start this new... well, everything. I'm sure the coffee will probably be the same.

Ganz goes on to bid farewell to her co-workers, but doesn't explain why she left. Wounded fans can take solace, however, knowing that Ganz wrote two of Season 4's upcoming episodes, "Advanced Introduction to Finality” and “Paranormal Parentage"; the new season kicks off in February.