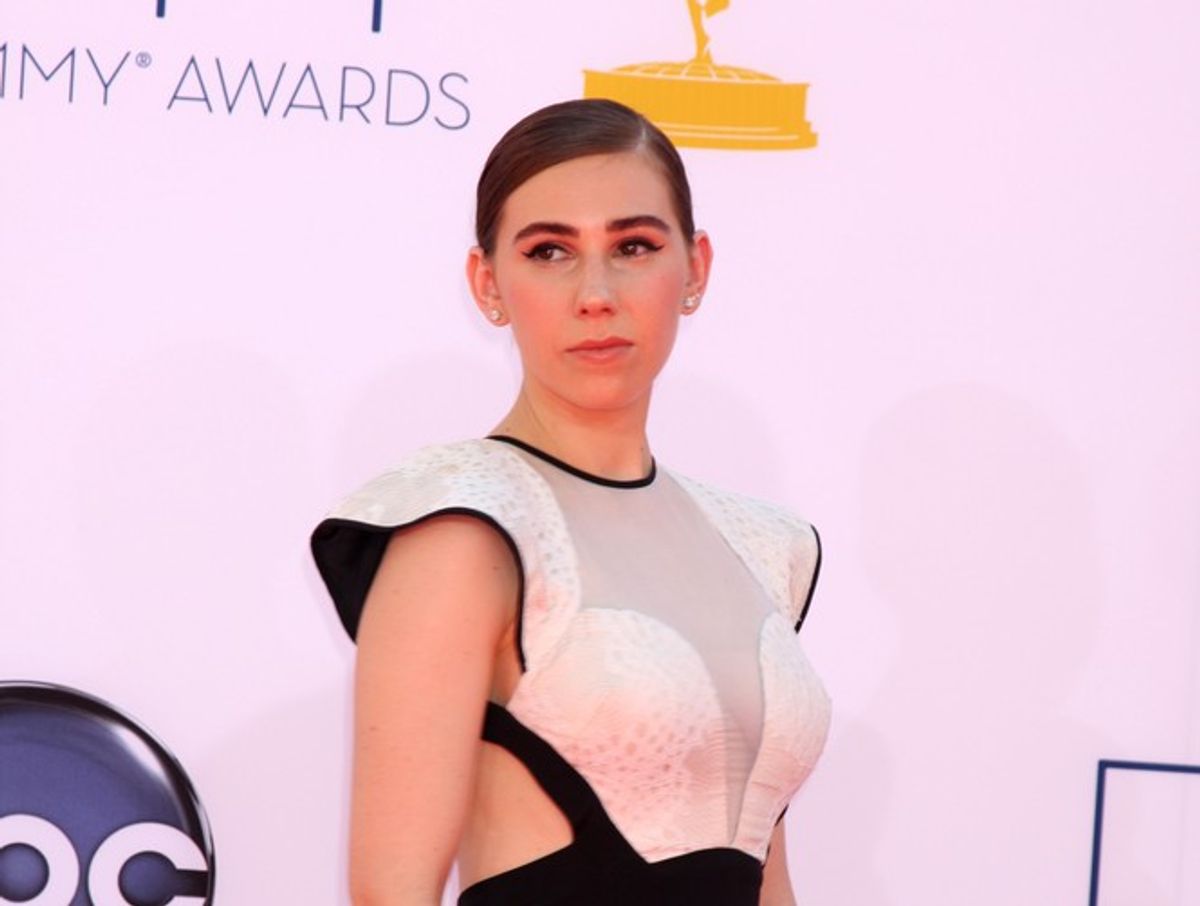 Actress Zosia Mamet wants you to know that she is not like Shoshanna, her sheltered, awkward, ditzy, yet oddly endearing character on HBO's "Girls." In a recent New York Times Magazine profile, writer Taffy Brodesser-Akner writes, "her fans really believe she’s that girl, drifting through her confused and crazy 20s just the way they are. But she’s not that girl."

Except that the way she comes off in her profile might make you think that she, like, totally is that girl.

Mamet, like all of the central actresses in the show, is a product of the cultural elite: She is the daughter of famed playwright David Mamet and actress Lindsay Crouse. And, by starring in a show about privileged 20-somethings that's created by a privileged 20-something, it makes sense that Mamet might feel the need to draw a line that separates her from the cozy, sheltered world of "Girls" and her actual life. In a four-page profile, Brodesser-Akner attempts to draw that line by saying that Mamet, a loner, does not enjoy much of the publicity that being a celebrity brings:

But she’s not Shoshanna. She’s someone else — someone who’s still getting used to the idea that you might want to tell her all about your sex life. “Like, the closeness that I guess people feel to me, things that people have shared voluntarily with me immediately, are so insane,” she says. “And I’m not an easily shocked human.”

But aside from a totally normal response to newly found fame, assuring us that she's not lost, or alluding to a few years where she was a "wild teenager," Mamet doesn't reveal enough to let us understand who she really is. In fact, the dearth of insight is so surprising that the profile almost works against her, creating stronger parallels between her and Shoshanna than might have been otherwise — she certainly talks like Shoshanna (Mamet on acting: “People are like, ‘Did you train?’ I’m like: ‘No. I’ve read a lot of plays.’ ” Mamet on high school: "I literally almost dropped out every year").

And for anyone who has seen the show (or has seen "Sh*t Shoshanna Says"), the following paragraph, written about Mamet, could easily describe Shoshanna, the oddball girl who unknowingly smoked crack, naively brought candy to an abortion and spent most of Season 1 trying to lose her virginity:

She says “like” a lot and curses plenty. “I have quite a foul mouth,” Mamet admitted. She has an interesting ability to raise and lower the temperature of her face without changing its expression much, going from warm to stoical, making you feel at times welcome, and at other times kept at a distance. She also has a funny way of uniformly replacing the word “person” with “human” — “I am not a sweets human”; “I am a private human”; “I don’t know if I would call myself a religious human” — as if she were an alien anthropologist sent to this planet to assess and report on the habits of its citizens.

The profile serves as an inadvertent foil to the show, portraying how a young, private woman is adjusting to a change brought on in her 20s. And, like Shoshanna's role on the show — which Jewcy describes as a flat character who "seems to be sitting around, waiting for [the Girls] to show up and use her as a punch line" while "they're all out experiencing life and making mistakes," Mamet comes across as a more reserved, flatter version of the actress that is likely still hiding behind the curtain.