Highway of the future is seriously smart

How a Dutch design lab could make roads cleaner, safer and weirder 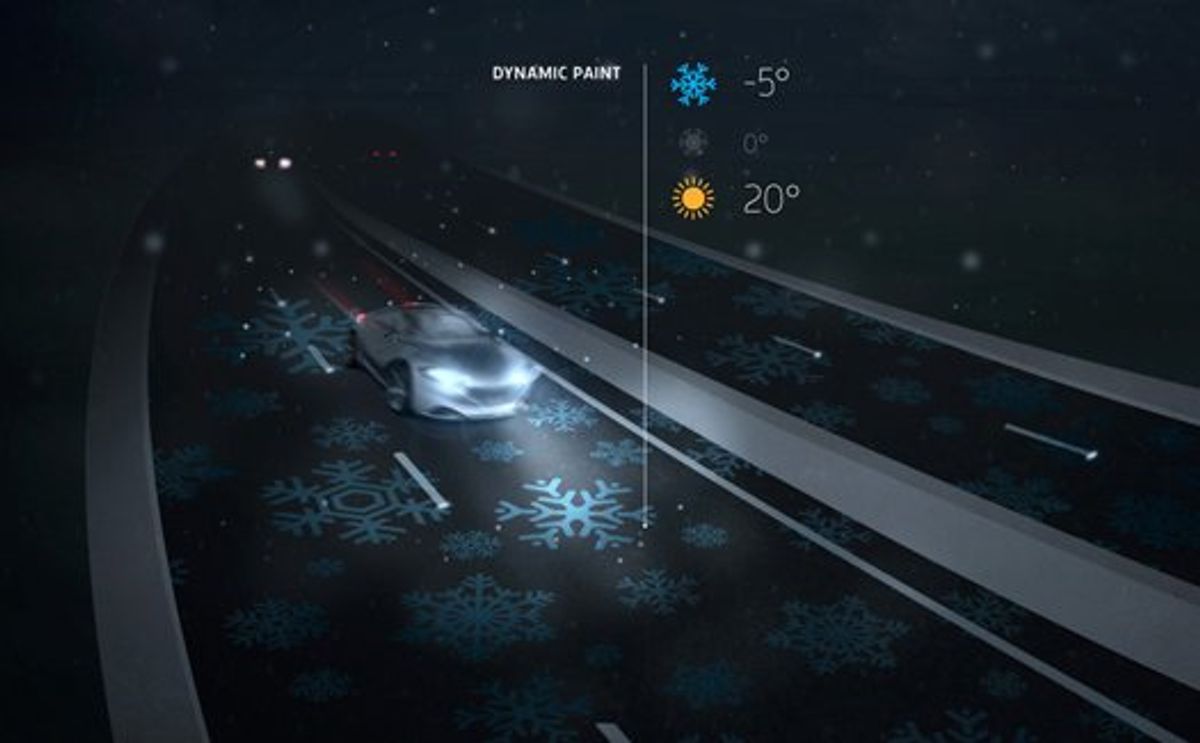 The Dutch design lab Studio Roosegaarde invents weird things. And now, the brains behind clothing that becomes transparent while the wearer is getting, ahem, intimate and a room that contracts and expands based on how hard you dance in it would like to redesign Europe's entire system of highways and roads.

According to Studio Roosegaarde the highways of the future are safer, cleaner and more environmentally sound. The lab has developed solar powered glow-in-the-dark roads that charge during the day to illuminate your evening drive, dynamic asphalt paint that transforms in response to road conditions like ice and sleet, and car lanes that double as electric car chargers by using magnetic fields under the asphalt.

These ideas might seem far out, but they're already being implemented in Holland. If all goes well during the piloting program, there are talks of implementing these upgrades across Europe.

Why reinvent the road and not the car? As Studio Roosegaarde's Emina Sendijarevic told Popular Science, it's about changing the landscape from the ground up.

By focusing on highways instead of cars, we're innovating the Dutch landscape to make 'smart driving' possible for everyone. It's about safety, creating awareness but also making roads energy-neutral in terms of lighting, and most of all: creating the experience of an icon, the Route 66 of the future.