Tween booted off Facebook starts his own social network

Too young for Facebook, an 11-year-old takes the Internet into his own hands. The rest is Web history 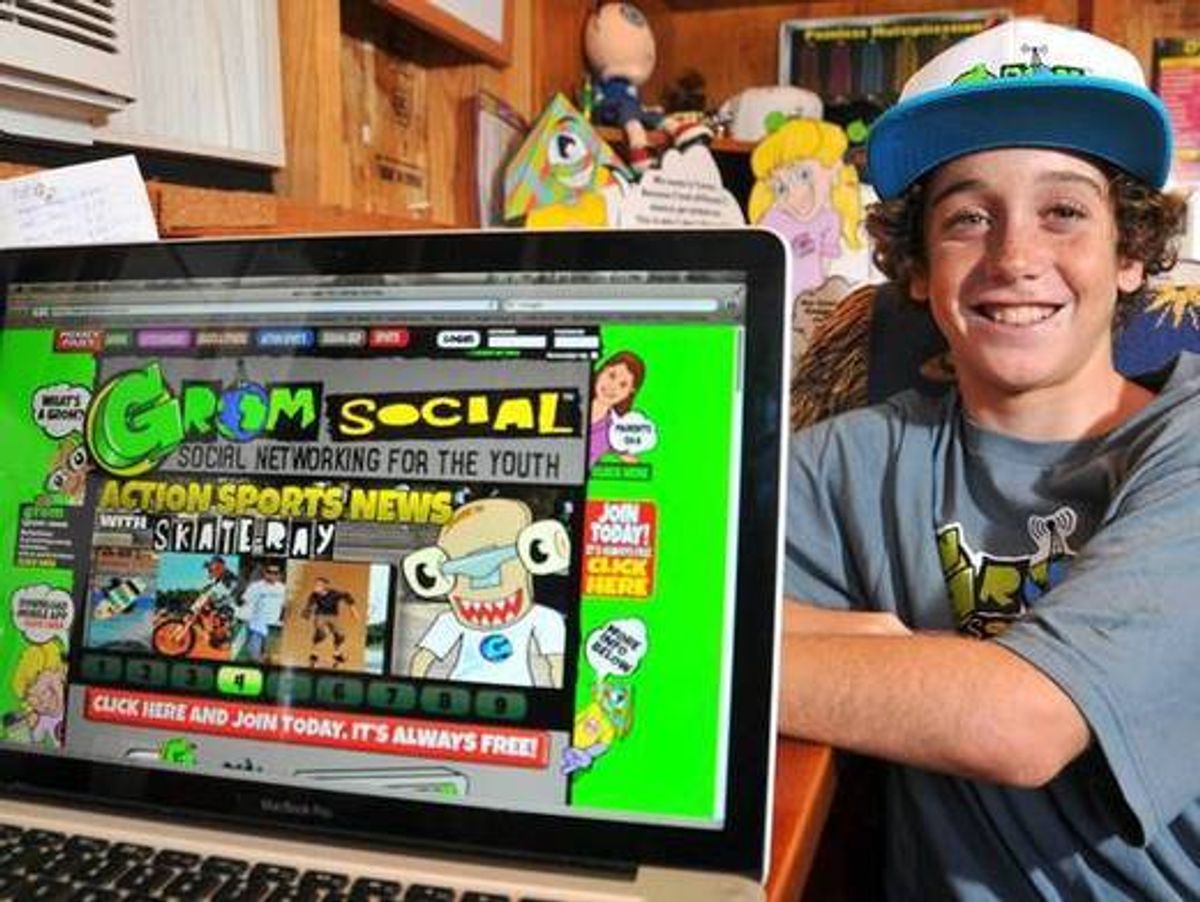 Even though he was two years too young to join the social network, 11-year-old Zachary Marks signed up for Facebook, anyway. Less than a week later, this happened:

I spent all my time on the computer chatting with friends. Then, I made mistakes. One of my adult friends cursed and posted something inappropriate, and I cursed back. Also, I friend-requested grownups who I did not know. About a day later, my dad found out. He was really mad. I had to deactivate my account.

And so begins the story of Grom Social, the social networking site for the 15 and under set that Marks founded after being summarily booted from Facebook. Even though there are other kid-friendly networks he could have joined, none really appealed to the preteen. "They were all childish," he told the "Today" show.

So Marks set out to "create a social networking place for kids that was cool with sick graphics," according to the About Grom page.  And he did. Seriously. The interface is surprisingly well developed. Sure, it's neon-bright and overloaded with content and applications for everything from chatting, video-sharing and news to homework help, but kids totally love that kind of sensory assault. (Case in point.)

Marks isn't doing it alone. There's a cadre of adults who contributed-- as Web designers and childhood education experts. Their credentials are no joke. The site isn't either.

Besides the team of Grom "helpers," the only adults allowed to join the site must be parent-approved. Parents also receive regular updates on their child's online activity via email. And for other foul-mouthed youngsters -- like Marks himself -- there is a language filter to keep cuss words off the site. Grom currently has more than 7,000 active members, and that number grows every day.

And for those of you who think an 11-year-old founding his own social network so he could stay connected is just a little extreme, consider this: CBS News reported this week that a Sacremento teenager drugged(!) her parents with sedative-laced milkshakes so she could stay online past her Internet curfew. Kids these days, man!