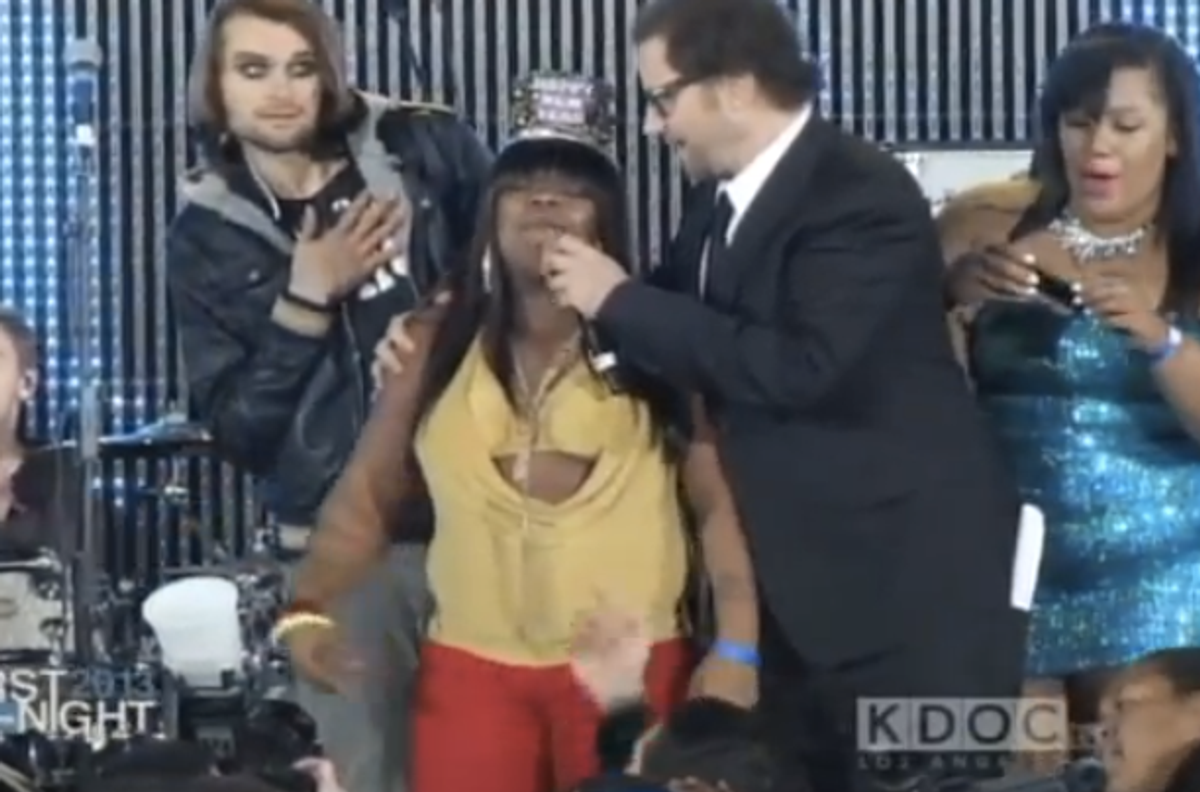 The LAist has shared a national treasure with the rest of America: Los Angeles station KDOC's strange New Year's Eve production, one that tops even Kathy Griffin's cringe-worthy behavior on CNN that night. The event was broadcast live and hosted by comedian Jamie Kennedy, featuring a performance by a seemingly confused Macy Gray, uncensored inappropriate language, numerous technical issues, and a fight on stage (Uproxx describes it as "a disaster on at least five or six levels").