Court upholds right to give police the finger 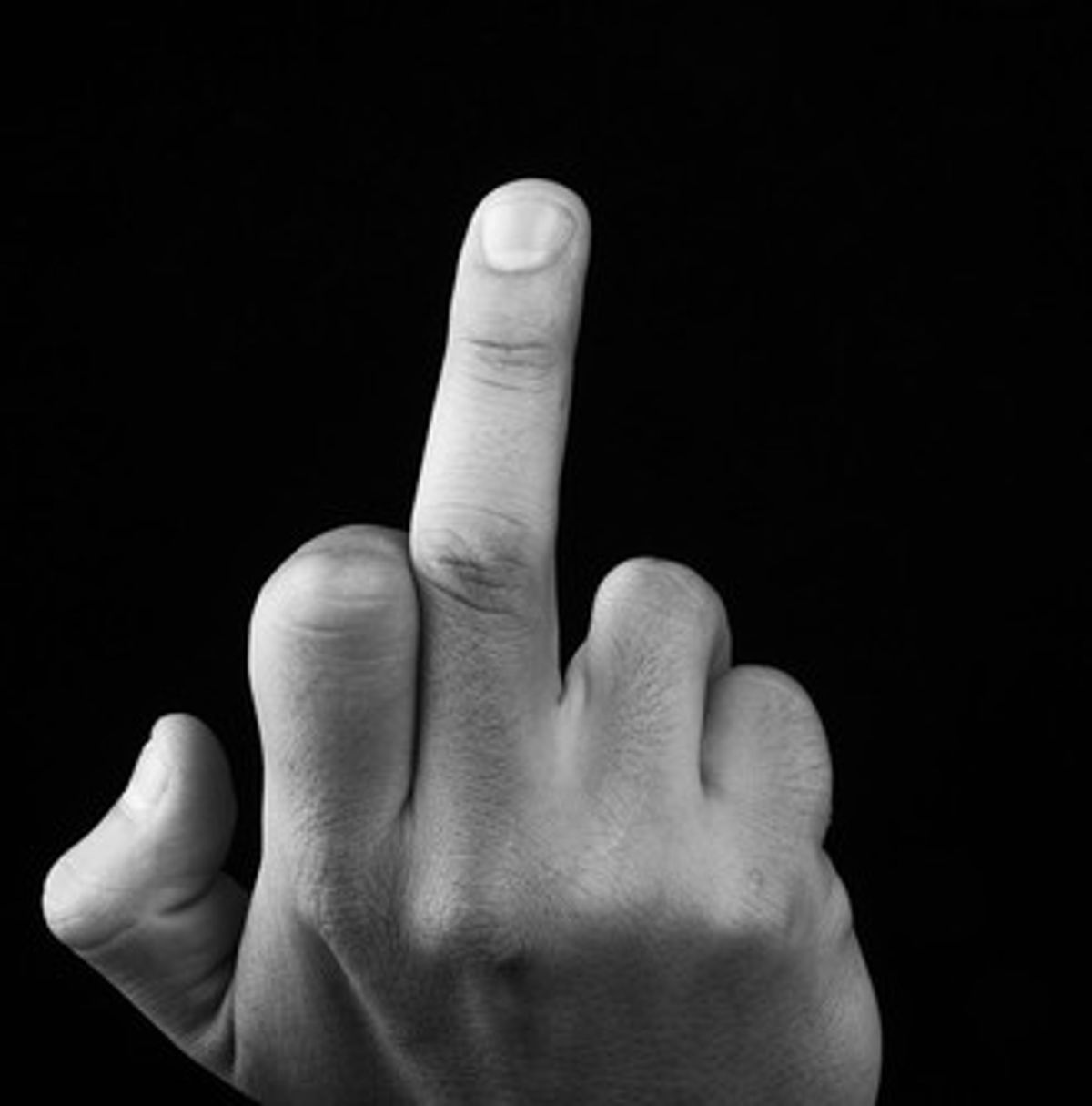 You cannot be arrested for giving the finger to police, according to a Thursday ruling in a federal appeals court.

A New York man, John Swartz, was followed by police, arrested and charged with disorderly conduct in 2006 when, according to court filings, he saw police officers with a radar detector at an intersection and "expressed his displeasure ... by reaching his right arm outside the passenger side window and extending his middle finger over the car’s roof."

The charges against Swartz were dismissed on speedy trial grounds, but he then brought a damages claim against the police -- a claim that was tossed out in a lower Albany court when the judge sided with the police's account that they had followed the man believing his hand gesture to be some sort of distress signal. On Thursday, however, the appeals court ruled against this conclusion, noting "the nearly universal recognition that this gesture is an insult." (The ruling highlights the ancient history of the insult in its footnotes, pointing out that Aristophanes wrote of Strepsiades flipping off Aristotle).

"Such a gesture alone cannot establish probable cause to believe a disorderly conduct violation has occurred," the ruling stated. Swartz can now take his damages claim against the police back to a lower court and the rest of us can rest assured that flipping the bird at authority is protected.

Swartz's lawyer went so far as to call Thursday's ruling an "important victory for civil rights." He told local reporters, "It reaffirms that just because you insult a police officer doesn't give that police officer the right to detain you or arrest you and take away your liberty."

(And if you need some practice, Bret and Jermaine are here to help:)