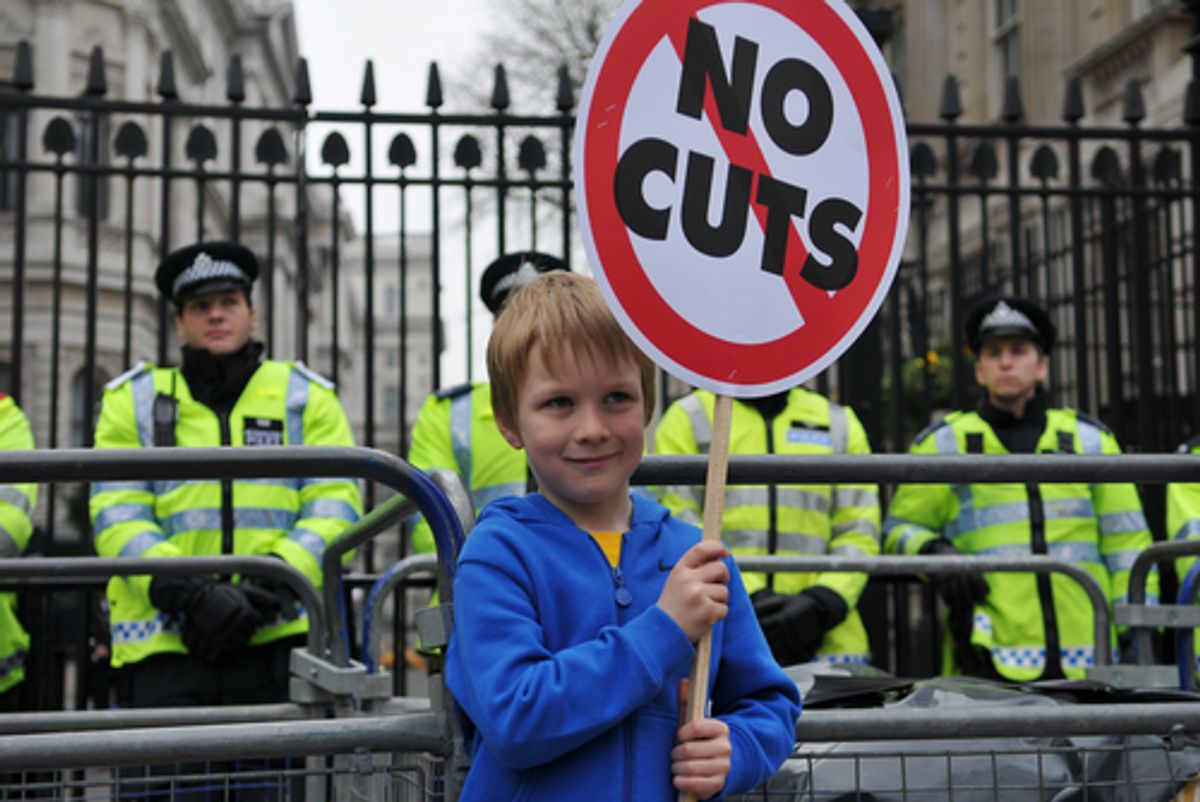 While Congress debates the details of an austerity consensus, Europe is staring at the wreckage of harsh austerity packages that have brought countries like Greece to their knees. This week, as the Washington Post reported, IMF top economist Olivier Blanchard issued an "amazing mea culpa" for failing to foresee how austerity measures would undermine economic growth.

“Forecasters significantly underestimated the increase in unemployment and the decline in domestic demand associated with fiscal consolidation,” Blanchard and co-author Daniel Leigh, a fund economist, wrote in a paper on growth forecast errors. The authors essentially admit that they failed to consider important factors about how regions might react to austerity in times of financial crisis when they advised IMF austerity policy.

In Greece, WaPo notes, forecasts in 2010 "predicted that the nation could cut deeply into government spending and pretty quickly bounce back to economic growth and rising employment. Two years later, the Greek economy is still shrinking and unemployment is at 25 percent."

The paper, which is not the official line of the IMF but rather the opinion of its top economists, stresses that fiscal consolidation (austerity) is not necessarily undesirable, but that "the short-term effects of fiscal policy on economic activity are only one of the many factors that need to be considered in determining the appropriate pace of fiscal consolidation for any single country." The paper, although highly technical, should probably be slipped under every office door on Capitol Hill.