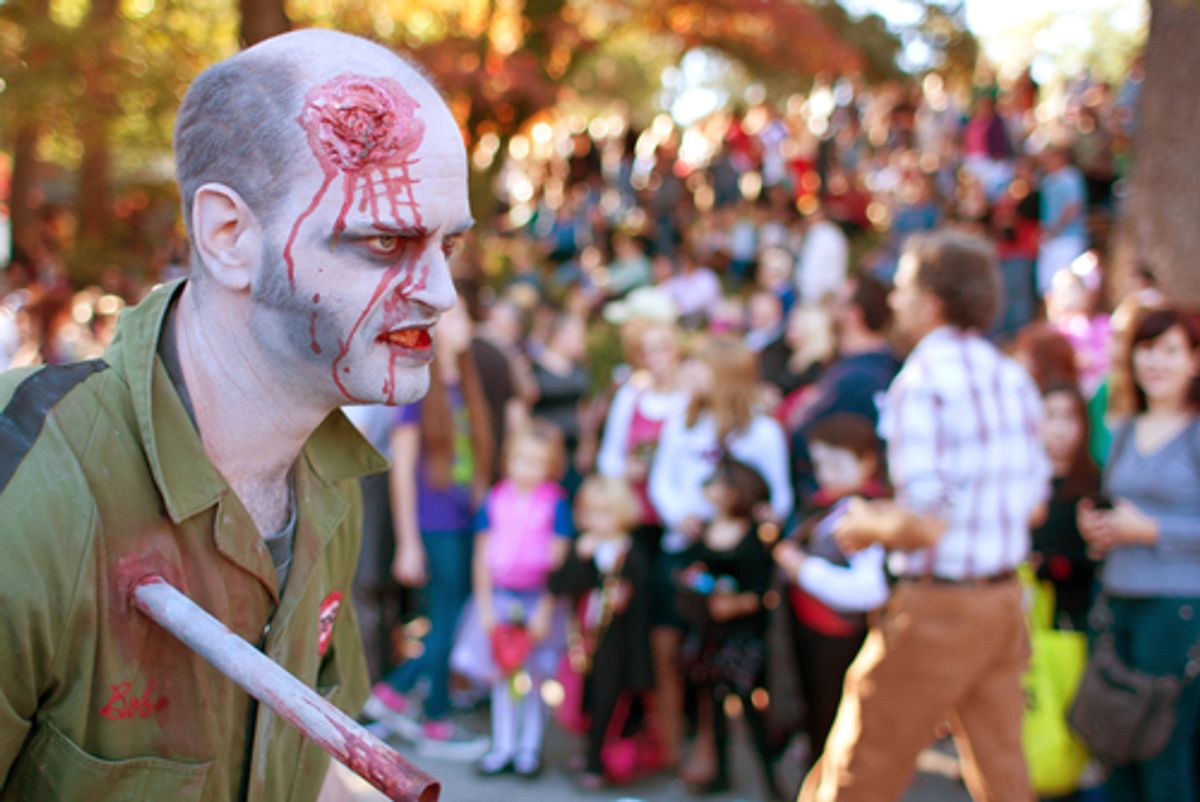 "We are not crazy. We are not paranoid. We believe in preparedness in any situation,” reads the website of the Kansas Anti Zombie Militia -- a group that is deadly (wink, wink) serious about the possibility of having to fend off humans-turned-zombies.

As the Kansas City Star reported, the group has 1,500 Facebook "likes" but a core cadre of true believers. They are zombie fighters of a very modern brand, not fearing the corpses-come-alive zombies of old but preparing for the possibility, a la "28 Days Later," of humans displaying zombie-like behavior because of an epidemic of sorts. As the Star noted:

Last month, the Discovery Channel featured the Kansas militia in a documentary that concluded that such a Zombie Apocalypse — or Zompoc — was possible. The program featured scientists who speculated some evolving virus is bound to jump to humans on our overcrowded planet.

Of course, scientists have been warning about pandemics such as bird flu that don’t produce zombies, but zombies are the hot monsters right now.

Of course, the figure of the zombie has long reflected societal fears. In the past, zombie narratives have functioned as metaphors for the fear of vengeful colonized natives, nuclear fallout survivors, the spread of AIDs and, more recently, economic collapse, globalization and overpopulation. The Kansas militia has some very practical tips for fending off a real zombie epidemic of the blood-borne infection variety, as the Star notes:

Never take on a small horde of zombies by yourself because that would be suicide, and make sure all your skin is covered because blood spatters can be infectious.

Blunt objects are better to use than, say, knives because blades tend to dull after each use. A metal bat and a collapsible baton are the two most recommended weapons.

The site also notes as “a real-life threat to humanity” a biosecurity lab planned near Manhattan, Kan.

Alfredo Carbajal, the militia’s main spokesman told the Star that being prepared for a zombie apocalypse leaves you prepared for anything. He said, "My thought is if you are ready for zombies, you are ready for anything, whether it be natural disasters, fall of government, invasion from another country — the possibilities are endless ... The point is to keep yourself and your loved ones safe.” Which, although meant in earnest, again echoes the narrative function of zombies in cultural history -- a shifting boogeyman against which existing society must be defended.