A riveting oral history in Boston Magazine reveals the full, unlikely story of how the movie came to be 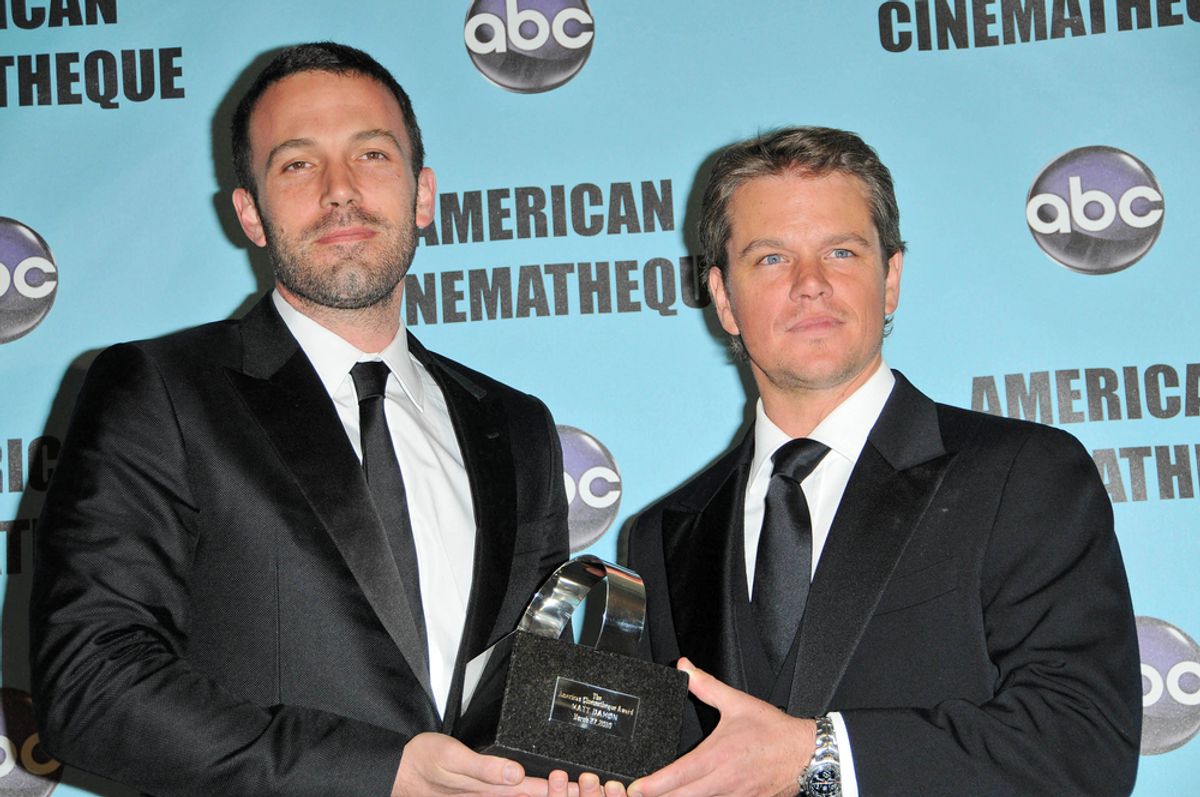 As actors Matt Damon and Ben Affleck prepare to team up for another Boston-based movie, this one about kingpin Whitey Bulger, Boston Magazine celebrated their homecoming with a riveting oral history about the original local project that started it all, "Good Will Hunting." The sprawling interview brought together "Good Will Hunting's" original crew, including Damon, Affleck, director Gus Van Sant and others, and illustrated the full, raw drama-behind-the-drama that went on to win two Academy Awards in 1998.

We all know that it started with a first draft that Damon wrote as a thesis when he was at Harvard in the early 90s. But it took several years to get the movie produced, even after most of Hollywood knew the script was gold.

Here's how it happened: Damon moved out to L.A., sleeping on Affleck's floor, where the two hacked out a thriller story, originally writing Robin Williams' character, psychiatrist Sean Maguire, with Morgan Freeman or Robert De Niro in mind:

Affleck: We came up with this idea of the brilliant kid and his townie friends, where he was special and the government wanted to get their mitts on him. And it had a very "Beverly Hills Cop," "Midnight Run" sensibility, where the kids from Boston were giving the NSA the slip all the time. We would improvise and drink like 6 or 12 beers or whatever and record it with a tape recorder. At the time, we imagined the professor and the shrink would be Morgan Freeman and De Niro, so we’d do our imitations of Freeman and De Niro. It was kind of hopelessly naive and probably really embarrassing in that respect.

(Incidentally, the scene where Will Hunting, played by Damon, meets Maguire was the only bit of the original script that survived in the final script.)

They tell Boston Magazine that they landed on Castle Rock to produce the film, but when the studio minimized the actors' roles to basically nothing, Affleck and Damon tested the execs to see if they were  really interested in the film:

Affleck: We were so frustrated that Castle Rock wasn’t reading the script, so we felt like we had to develop this test. We started writing in screen direction like, “Sean talks to Will and unloads his conscience.” And then: “Will takes a moment and then gives Sean a soulful look and leans in and starts blowing him.”

Damon: They weren’t reading the script closely anymore. It was literally probably a full paragraph about what these two characters were doing to each other.

Affleck: We would turn that in, and they wouldn’t ever mention all those scenes where Sean and Will were jerking each other off.

But then "Jay and Silent Bob" director Kevin Smith swooped in and saved the movie:

Damon: Ben gave it to Kevin Smith and said, “Will you please save us? Will you direct this movie?” And Kevin read the script and was unbelievably kind. I still remember the message. He said, “I wouldn’t dare direct this movie, this is so beautiful.” Kevin went in personally to Harvey Weinstein’s office at Miramax and handed him the script, and basically said, “Drop everything you’re doing right now and read this.”

Weinstein's first move was to remove the gay sex. Then he brought in Mel Gibson -- yes, that Mel Gibson. Things didn't work out with Gibson, however, and they amicably split, eventually teaming up with rising director Gus Van Sant instead. Van Sant and Ben Affleck met for the first time at a Denny’s because, according to Affleck, "Denny’s was sort of normal for us. Where else would we go? We didn’t even have any frame of reference of what famous people were supposed to do."

When filming finally began, Damon cried after the first scene:

Damon: The very first day, I remember we started crying, because it was a scene between Robin and Stellan. And when Gus called action and we watched these guys — I mean accomplished actors — do our scene verbatim, we had waited so long for this to happen. I remember just sitting next to Ben and I had tears rolling down my cheeks because I was just so happy and relieved that it was really happening.

Although Affleck mocks him for saying so:

Affleck: We did tear up a little bit. But why is Matt saying this shit? Like, he holds his fucking tongue for 15 years and now because it’s Boston Magazine, he says he started crying? His career is not over, you know what I mean? He needs people to believe that he’s like Jason Bourne or whatever!

And the best part of it all? More than a decade later, Matt and Ben are still Matt and Ben. According to Affleck, "The only difference is that we have pools."