Sorry, the Library of Congress isn't displaying your brilliant tweets

Unlike Thomas Jefferson's papers, your "binders full of women" pun is not currently available to the public 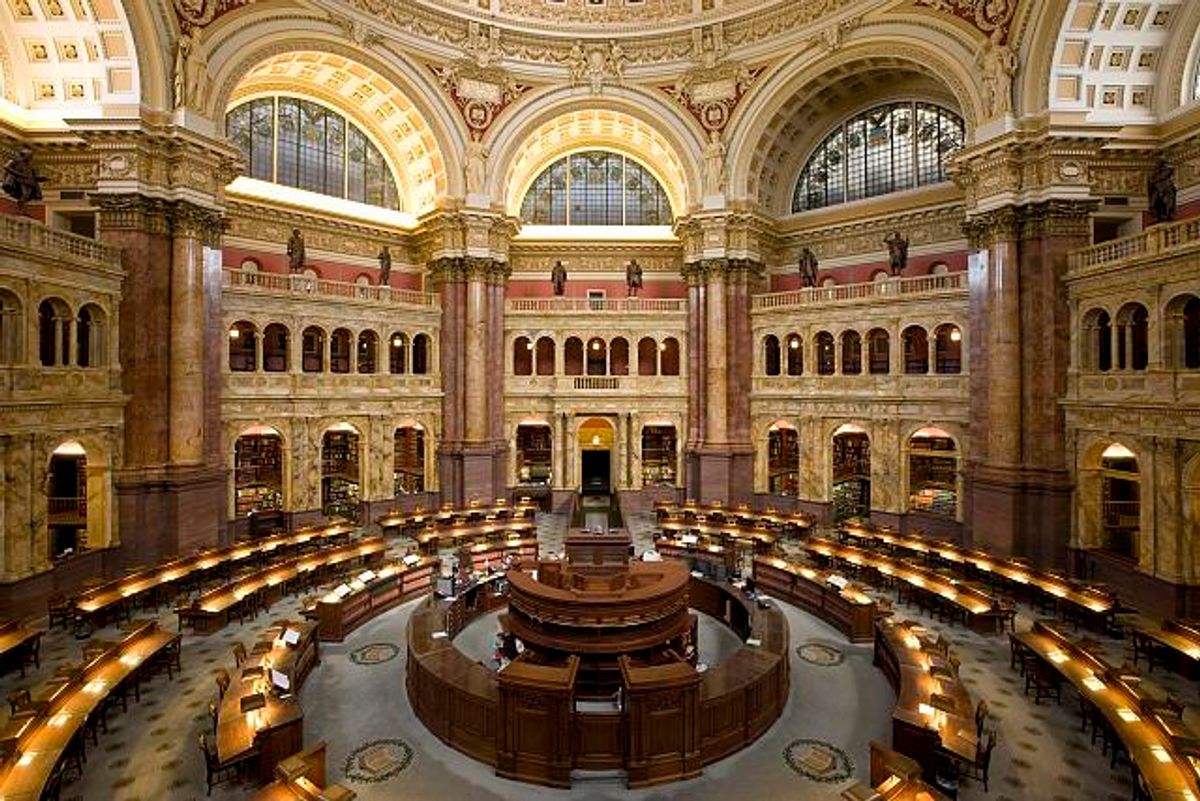 The Library of Congress has been archiving tweets at a rate of 400 million a day since Twitter launched in 2006. To date, it has preserved a mind-boggling 170 billion microposts, capturing everything from Obama's epic "Four more years" on election night to what you ate for lunch yesterday. Problem is, the library has no idea what to do with them.

“People expect fully indexed — if not online searchable — databases, and that’s very difficult to apply to massive digital databases in real time,” Deputy Librarian of Congress Robert Dizard Jr. told the Washington Post. “The technology for archival access has to catch up with the technology that has allowed for content creation and distribution on a massive scale. Twitter is focused on creating and distributing content; that’s the model. Our focus is on collecting that data, archiving it, stabilizing it and providing access; a very different model.”
Providing access to the unwieldy archive has proved difficult for the library -- budget cuts have left the institution cash-strapped in recent years -- so they're exploring the possibility of outsourcing the project. But to whom? That's anybody's guess.

The tension lies in the historical value of seeing what a person publishes, then erases. The sexually suggestive tweet that led to Rep. Anthony Weiner’s resignation is one of the splashiest examples of how deleted tweets can be significant, but even seemingly mundane deletions could carry weight with the passage of time.

The nonprofit Sunlight Foundation has a site, called Politwoops, which culls politicians’ deleted tweets in a searchable collection. Tom Lee, the director of the foundation’s Sunlight Labs, says he finds it bizarre that the library’s archive would exclude such tweets.

“You can’t make a TV appearance or press release or speech just disappear,” Lee said. “It’s not clear to me why someone should be allowed to remove something from the public record.”

A Twitter spokesman wouldn't say if the site would retroactively make deleted tweets available to the public. And like the matter of displaying the archive itself, the question of digital privacy is unlike anything the library has ever seen before. According to Dizard, "You could look at it strictly and say that anybody who puts a tweet up has published it. We have never received a collection that has ownership transferred through a click-through agreement, so that’s the difference. Most of our collections come with signed agreements or purchase. This is a different way of acquiring.”