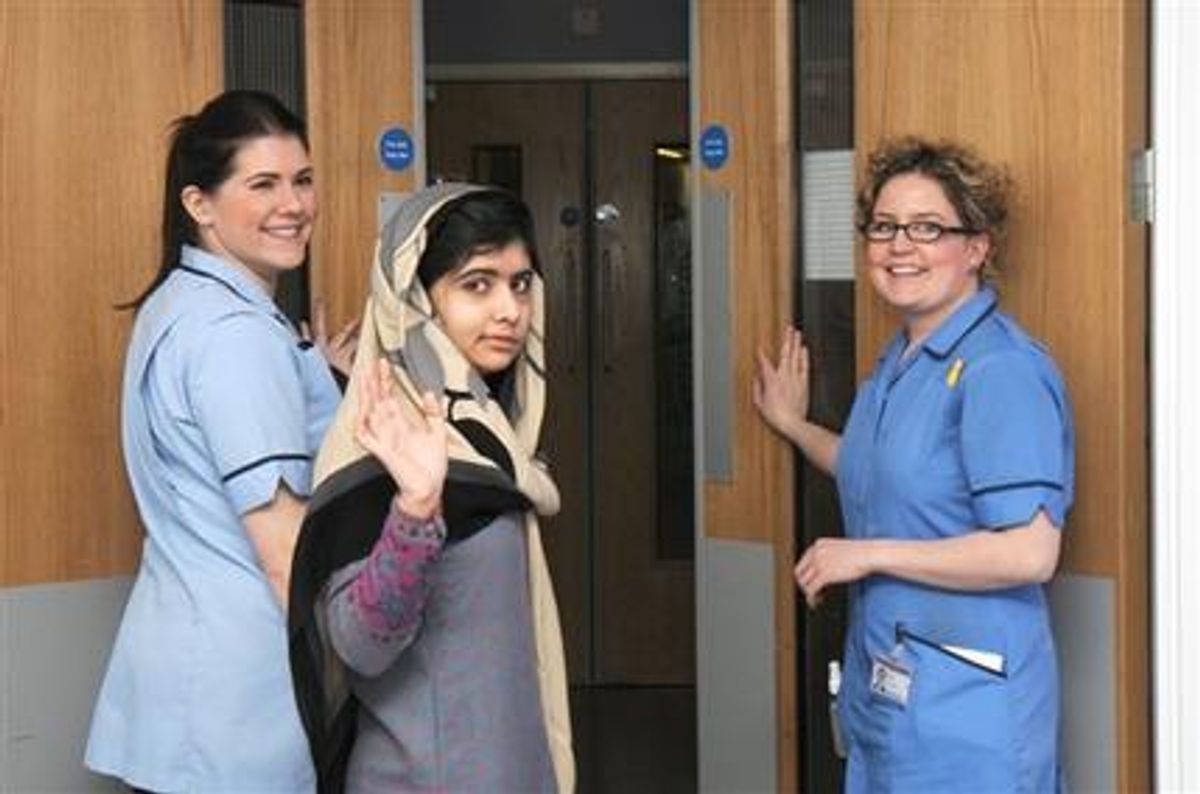 LONDON (AP) -- A 15-year-old Pakistani girl shot in the head by the Taliban for promoting girls' education has been released from a Birmingham hospital to live with her family, doctors said Friday.

Malala will live with her parents and two brothers in the UK while she continues to receive treatment, but will be admitted again in the next month for another round of surgery to rebuild her skull.

Experts have been optimistic that Malala, who was airlifted from Pakistan in October to receive specialized medical care, has a good chance of recovery because the brains of teenagers are still growing and can better adapt to trauma.

"Malala is a strong young woman and has worked hard with the people caring for her to make excellent progress in her recovery," said Dr. Dave Rosser, the medical director for University Hospitals Birmingham. "Following discussions with Malala and her medical team, we decided that she would benefit from being at home with her parents and two brothers."

Malala was returning home from school in Pakistan's scenic Swat Valley on Oct. 9 when the Taliban targeted her for criticizing their efforts to keep girls from getting an education. The militants have threatened to target Malala again because they say she promotes "Western thinking."

Pakistani doctors removed a bullet that entered her head and headed toward her spine. The decision to send Malala to Britain was taken in consultation with her family; Pakistan is paying for her treatment.

Pakistan also appointed Malala's father, Ziauddin, as its education attache in Birmingham. The position, with an initial three-year commitment, virtually guarantees that Malala will remain in Britain for now.

Her case won worldwide recognition, and the teen became a symbol for the struggle for women's rights in Pakistan. In an indication of her reach, she made the shortlist for Time magazine's "Person of the Year" for 2012.