He's been an advocate for Internet access and freedom, but it's still unclear if he'll push an agenda in Pyongyang 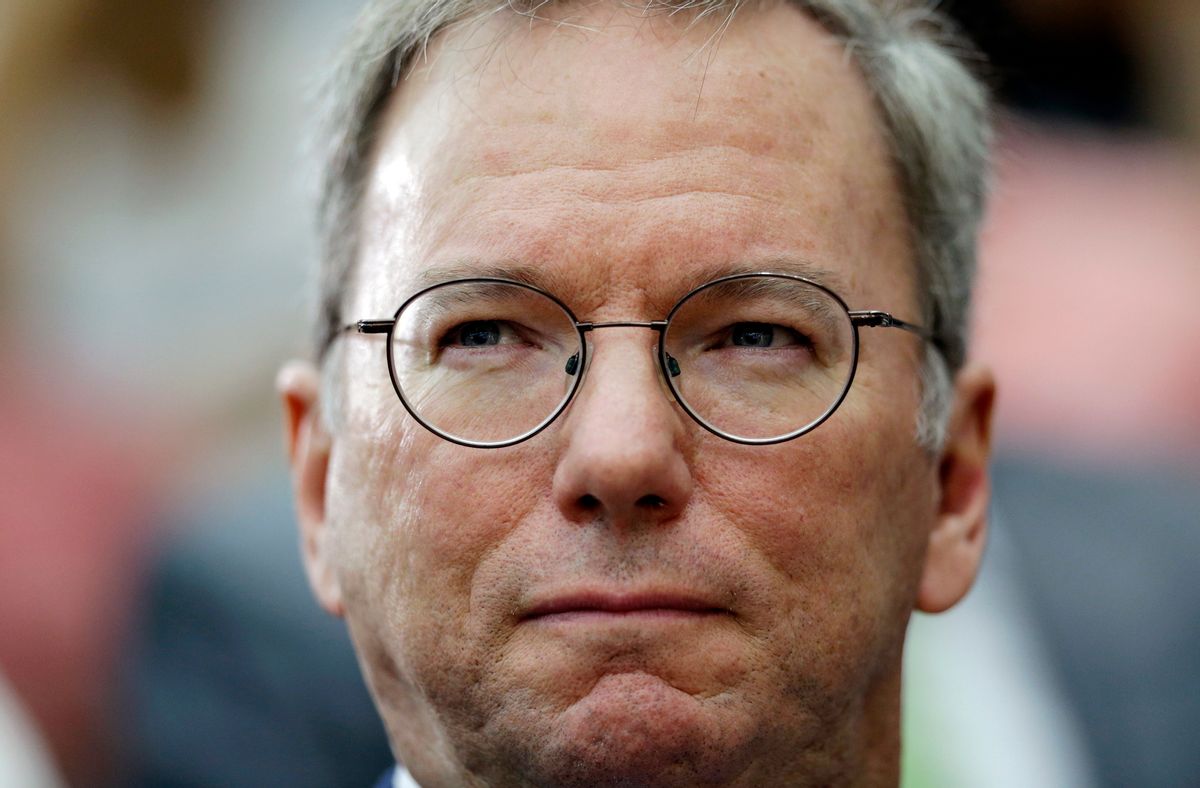 SEOUL — So, we now know that Google’s executive chairman Eric Schmidt is heading to North Korea this month.

As with virtually anything surrounding North Korea, the journey has triggered speculation and intrigue.

Google says the trip is a personal humanitarian mission, and won’t comment further. Schmidt will travel with former New Mexico Gov. Bill Richardson, a seasoned North Korea negotiator, sources have told AP. Presumably Richardon’s negotiation services will yield something other than an umbrella drink at the Pyongyang Four Seasons.

Schmidt has been an advocate for Internet access and freedom, both of which few North Koreans enjoy, although it’s not clear whether he will push this agenda in Pyongyang.

One possible attraction: North Korea has a burgeoning geek scene — and one that has already completed projects for at least one major Western media company. Kim Jong Un sees the tech sector as the cornerstone of a new domestic “industrial revolution,” according to his New Year’s Day address. Last year, a delegation of lower-level officials visited Google’s headquarters, the LA Times reported.

Again, this being North Korea, knowledge of Kim’s techies is patchy. In late December, North Korean programmers launched a video game called Pyongyang Racer, which lets gamers drive around the capital, through “authentic” Pyongyang cityscapes. You can see “a bigger version of France's Arc de Triomphe,” according to the game’s website, and “obey the traffic wardens, which are a sight unique to the streets of Pyongyang, despite the overall lack of traffic.” It’s not exactly Google Earth, but the programmers are apparently competent and very cheap.

Pyongyang Racer was produced by Nosotek, North Korea’s first and only software joint venture, a studio of 30 employees that was founded in 2007. Nosotek has quietly churned out various popular games, including one “very big” role-playing game for the Nintendo Wii, according to the company’s German president, Volker Eloesser. Nosotek has also created award-winning medical software, and one of its iPhone apps once reached Apple's Top 10 list in Germany, Eloesser said.

North Korea is under United Nations sanctions that bar commerce with companies engaged in the arms trade — a rule that doesn’t apply in Nosotek’s case. Still, “Customers don’t want us to mention their names,” said Eloesser, because the “Made in North Korea” label carries a stigma.

Pyongyang Racer, it turns out, had a secret predecessor. Eloesser said the project was based on an earlier racing game, developed by Nosotek and published on Facebook by “one of the big players in the social media market.”

After Eloesser had a chat at a North Korean beer bar with Nick Bonner, the co-founder of Koryo Tours, the project was transformed into the Pyongyang-themed version. “We thought it would make a great game, so we paid for it to be developed into a more playable game,” Bonner said.

Nosotek’s geeks apparently aren’t the only ones creating games. In 2007, a unit of Rupert Murdoch’s News Corp. released two mobile phone games that were based on the 1990s films "Men in Black" and "The Big Lebowski" and were developed by North Korea’s General Federation of Science and Technology, according to Bloomberg.

While North Korea is certainly not a tech hub like India or China, its regime thinks technology can help solve its economic rut. The government does business with outsiders to bring in much-needed foreign currency.

Students with computer skills are identified at a young age and sent to a specialized middle school in Pyongyang. Many of them move on to the elite Kim Il Sung University and to Kim Chaek University of Technology, the MIT of North Korea.

While these institutes have produced thousands of legitimate programmers, anti-government refugee groups claim the schools also train hackers for North Korea’s cyber-warfare command. The unit has launched dozens of cyber-attacks on servers in South Korea and the U.S., South Korean intelligence officials claim.

Nevertheless, some companies think the benefits of working in North Korea outweigh the risks of disrepute. “The sales pitch is price and quality, compared to Indian companies,” said Eloesser. Labor costs in North Korea are about half of those in China.

In China, “it often happens that people quit their job to hunt for better salary before a project is completed,” he added. With the dearth of business competitors, North Koreans are unlikely to defect to another company or to leak intellectual property.

The culturally distant hermit kingdom, though, can create conundrums for Western managers. Eloesser said that North Koreans usually don’t question orders, and will follow instructions even if a project is unfeasible — although this is a common obstacle all over East Asia, he claims.

“By now, the local management is doing a good job,” he said, reflecting on their fast learning abilities. He no longer lives full-time in Pyongyang but rather hands off the hard tasks to his North Korean fellows.