Exercise can provide an excellent escape from addiction. A sober marathoner offers 8 reasons why 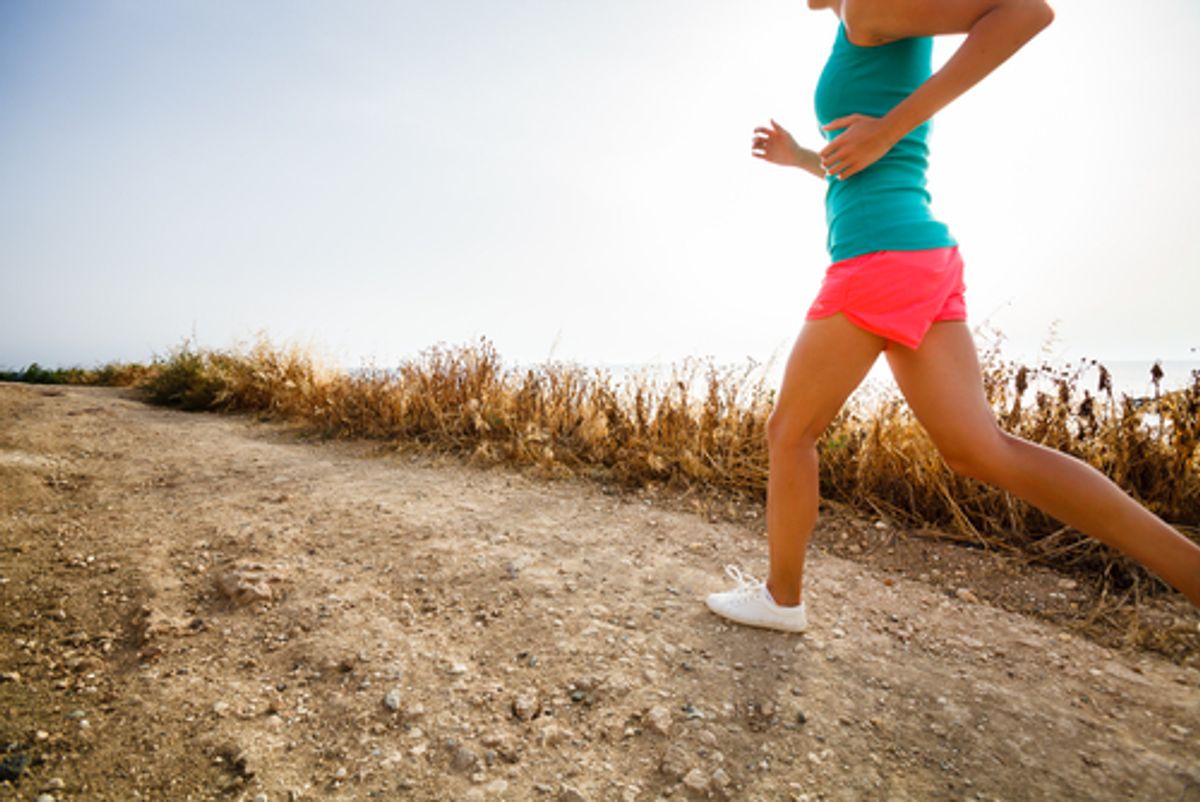 Many drunks won’t be swayed by the symbolism of a turned calendar page. But each year, plenty of chronic drinkers and struggling alcoholics figure that January is a chance for a fresh start. To them, I say run. You’re already pre-programmed to chew up the pavement—even tackle a marathon. In fact, you’ve spent a good chunk of your bleary-eyed, morally dubious days and nights developing the perfect toolbox: single-minded focus; endurance; tolerance for mental and physical distress; prowess at spending time alone; aptitude at navigating embarrassment. You can use these tools to build a new house, rather than deepening the ditch. So for the newly sober, instead of fretting about how far you have to go, here are eight reasons why you should think, “look how far I've already come.”

You know how to keep your eye on the prize. You’ve gutted out hangovers and sweated through anxiety-ridden mornings—all while trying to ignore the song of that first cool sip, the delicious sigh waiting in the cooler case or kitchen cabinet or bartender’s hand. Just get to noon, to 1 pm, to the somewhat respectable hour of 3 pm (that’s when the school day’s done, after all). On the other side of the coin, you’ve danced full-tilt boogie through weekend benders, uncapping and uncorking on waking, passing out and then hitting repeat, often on little food and water. This stick-to-itiveness will serve you well during the long miles of a marathon. You’ve run into doors, pavement and all manners of immovable objects and kept on going—so you’ll be ready when the marathon’s wall starts cracking its knuckles around mile 18.

2. Tolerance of physical and mental distress

You’ve probably woken up with bruises and cuts, perhaps a sprain or broken bone, so you won’t be freaked when a blackened toenail falls off during training. You’ve certainly come to with skull-splitting headaches, a tongue like cactus skin, and wincing rays of guilt slicing your brain. You’ve forced yourself to work, woozy and nauseous. You’ve thrown up in the bushes and then stumbled into the office. You know scalding heartburn and beer shits. You’ll be able to handle any race-day GI issues stirred up by the mix of Gatorade, energy goo and nerves. Plus, you’re used to the performance anxiety of just being awake, so you won’t be so fazed by the starting-line jitters.

You’re a master at sourcing public piss-spots, with a sharp eye for the smallest slice of cover: a lamppost, a sapling, your own shadow. You’ve had no previous problem just whipping it out, or down as the case may be. So you can save yourself valuable time by skipping the lines for the Porta Potties along the race course.

For years, you either convinced yourself things weren’t as bad as they really were or simply censored the subject. You’ve honed your self-deception and denial skills. In the beginning, you’ll need to channel that delusional thinking to convince yourself you can run around the block, around the track, or a half mile, when your heart is laughing at you and your brain reminds you that you haven’t broken an honest sweat since elementary school. These powers of persuasion will also come in handy in a 26.2-miler, when your thighs turn to fire hydrants and you still have seven miles to go.

You already spend quite a bit of time alone, huddled in the corner of your head. You know the contours well, the dark corners and the soft spots. And you'll dwell there as a marathoner, too. Four-plus lung-heaving hours with no energy to spare can reveal a lot. Including, to quote Leonard Cohen, the cracks where the light gets in. That supple head space is also the perfect canvas upon which to start drafting your apology letters.

You’ve done the Terrible Math: tallying the number of drinks you had the night before, converting wine and beer and shots into 12-oz. increments. You've had a personal ounces number, which you've pledged, with the best of intentions, not to exceed—at least not during the work week or at holiday parties. So you’ll have little problem calculating your pace per mile, your caloric intake and burn, or the number of carbs you’ll need to preserve the precious glycogen energy stores in your legs.

Check out some race photos. You’ll see plenty of runners with painful grimaces on their faces, wild sweat-flattened hair, bloody nipples, shorts billowing up to show dimpled cheek, stained crotches and wet ass cracks. And often a gait that looks decidedly zombie-apocalyptic. There may be college-era pics of you with a pair of hairy balls sharpied on your forehead or with your skirt up over your head: You are the dark, sloppy star of family lore. Your tolerance for ridicule is high.

What Running Can Do for You

If you’ve read this far, maybe you're serious about cleaning up. You should know that whatever recovery bricks you lay down, when you quit you'll be left staring at a void. It can be scary and cavernous. You'll probably start filling it with food. Lots of food. Many folks pack on a good 20-30 pounds the first few years. Lacing up will guard against that. But beneath the flesh, you'll melt away other, more significant nasties: some moral and emotional cellulite. So just in time, here are six reasons why running is also the perfect balm for your now-miserable sober ass.

Running allows you both to escape yourself and to tunnel within. At the same time, with every step, you'll be reminded that you can’t truly run away from your problems or your past: Your head will always be on your shoulders and your demons will keep on clearing their throats and flexing their biceps. But the more you run, the more they’ll tire.

2. Therapy, Prozac and priest rolled into one

Every runner has a story and the road is a good listener. There are plenty of addicts, one-time assholes and angry bitches in the ranks, as well as the formerly-homeless, orphans, widows, maimed veterans and the otherwise-stricken. Start telling your tale to the most important audience of all: yourself. You'll find that you incrementally rejoin the human race—a spiritual conversion in and of itself. And don’t underestimate the power of endorphins. You won’t get fucked-up off the runner’s high and it may take a while to start feeling that particular swoon, but when you do, you’ll find yourself in tune with the world, juiced with affection, potency and above all, clarity. A bearable unbearable-lightness.

Except when it comes to getting your drink on, thinking about getting your drink on, and muting the volume on each, you’ve been stagnant for years. Running will inject forward progress into your life, at first physically, then emotionally and psychologically. It's a “do” to balance out the “don’t” of not drinking. Sobriety doesn’t have to bring a screeching halt: With one foot in front of the other, one run at a time, every mile a small victory, running can translate symbolism into reality.

You’re probably familiar with the vacuous soundtrack of joylessness, and are perhaps no stranger to cowardice. Running will allow you to take action, and to soften some of your hard places, opening space for confidence to start seeping in. Getting out the door, gathering at a starting line, will teach you to be present—and that the first step to any true success, large or small, is simply showing up.

Hit the road solo or dip in and out of the running community. Members are supportive, but also respectful, and understand the strong individual component that dwells at the heart of running. You will often get a wave and a knowing look. That sliver of comfort can make your morning. You may even get a little company for a mile or two. Or you can politely wave it away. Runners don’t judge other runners.

6. The joys of ownership

You’ll learn to run in all conditions: through puddles, on ice, in snowstorms, in the dark. As the miles pile up, running will change your relationship with your environment, external and internal, and allow you to own the rain, the cold, the streets, your chaos, your joy and fears, your breath, your heartbeat—yourself.

Caleb Daniloff is the author of “Running Ransom Road: Confronting the Past, One Marathon at a Time.”