10 banks agree to pay $8.5B for foreclosure abuse 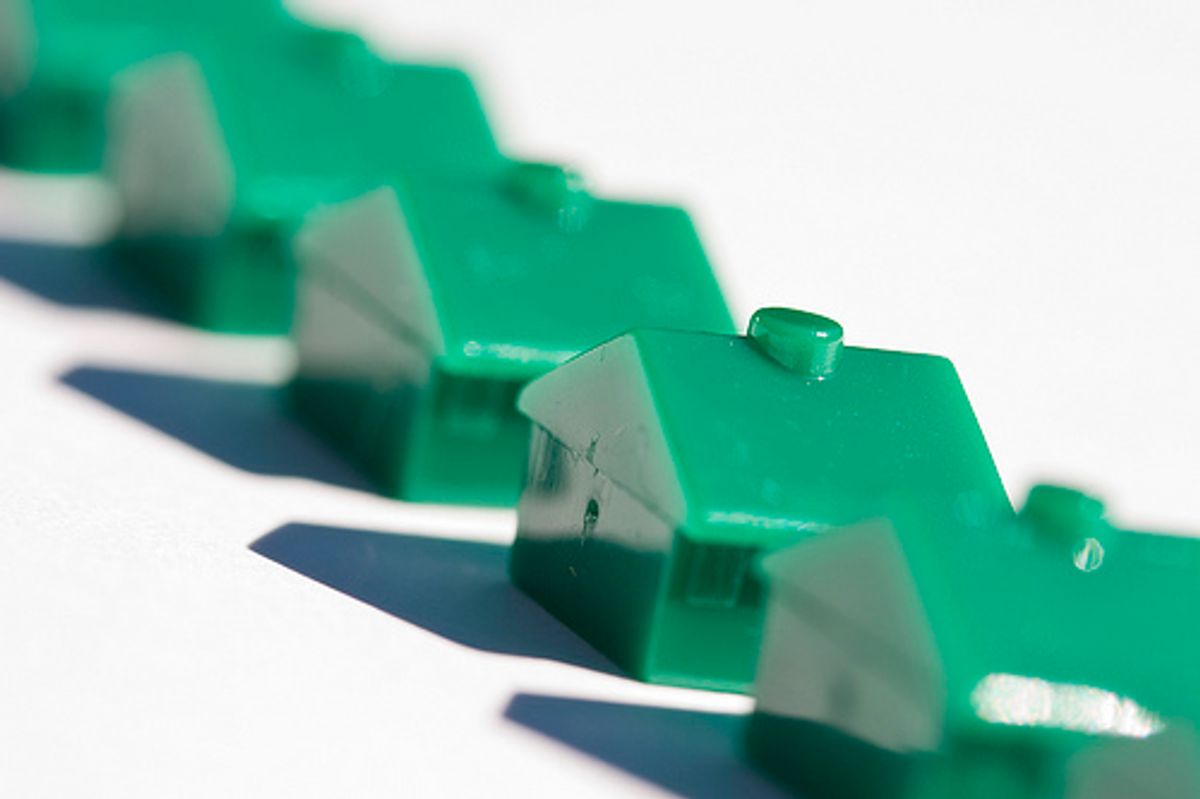 WASHINGTON (AP) — Ten major banks and mortgage companies agreed Monday to pay $8.5 billion to settle federal complaints that they wrongfully foreclosed on homeowners who should have been allowed to stay in their homes.

The banks, which include JPMorgan Chase, Bank of America and Wells Fargo, will pay billions to homeowners to end a review process of foreclosure files that was required under a 2011 enforcement action. The review was ordered because banks mishandled people's paperwork and skipped required steps in the foreclosure process.

Under the new settlement, people who were wrongfully foreclosed on could receive from $1,000 up to $125,000. Failing to offer someone a loan modification would be considered a lighter offense; unfairly seizing and selling a person's home would entitle that person to the biggest payment, according to guidelines released last summer by the Office of the Comptroller of the Currency. Monday's settlement was announced jointly by the OCC and the Federal reserve.

The agreement covers up to 3.8 million people who were in foreclosure in 2009 and 2010. Of those, about 400,000 may be entitled to payments, advocates estimate.

About $3.3 billion would be direct payments to borrowers, regulators said. Another $5.2 billion would pay for other assistance including loan modifications.

The deal "represents a significant change in direction" from the original, 2011 agreements, Comptroller of the Currency Thomas Curry said in a statement.

Banks and consumer advocates had complained that the loan-by-loan reviews required under the 2011 order were time consuming and costly without reaching many homeowners. Banks were paying large sums to consultants who were reviewing the files. Some questioned the independence of those consultants, who often ruled against homeowners.

Curry said the new deal meets the original objectives "by ensuring that consumers are the ones who will benefit, and that they will benefit more quickly and in a more direct manner."

"It has become clear that carrying the process through to its conclusion would divert money away from the impacted homeowners and also needlessly delay the dispensation of compensation to affected borrowers," Curry said.

Some consumer advocates said that the agreement lets banks off the hook for payments that could have ended up being much higher.

"It's another get out of jail free card for the banks," said Diane Thompson, a lawyer with the National Consumer Law Center. "It caps their liability at a total number that's less than they thought they were going to pay going in."

Leaders of a House oversight panel asked regulators for a briefing on the proposed settlement on Friday. Regulators agreed to brief committee staff after the settlement was announced on Monday.