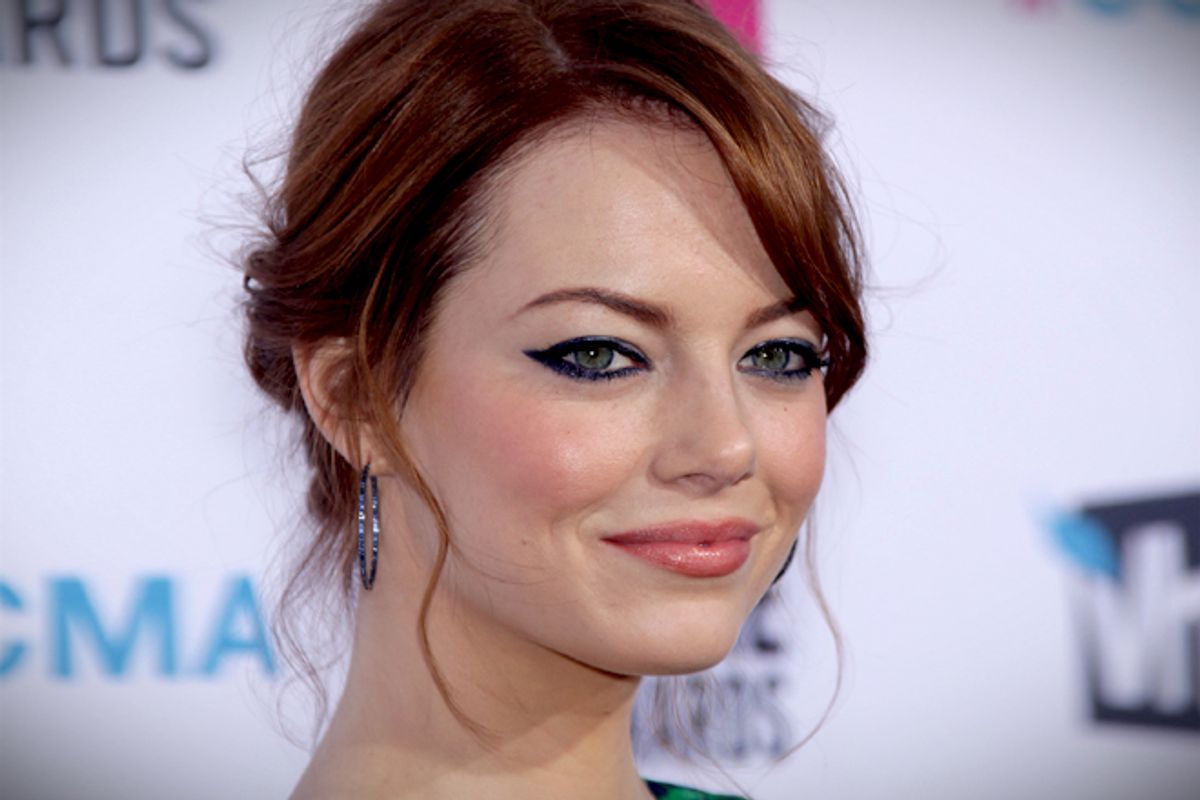 The breakout star of last year's Oscar ceremony, Emma Stone, will join host Seth MacFarlane for Thursday's early-morning Academy Award nomination announcement, the Academy announced via press release. The nominations ceremony, held at 5:30 a.m. in Los Angeles each year, is usually one of the entertainment calendar's oddest events, with the president of the Academy of Motion Picture Arts and Sciences and a past Oscar nominee or winner (hi, Kathy Bates!) trying to rally the enthusiasm of the pre-caffeinated viewers and press for "best foreign language film" category.

Stone, who catapulted herself to ultra-fame with a song at last year's boring ceremony about the best visual effects nominees, will definitely have the bordering-on-manic energy to make the nominations ceremony something different. And if, as this year's Oscar host, MacFarlane is breaking out Emma Stone this early in awards season, the ceremony this year will likely have very little in common with Billy Crystal's hosting gig last year.