The myth of conflict-free diamonds 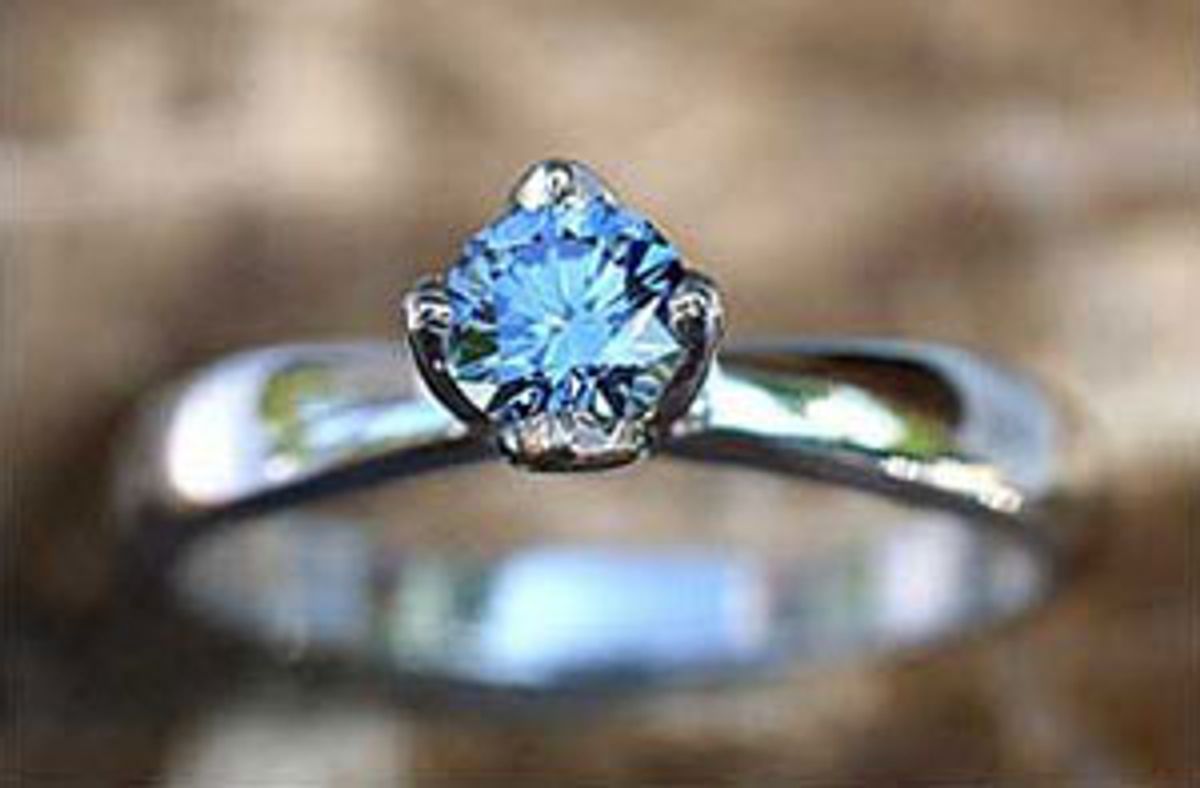 According to a recent piece in Foreign Policy, the odds are a staggering 1 in 4 that a diamond on the market today is a conflict stone. What's even more troubling: It's become nearly impossible to tell the difference between the clean and dirty gems.

After being shipped in from Africa, Central Asia, and other mining hot spots, thousands of diamonds end up in Surat everyday, a growing metropolis in the Indian state of Gujarat. Once there, stones of different origins -- both legal and illegal -- are mixed together to get cut and polished inside the city's many microfactories. As Foreign Policy's Jason Miklian writes:

In Surat, I discovered legitimate merchandise mingling openly with undocumented diamonds in a trading free-for-all. Indeed, so-called conflict diamonds -- illicitly mined stones that fund conflicts in the world's war zones -- are for sale by everyone from small-time street hustlers to the Indian government itself. And the entire system is protected by an intricate familial society of brokers and middlemen that operates almost exclusively on the black market.

Once the Gujarat Mail reaches the end of the line in Mumbai, the stones have had their damning histories washed away, and buyers ship more than $40 billion of certified merchandise annually out of a country that international authorities say is clean. But if you own a diamond bought in the 21st century, odds are it took an overnight journey on the Mail. Odds are too, you'll have no idea where it really came from.

The result of this mix-and-match style of diamond sourcing is that the Kimberly Process -- an international trade standard established in 2003 to prevent "conflict diamonds" from entering the market -- is nearly impossible to enforce. In fact, verifying each stone's origin has become so difficult that many dealers have just stopped asking questions.

The global diamond market has turned the small town of Surat into an international business center where more than 90 percent of the world's unpolished diamonds are now processed. But in addition to the lax oversight that allows conflict diamonds to freely mingle with those that were legally sourced, the processing factories themselves have become notorious for their hazardous working conditions. According to Miklian:

After two decades of constant squinting and 100-hour workweeks, most boys who come here to make their fortunes in the polishing trade no longer have the eyesight to do the work. By 35, if they haven't been lucky enough to become dealers, those polishers already suffering from early-onset vision loss are shown the door and left to fend for themselves. And decades of continuously inhaling microscopic diamond grains often leads to tuberculosis and respiratory diseases ("diamond lung," as it's called locally), which afflict tens of thousands of workers. Most go back to their villages to try to farm the land they abandoned years earlier — literally sent out to pasture.

The piece is long, and devastating, but well worth a read. And for those still in the market for a diamond? If you don't want your bling to come with ethical and ecological baggage, you might want to consider a synthetic stone. Better safe than sorry, right?