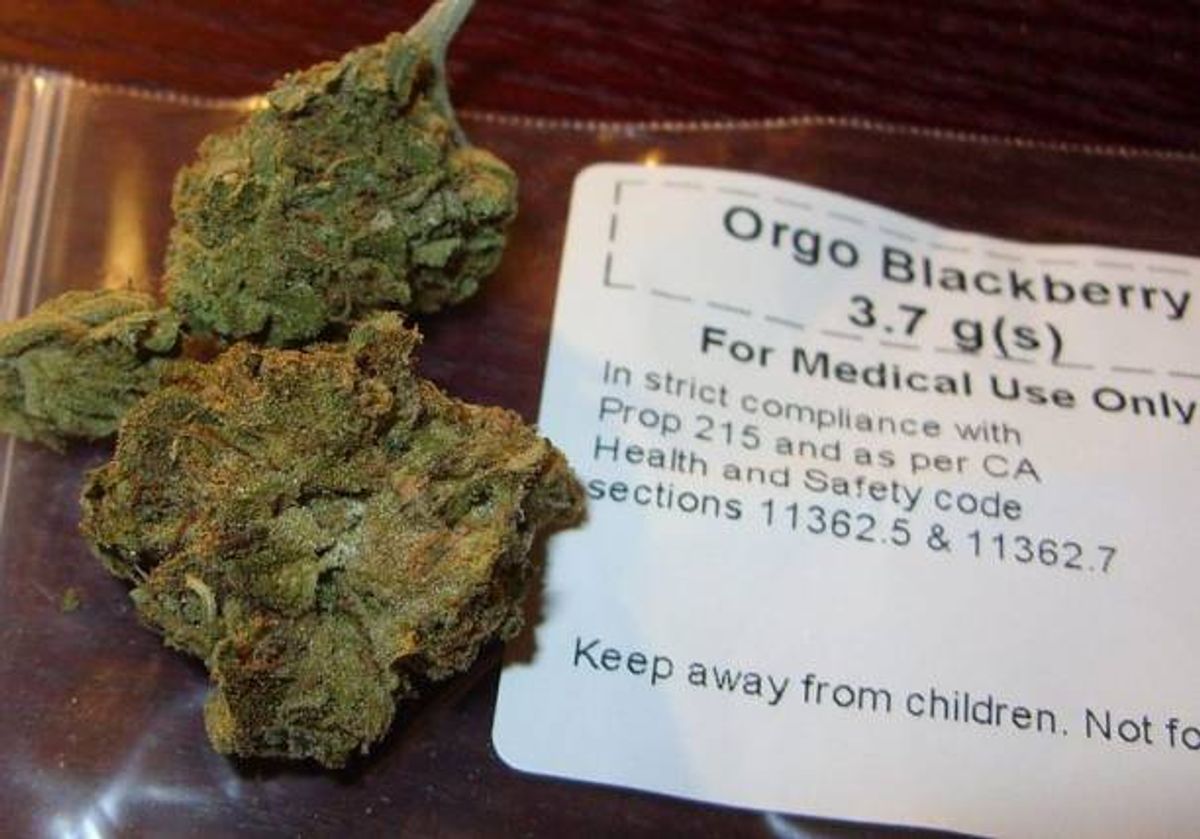 A federal court Monday sentenced a California man to 10 years in prison for doing something that's legal in his state. Aaron Sandusky was convicted in October on federal charges of distributing marijuana -- he is one of four defendants in the United States who have faced federal prosecutors over medical marijuana dispensaries in states where medical marijuana is legal.

According to reports, Sandusky told the courtroom Monday, "I want to apologize to those with me and their families who have been victimized by the federal government who has not recognized the voters of this state."

Sandusky's case, like a handful of others in California and one in Montana, highlights some of the harshest fallout from the ongoing conflict between federal and state marijuana law. As the AP reported, "California's four federal prosecutors launched a coordinated crackdown on the state's medical marijuana industry in 2011 by threatening landlords with property forfeiture actions. Since then, hundreds of pots shops have gone out of business."

As more and more states decriminalize and legalize marijuana both for medical and personal use, it remains to be seen whether Sandusky will be one of the first or last victims of this state-federal conflict.