As I rummaged through her personal history, I was sad to discover how much I liked her, and how happy they'd been 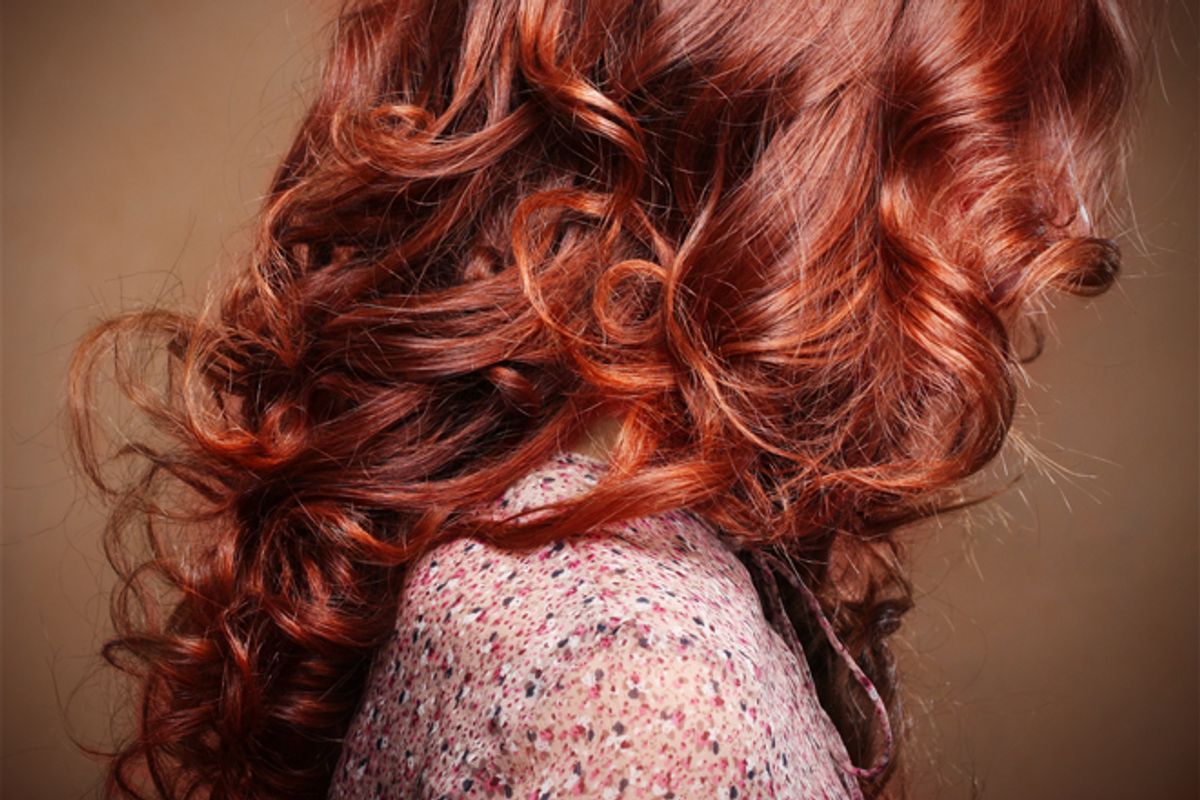 "Searched and Destroyed" is a personal essay series about the shocking discoveries of the Internet.

Every winter, Johannesburg is set on fire. For three months, a bluish haze settles over the city as the local fire department lights a series of controlled burns to stop the surrounding plains from turning to kindling. It was on one of those South African winter nights -- crisp, cold and smelling of smoke -- that I first met my boyfriend’s ex-girlfriend.

Well, maybe met is too strong a word. My boyfriend M. and I walked into a crowded party and I caught a glimpse of her across the room, clutching the green neck of a Heineken and laughing at a joke I could not hear. I pivoted on my toes, walked the other way, and spent the rest of the night keeping her in my peripheral vision while avoiding eye contact.

So how did I know it was her? How does anyone these days recognize a person they’ve never met? Facebook, of course.

But I hadn’t just caught a glimpse of this girl in one of M.’s profile pictures, or seen a grainy icon next to a message on someone’s wall. Over the past several weeks, I had scoured every photo on her profile, hundreds of them, desperately hoping to read into them some explanation for what had happened.

Oh, and what happened was this: I had stolen her boyfriend.

Six months earlier, I came to South Africa on a research grant from the U.S. government and made a startling discovery about post-college life: Most people in the world aren’t looking for new friends. Removed from the world of communal dining halls and 24-hour libraries, from damp, dark frat parties crammed with hundreds of people exactly my age and in exactly the same stage of life, I was facing down the fact that making friends requires effort — a lot of it.

So I began to befriend people promiscuously. On Valentine's Day I went to a bar with my roommate and chatted with a young man in a newsboy cap I vaguely recognized from the university where I was doing research. M. was 25, ambling through the nine months between finishing his B.A. in African history and starting a master's in the same subject in England, working odd jobs and reading a lot. He liked to scuba dive and had once traveled the spine of Africa, north to south, on public transportation. He was full of stories, at once romantic and painful, about his parents — his mother white, his father Indian — who had fled apartheid South Africa in the 1970s because they were barred from being together in their own country.

And best of all: After the months I had spent trying to strike up friendships with South African men only to discover they wanted something more, M.  already had a long-term girlfriend — she was in England studying for a graduate degree. Meanwhile, my boyfriend of four years was 8,000 miles away, waiting patiently for me to come home. We spoke every day and planned our lives together when I returned — the dogs we would have, the job I would find in his graduate school town.

“M. is my safe friend,” I told my friends proudly. But it wasn’t long before the safety net snapped. We started going out together often, first with friends, then alone, and I found myself stunned by how much I enjoyed the flutter of possibility, the sharp romantic edge, that his company brought me. I had been with the same person for four years — the only person I had ever been with, in fact — and I had forgotten what it feels like to look at someone who is a mystery to you and feel that compressed, high-pressure need to know everything about them. After a rambling night of one too many, the kind where we sat in a bar until the bartender turned up the lights and fiddled loudly with the lock on the door, he confessed his feelings for me.

My boyfriend knew from my distant answers to his searching requests on the phone — how are you? are you feeling OK? — that something was amiss. When he flew to Johannesburg, he dropped his suitcase in the airport terminal and kissed me desperately. “You look so beautiful,” he told me. Four days later, I told him it was over.

“I hope no one ever hurts you as much as you’re hurting me right now,” he said as I drove him back to the airport, a week earlier than he’d expected. We hugged in the fluorescent terminal. We didn’t kiss this time. And then I said goodbye to my best friend.

In many ways, it was a shockingly ordinary story. And isn’t that the thing about breakups? They are utterly mundane, something experienced by practically every adult, and yet, each time you lose someone you shared every corner of your life with, it seems like the world is rising to swallow you in a way no one else could ever have felt before or since. Breakups are all the same and they are all perfectly singular too.

Soon after we parted ways, I was on Facebook when I noticed a woman in the right column of the screen: People You May Know. And under that heading, the face of a smiling redhead. Her. We had 10 mutual friends, Facebook told me.

And there she was, startlingly lovely, with freckles and a disarming, close-lipped smile. I began to flip through the photos on her profile. But perversely, what I most wanted to see were photos of them together — and they were not in short supply. In dozens of the pictures I found, she and M. were huddled against each other in the classic self-take pose that seems to be our generation’s signature, the camera poised awkwardly above them, her arm bent out of the frame to take the shot.

The photos stretched back years. They stretched across dozens of countries. There were beach photos and photos in formal wear and drunk party photos, their arms draped around each other, each of them simply and unabashedly delighting in the other’s presence. Sometimes looking at those photos I felt oddly detached from the whole situation, as if they were just two acquaintances of mine whose romance I admired from afar.

There is something about photographs that is almost impossibly intimate. In the photos M. had taken of her, I saw not only her, but also his gaze on her, her gaze back on him. It made me sick with guilt to look at — and I couldn’t stop.

Facebook lurks on the fringes of so many cultural debates. Is it distracting us? Making us lonely? But I wonder about the ways it has changed our romances. In another era M. might have kept a box of mementos of this relationship stashed in a box under his bed, well out of my sight. Now I only had to log onto Facebook and there it was for me to obsess over -- their pictures, their cute banter, the digital notes passed back and forth across distances I couldn’t see. I miss you, I love you.

Once I might have kept myself awake at night thinking of what she was like, this girl whose heart I had a hand in breaking, but now I spent those late nights in the glow of my computer screen, rummaging through her personal history — her favorite bands, the last news article she’d read, what she’d studied in college. It crushed me to see that she seemed like someone I would be friends with.

So when I finally saw her in person for the first time, her red hair catching my eye at the party, I was a little surprised to realize she was still a stranger — no amount of clicking through her Facebook photos could change that.

Looking at her, I remembered that I had first fallen for my ex on the Internet too. We were sophomores in college, classmates in a history course, when one day on Facebook I saw a chat message from him pop up on my screen.

“Hey,” the message said simply, and my breath snagged. Even across the strange digital fortress that lay between us, it still felt like an old-fashioned moment. Like at first sight.

Soon after, we were together in person, offline, and for the next three years we were inseparable. I remember the despair that welled in me, nearly crowding out the joy, when I found out I would be going to South Africa for a year without him.

It was the relationship that showed me the best and worst part of love: that soft underbelly of emotion it uncovers. There was no one I had ever cared about more, and no one I had ever hurt more. It was also the relationship that taught me that there is no meant to be together, only choosing to be together. Again and again — every day, every week, every year — until one of you decides not to anymore.

At that party in Johannesburg, I imagined telling all of this to M.’s ex-girlfriend, explaining my side, asking her to forgive me. But I knew that after everything, the thing I owed her most was to leave her alone.

So instead I went outside to call a friend. Alone on the 16th-floor apartment’s balcony I could see a small fire in the distance, where Johannesburg’s rambling downtown gave way to open plains. A few weeks earlier, I had asked a friend why the city deliberately set these fires. To the untrained eye, it seemed reckless and dangerous.

No, he told me, a controlled burn is always safer. It’s only when you leave fire to chance that it ravages.