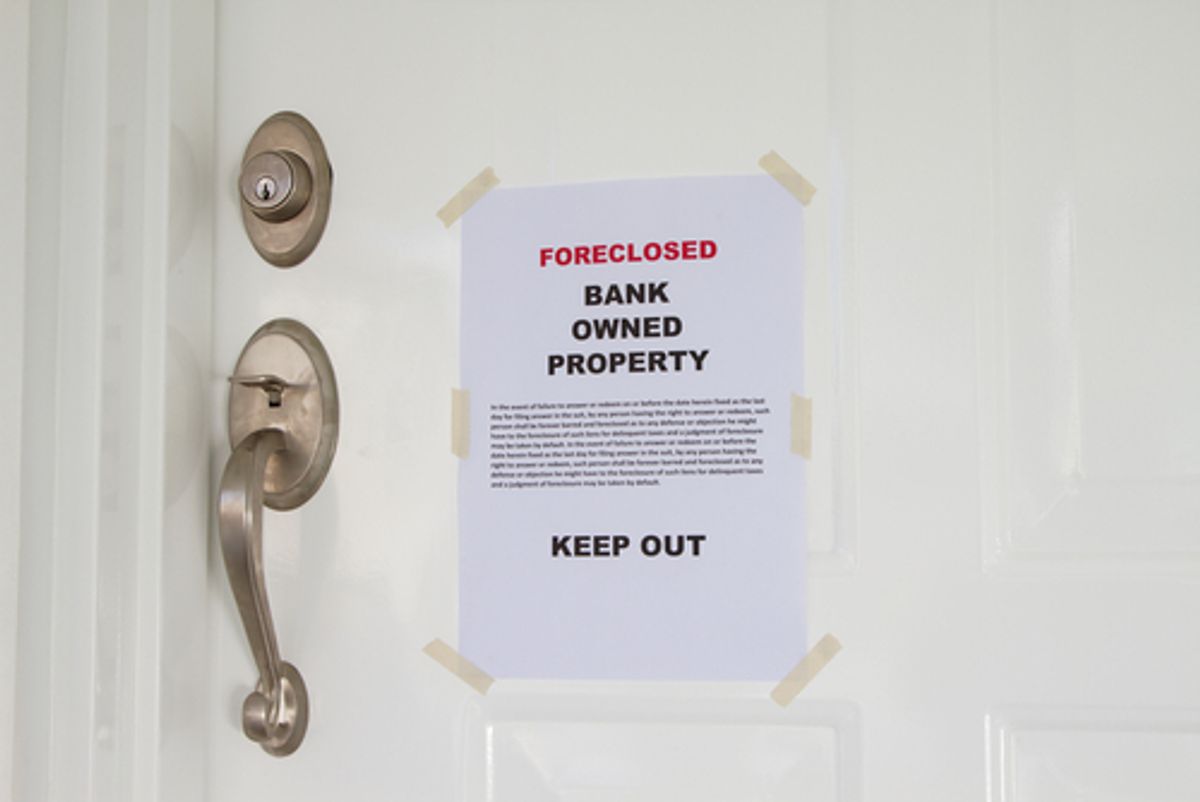 Two major settlements between 10 big banks and the government Monday totaling over $20 billion aimed to clear up allegations of widespread malpractice relating to the mortgage crisis. But what at first looks like great news for the 4 million Americans forced into foreclosure between 2009 and 2010, may be a greater boon to banks than burned homeowners.

The second settlement reached Monday, in which 10 major banks, including BofA, Wells Fargo and JPMorgan Chase, will pay out $3.3 billion in cash to 3.8 million mortgage borrowers who were foreclosed upon in 2009 or 2010, looks more promising in terms of compensating mortgage crisis victims. Thousands of homeowners who lost their homes due to shoddy or lost paperwork, bad loan modifications or "robo-signed" foreclosure decisions, which were not even reviewed by human eyes, could receive up to $125,000. Via the Wall Street Journal:

Under the settlement, borrowers are expected to be contacted by March 31 with details of their payments. They will vary from several hundred dollars for minor violations to $125,000 for violations of a law that bans military foreclosures or a foreclosure on a borrower who didn't miss any payments. The 495,000 borrowers who have already submitted claims through this process are expected to get larger payouts, regulators said.

"A couple hundred dollars will be nothing," said Geralyn Burrell, a 56-year-old Henderson, Nev., paralegal who nearly lost her Las Vegas home to foreclosure three separate times and was among the borrowers who submitted claims.

Consumer advocates said the deal was not as meaningful as regulators said. "It's chump change," said Diane Thompson, a lawyer with the National Consumer Law Center. "It's another example of the banks getting off easy."

Meanwhile others have criticized plans for distributing the settlement money. The Office of the Comptroller of the Currency and the Federal Reserve Board (the two government bodies that agreed on the settlement with the 10 banks) had ordered independent reviews of foreclosure fraud cases to determine which homeowners were to be compensated. However, the use of independent consultants for this process was determined to be too costly and time-consuming. "The regulators, essentially admitting that the reviews were too difficult to conduct, and that assigning appropriate compensation to those most harmed by the banks was no longer a priority, said the mortgage companies themselves will determine how to distribute $3.3 billion," wrote HuffPo's Eleazar David Melendez and Ben Hallman.

"It is just incomprehensible to me that they could not find a third party that has the wherewithal and independence to fairly determine what the damage is to homeowners," John Taylor, president of the National Community Reinvestment Coalition, a Washington-based housing nonprofit, told HuffPo. Other commentators are skeptical that much compensation will reach hurt homeowners; as the Guardian's Moore noted, "if recent history is any indication ... it will be hard for [homeowners] to see much of that money."

Although both Fannie Mae and the Comptroller of the Currency/Fed settlements will see big banks making major payouts, it's a small price for them to put an end to the dark chapter of the housing bust --  a luxury many still-suffering homeowners cannot afford.