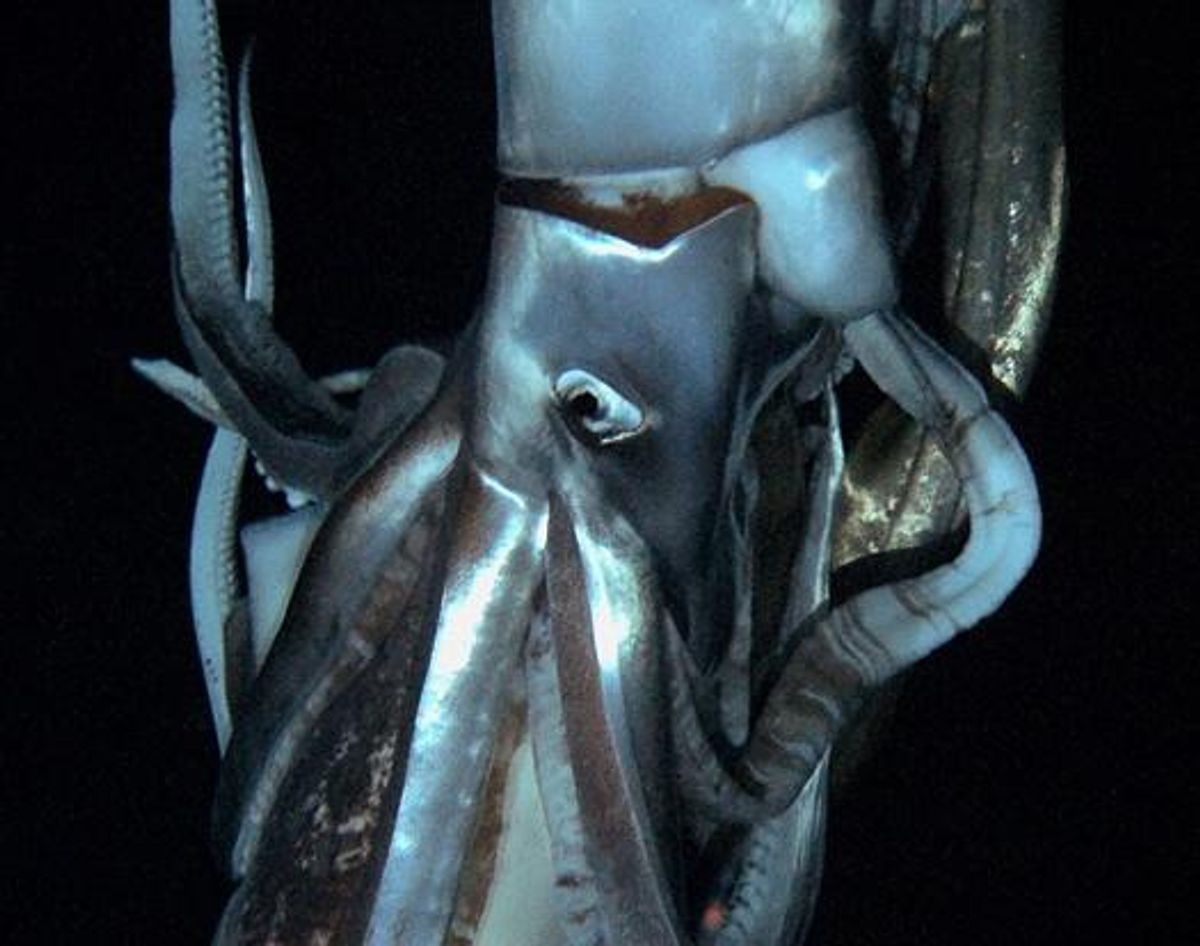 Scientists from Japan's National Museum of Nature and Science have captured what is being called the "first-ever" footage of a giant squid in its natural habitat. "It was shining and so beautiful," museum researcher Tsunemi Kubodera told AFP. "I was so thrilled when I saw it first hand, but I was confident we would, because we rigorously researched the areas we might find it, based on past data."

Giant squid have been filmed before, but usually after they are already dead. The footage is scheduled to air in the U.S. on Sunday, Jan. 27, as part of the Discovery Channel program "Monster Squid: The Giant Is Real."