Slideshow: Obama and Biden, laughing together 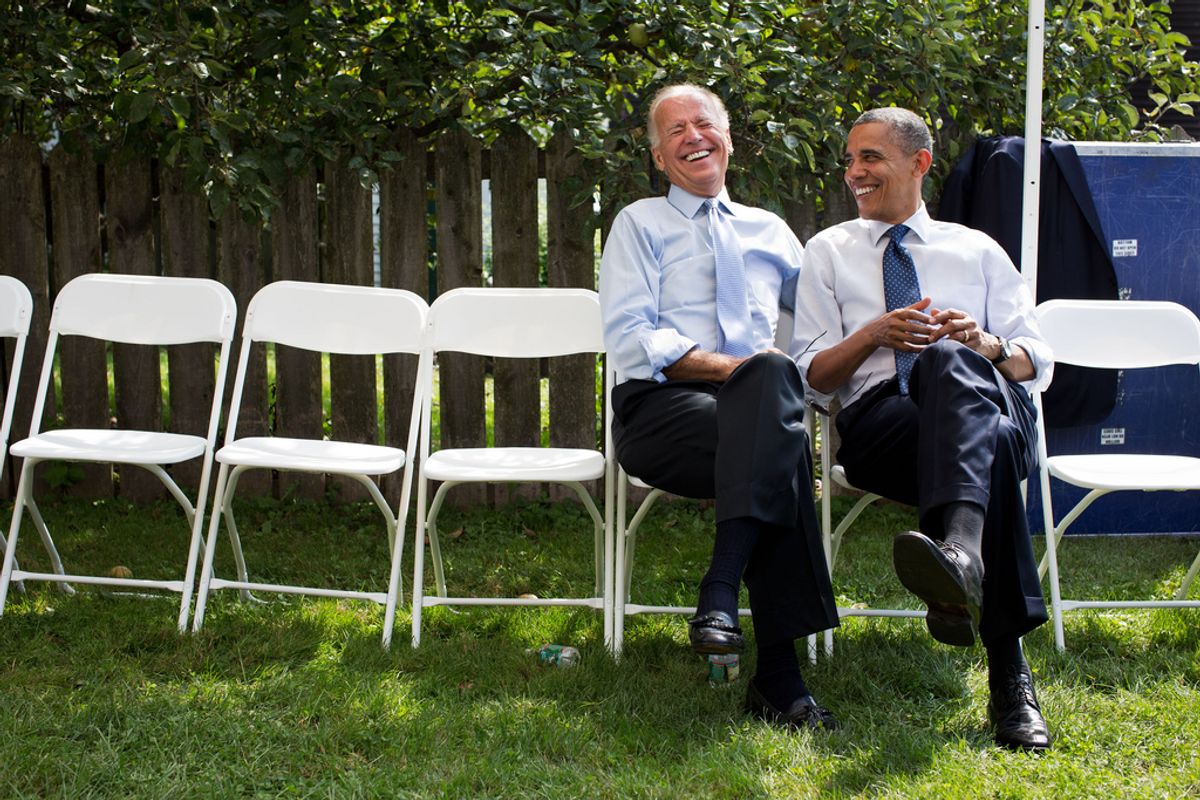 A new Tumblr, called Barack Obama Laughing With Joe Biden, is exactly what it sounds like: A place to find pictures of the president and vice president enjoying each other's company. Though there is infinite documentation of the phenomenon, we were inspired to pick a few of our favorites: