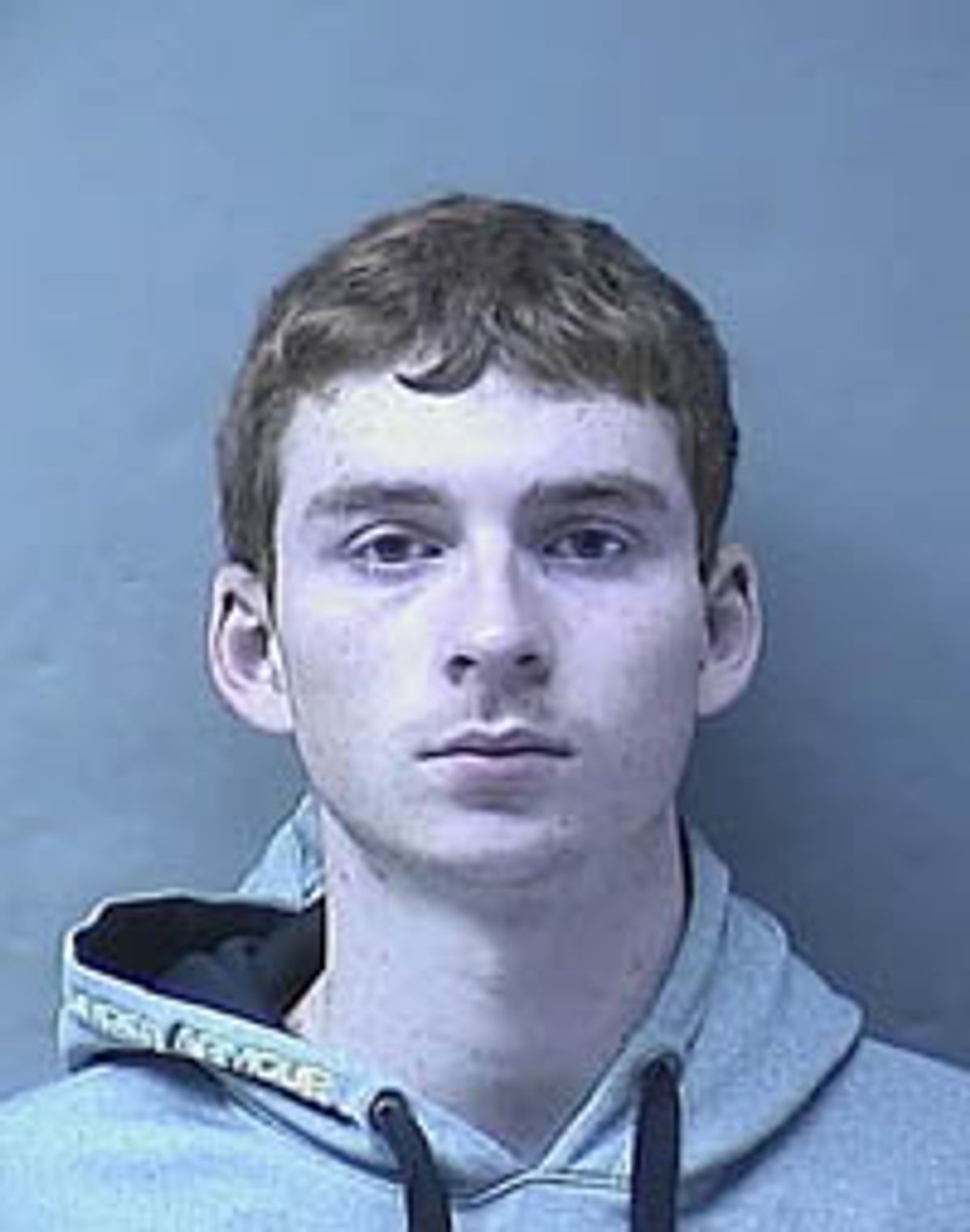 Weeks before Derek Mathew Shrout allegedly started building improvised hand grenades in his military family’s home, before the 17-year-old was arrested for plotting to use the devices against black and gay students and a teacher, he was committing racist acts in full view of everyone at an Alabama high school.

Two of his former friends say that Shrout – sometimes wearing his Junior ROTC U.S. Army-issued uniform – repeatedly performed stiff-arm sieg-heil salutes and shouted “white power” at Russell County High School in Seale, Ala., where he apparently intended to carry out the attacks. The community is some 20 miles from the U.S. Army’s sprawling Fort Benning, Ga., compound, where the suspect’s father is stationed.

Some of the suspect’s hateful antics apparently were captured on the school’s security cameras, and authorities may now be reviewing that video, if it still exists.

David Lee White, an 18-year-old senior at the high school, told Hatewatch last night that he repeatedly saw Shrout and a group of other white students – ranging in numbers from seven to 12, most of them boys – conduct impromptu Nazi-style salutes in the school’s hallways, at breakfast in the cafeteria and in a school bus parking lot. Many times, he said, this occurred in full view of teachers and other staff.

“They would even do it right in front of the [school’s] security cameras – stand there and salute and shout ‘white power,’” White said in an interview with Hatewatch. “It was right where everybody could watch it, and he [Shrout] didn’t care who saw it.”

White recalled seeing Shrout conduct his “white power” salutes on Wednesdays,  when he and others in the school’s JROTC program would be required to wear their green U.S. Army dress uniforms – jokingly called “pickle suits” by the students.

“It didn’t matter what he was wearing, he’d still do it,” White said of the Nazi-style saluting on the high school campus. “I even saw teachers standing there in the hallway, watching him,” he added. Asked why high school teachers wouldn’t intervene and stop such conduct, White said: “There’s a lot of good stuff going on here at this school, but I think some of them [staff] don’t see what they don’t want to see.”

White said that to the best of his recollection, students started engaging in the “white power” salutes sometime last fall, perhaps in October, about the time White decided for personal reasons to drop out of the Junior ROTC classes he shared with Shrout. “I thought it was a joke at first,” the high school senior said.

White said he has no idea what particular racist group, if any, his former friend idolized or followed — only that he expressed deep-seated racist views.

Shrout, arrested Friday on a charge of first-degree attempted assault, was released Monday afternoon after his parents posted the $75,000 bond set by Judge Albert Johnson. The judge ordered Shrout to wear an ankle monitor, remain at home, not contact anyone at the high school and only access the Internet with adult supervision.

Hatewatch contacted White Monday evening, a day after he and his best friend, David Kelly, the senior class president at the school, made similar on-camera statements to Dante Renzulli, a reporter for WTVM-TV in nearly Columbus, Ga.

White said he and Kelly befriended Shrout about a year after he moved to Alabama, when his father was transferred from Kansas to Fort Benning. “We used to hang out, play touch football together, wrestle, you know,” White said, adding that he considered Shrout “cool” before he seemed to become preoccupied with white supremacy.

In his interview with WTVM, Kelly said Shrout initially appeared to be “confident, well-rounded, but as time went by he was doing the whole ‘white power’ thing,” causing him and White to distance themselves, Kelly said.

In an interview with the Ledger-Enquirer in today’s editions, Russell High junior Jessica Watkins also spoke of Shrout’s racist reputation. She sat in Shrout’s seat on Monday and told the newspaper she “was horrified by what she saw written on the desk.” “It said, ‘white power’ with the F-word, and it was covered in Nazi symbols,” Watkins told the Columbus newspaper. The teacher attempted to scrub off the racist graffiti, but couldn’t because it was in permanent marker.

Watkins also reported seeing Shrout frequently holler “white power” and make a “W” sign with his fingers and hold it to his chest, Watkins said. “But I always thought he was joking around,” she said.

One teacher at the school, who hasn’t been publicly identified, did grow concerned after she found and read a notebook left behind in a classroom last week, allegedly by Shrout. The teacher took prompt action, turning the journal over to a school administrator and the school’s resource officer, a deputy sheriff.

Shrout’s journal contained hand-drawn Nazi swastikas and plans for a potentially deadly attack at the school, targeting five students and a teacher, all of them black. Russell County Sheriff Heath Taylor told Hatewatch the plans also targeted a sixth student who Shrout apparently believed was gay.

When the teen was confronted by authorities, he claimed his journal plans were mere fiction. But a search of his home turned up two large homemade explosive devices made from metal cans and two dozen chewing tobacco cans, punched with holes and filled metal shrapnel, that are being described as the beginnings of crudely made hand grenades.

Ignition devices weren’t located, but the sheriff said if the homemade bombs were completed the way they were described in the suspect’s journal, they could have caused serious injuries or fatalities.

The sheriff said he wasn’t sure if his investigators seized a home computer or its peripherals that may have been used by the suspect, but that likely will be of high interest to the FBI, which is now involved in the investigation.

The sheriff emphasized that the teen’s mother and father have been extraordinarily cooperative with investigators and were stunned to learn of their son’s racist views. “They both have been very cooperative, and were taken aback and shocked about what they were learning,” Taylor told Hatewatch.

Shrout’s parents, who live in Fort Mitchell, Ala., declined to comment to the media after Monday’s hearing, where defense attorney Jeremy Armstrong convinced the judge to release the suspect. Armstrong told reporters that the case against Shrout “is an overreaction” sparked by last month’s shooting at Sandy Hook Elementary School in Newtown, Conn.

If school authorities are now investigating the suspect’s circle of “white power” friends at the high school, nothing has been said publicly to that effect. Words such as planned massacre, killings or racism weren’t mentioned in an official posting on the school’s website, which referred to Shrout’s arrest as an “event.”

“With the event that occurred at Russell County High School last week, we want to assure the students and parents that we are taking every precaution we can to provide a safe learning environment for our students,” it said. “As a way for each of you to help, please alert us when you know of circumstances that might jeopardize the safety of our faculty, staff and students. We appreciate your support as part of the TEAM at RCHS.”

The school’s roster lists Army Lt. Col. Lee Washington as the Junior ROTC advisor. He could not be immediately reached for comment.

White said that he learned from friends who are still in the school’s ROTC program that his weekend interview with the Columbus television station was the topic of discussion in the ROTC class on Monday. “I heard from my friends that Col. Washington was talking that I shouldn’t be talking about that to the news media.” The senior said that while he hasn’t been contacted by Washington, “I was just thinking of telling him, ‘Who are you to tell me what to say or what to do?’”