The former president delivers a message at the Consumer Electronics Show: Pick up a smartphone, put down the gun 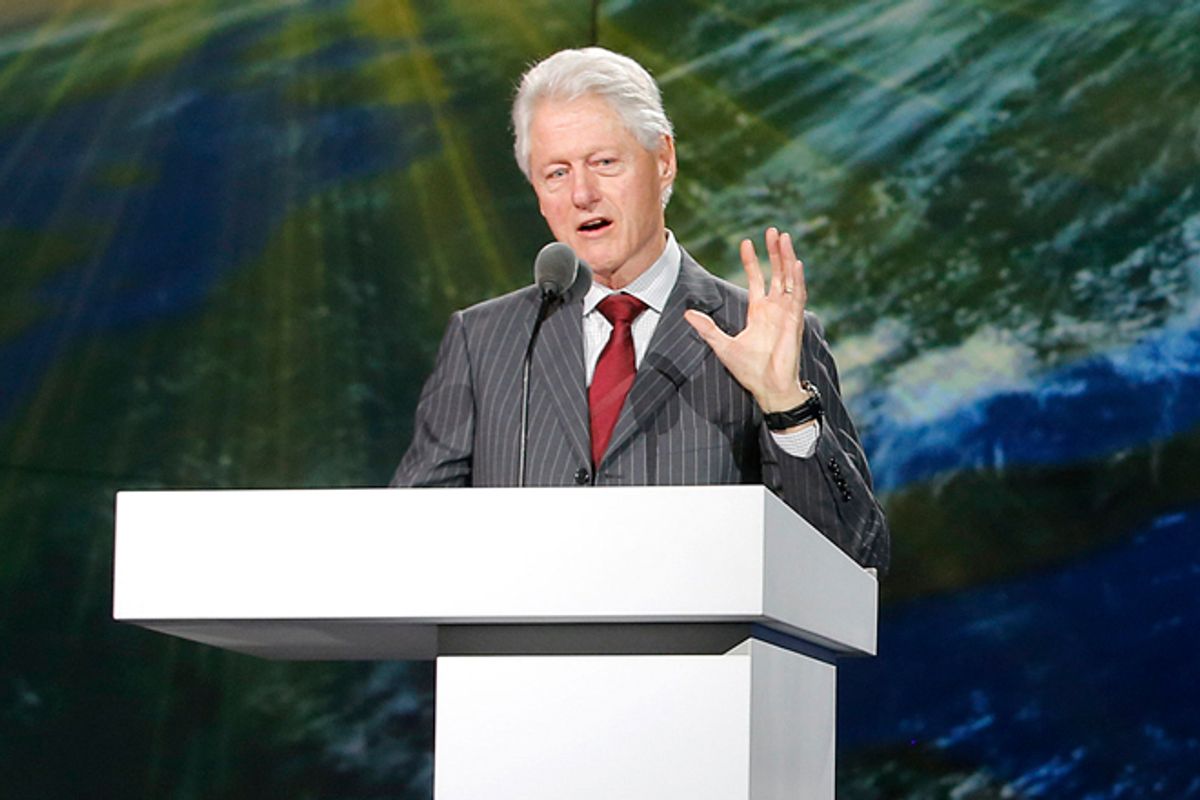 It wasn't a surprise when Bill Clinton started touting the benefits of smartphones for impoverished citizens in the developing world during his keynote address at the Consumer Electronics Show in Las Vegas on Wednesday morning. That's par for the course at a convention where the smartphone is unanimously considered the ne plus ultra of human civilization and anyone who doesn't already have one is the rankest of barbarians.

But when he diverged from technology into the realm of gun control, the world took instant notice. According to AllThingsD's Mike Isaacs, the president "got a little political."

"I grew up in a hunting culture, but this is nuts,” he said, citing the increase in deaths since the assault weapons ban -- which Clinton helped to pass in office -- expired in 2004. “Why does anybody need a 30-round clip for a gun?”

The Drudge Report wasted no time before tweeting "Clinton Turns Tech Speech Into Gun Rant," but other early responders responded more favorably. Pick up a smartphone and put down the gun? No wonder the guy is still a hit on the rubber chicken circuit. At CES, Clinton received standing ovations both before and after his speech.