UPDATED: Video of the commuter ferry that crashed into a dock in lower Manhattan 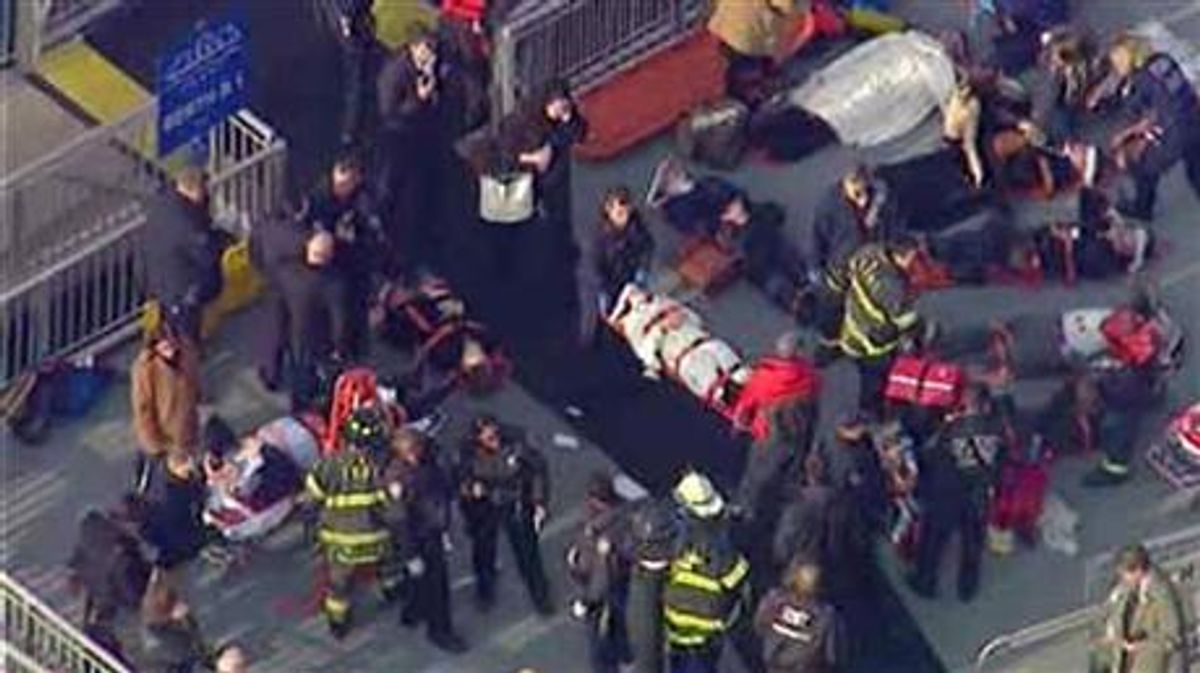 Officials have told the AP that 30-50 people were injured after the ferry crashed into a New York pier, and 1 victim is critical with head injuries.

Passengers aboard the vessel, the Seastreak Wall Street, said scores of people who had been standing waiting to disembark were hurled to the deck by the impact.

"We were pulling into the dock. The boat hit the dock. We just tumbled on top of each other. I got thrown into everybody else. ... People were hysterical, crying," said Ellen Foran, 57, of Neptune City, N.J.

The accident, which ripped open part the boat's hull like an aluminum can, happened at 8:45 a.m. at a pier near the South Street Seaport, at Manhattan's southern tip.

Firefighters were still carrying people away on flat-board stretchers an hour after the crash.

More than 340 passengers and crew members were aboard the ferry, which had arrived from Atlantic Highlands, N.J., a section of the Jersey shore still struggling to recover from Superstorm Sandy.

Passenger Frank McLaughlin, 46, whose home was filled with 5 feet of water in the storm, said he was thrown forward and wrenched his knee in the impact.

He said some other passengers were bloodied when they banged into walls and toppled to the floor.

Dee Wertz, who was on shore, waiting for the ferry, saw the impact.

"It was coming in a little wobbly," she said. "It hit the right side of the boat on the dock hard, like a bomb."

After the impact, the boat was able to dock normally. Wertz said passengers raced off once the ramp was down.

"I think people just wanted to get the heck off the boat as soon as they could," she said.

Ferries are a fairly common way to commute to work in Manhattan, an island separated from New Jersey and the rest of New York City by rivers.