Is Obama pulling another Rick Warren?

Four years ago, Obama enraged liberals at his inauguration. This year's benediction choice could be bad too 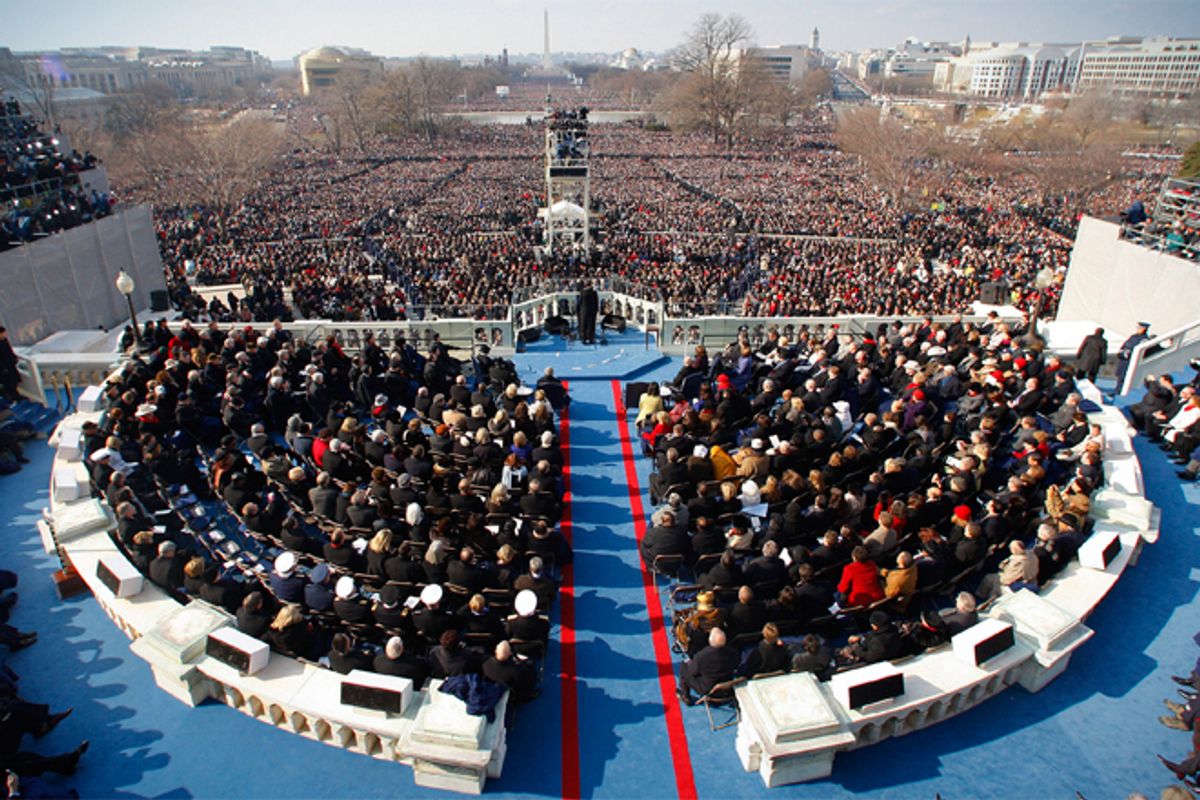 Barack Obama addresses the crowd after taking the Oath of Office as the 44th President of the United States during the inauguration ceremony in Washington, January 20, 2009. (Reuters/Brian Snyder)
--

In 2008, a newly elected progressive president threw a bone to the evangelical community that was still deeply suspicious of him by picking pastor Rick Warren to give the benediction at his inauguration. The choice for the ceremony -- which was otherwise populated by civil rights leaders and social justice heroes -- turned out to be a faux pas.

Progressive activists, who had just worked hard to elect Barack Obama, were "deeply disappointed" with the choice of a pastor who had a long record fighting against homosexuality and abortion rights. “How the hell did Rick Warren get inauguration tickets?” Salon’s then-Washington correspondent Mike Madden asked in December of 2008.

In the intervening four years, Warren has said that being gay is a bit like eating arsenic or “punching a guy in the nose” (i.e., maybe, maybe, it's OK to have the urge to be gay, as long as you don’t act on it); he's questioned the separation of church and state; and he said that Obama has "intentionally infringed upon religious liberties” with his contraception mandate.

With his second inauguration looming, it looks like Obama may be making the same mistake all over again with his choice of evangelical pastor Louie Giglio to give the benediction. Giglio, it was announced today, will give the closing prayer while Myrlie Evers-Williams, the widow of slain civil rights icon Medger Evers, will give the opening prayer.

Those who object to the inclusion of a conservative evangelical will not be pleased with Giglio, though he may be more acceptable than Warren. Giglio, who founded the Passion City megachurch in Atlanta, is unquestionably the kind of white evangelical Christian who overwhelmingly voted for Mitt Romney, but Obama selected him precisely because he can help build a bridge to those voters (whether or not they want to be reached is another question).

And Giglio mostly steers clear of hot-button social issues like homosexuality or abortion. His message, as exemplified in his popular “How Great Is Our God” sermon, is upbeat and accessible, with little talk of fire and brimstone and sin. Much of the sermon is spent in space, where images from the Hubble Space Telescope and massive astronomical statistics are used to illuminate the glory and power of God.

A search of his books and other writings finds no discussion of homosexuality or abortion and very little talk of sex at all, though one reference is perhaps suggestive. Teenagers are “wired for the opposite sex, for sure,” Giglio writes in his book "Wired: For a Life of Worship," apparently denying the possibility of natural same-sex attraction.

Meanwhile, Josh Israel at ThinkProgress finds some much more disturbing passages from a mid-1990s seminar. Homosexuality “is sin,” he said. “It is not ambiguous and unclear. It is very clear.”

He goes on to say that gay people will not enter “the kingdom of heaven” (presumably, then, they will go to hell). And he warned of the gay rights movement, “That movement is not a benevolent movement, it is a movement to seize by any means necessary the feeling and the mood of the day, to the point where the homosexual lifestyle becomes accepted as a norm in our society and is given full standing as any other lifestyle.”

The fact that the radically anti-gay American Family Association endorsed his sermons might also raise concerns. One online ex-gay commentator credits Giglio for the conversion.

It’s been almost 20 years since he made those comments and a lot has changed in the country’s attitude toward homosexuality since then, so it's possible his attitudes have changed as well. But the comments are troubling and Giglio should be asked about them and his current beliefs on homosexuality before taking the stage later this month with a president who has staked his legacy on advancing gay rights.