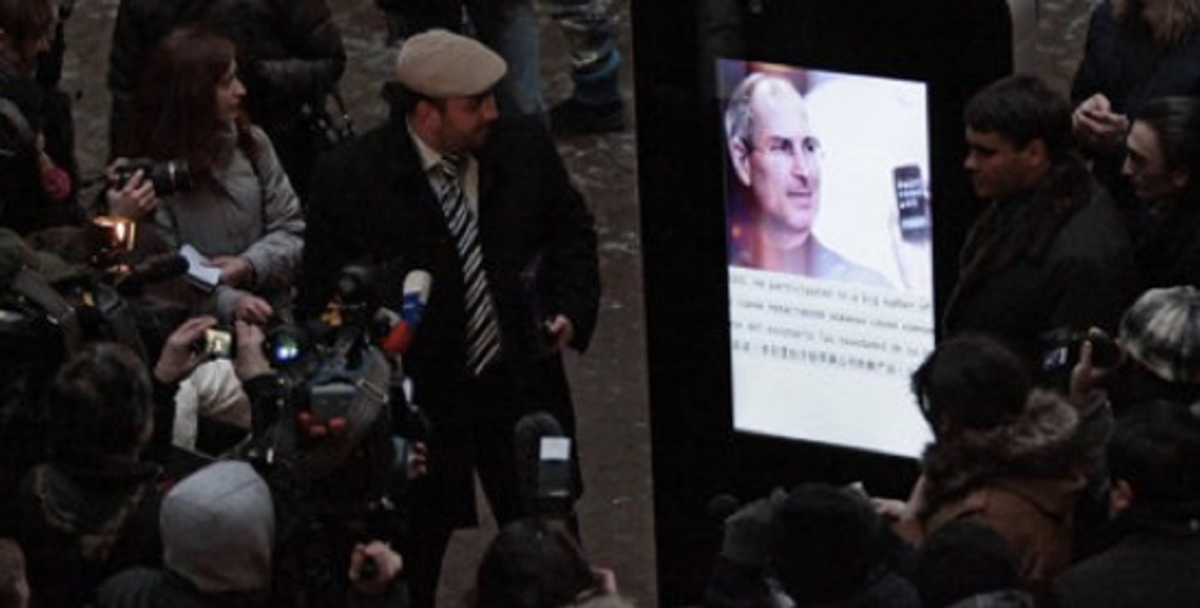 And it works, too.

While you can't make a call on it, the monument features an interactive touchscreen, high-resolution photographs and videos of speeches and other moments from Jobs' life. Another apparent difference from the real thing: There are currently no reports of the device freezing for no reason.

St. Petersburg is widely considered the tech capital of Russia, so many residents consider the tribute a natural fit. And this isn't the first time Russians have publicly expressed their love for Jobs, either.

An earnest (and completely bizarre) tribute popped up on YouTube shortly after Jobs died in 2011. Described as, "The female half of Russia says hi to Steve Jobs (CEO Apple) and a declaration of love," the video features original songs, poetry and sultry dance routines "inspired" by the former chief executive.