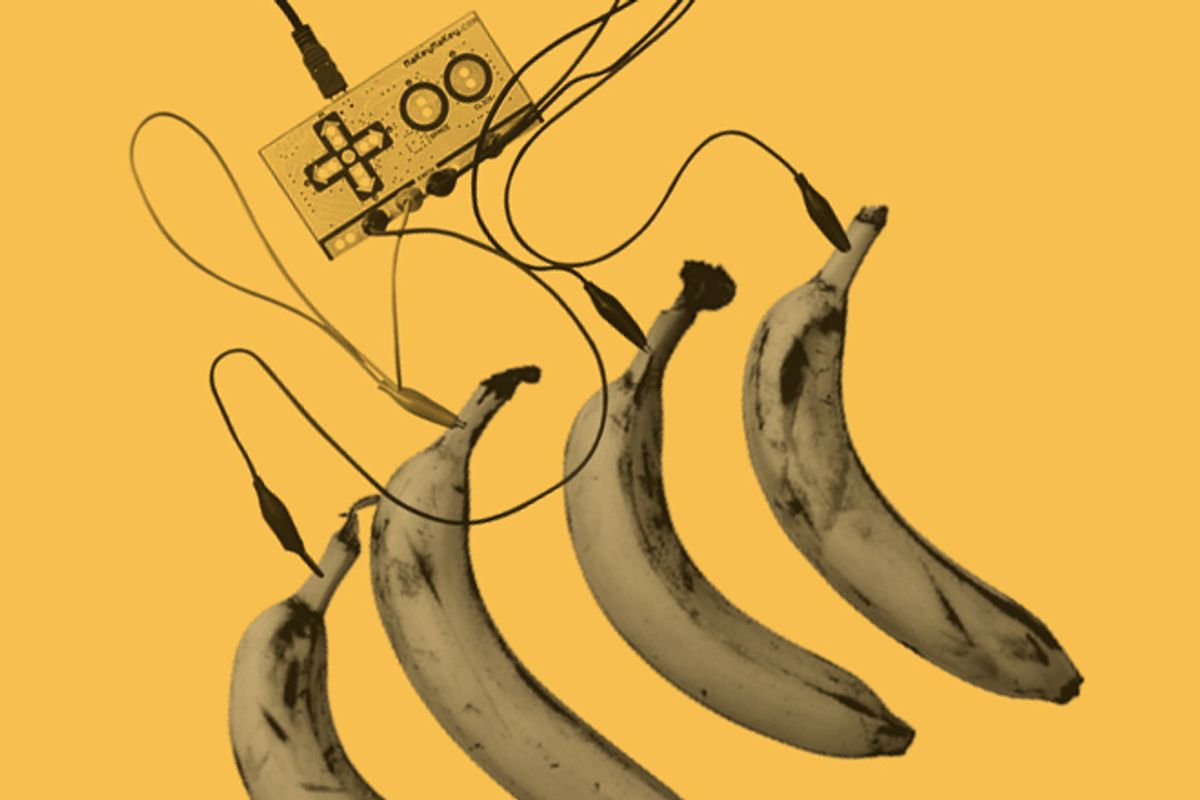 A Kickstarter-funded project in 2012: the banana piano
--

Kickstarter, the creative project crowd-funding site, announced this week that in 2012, "2,241,475 people pledged a total of $319,786,629 and successfully funded 18,109 projects." The numbers represent impressive growth for the 3-year-old company. "The money total blew away 2011 by 221 percent," reported Wired, "and the number of backers grew a corresponding 238 percent."

Almost half the total cash pledged fell into the categories of gaming and "film and video." The emphasis on creativity has led some observers to call Kickstarter "the People's NEA (National Endowment for the Arts)" or, more jargonistically, "an arts organization for the post-gatekeeper era." Meaning: We, the people, decide whose movie or game or funky art installation gets the green light, and not some bean counter in Hollywood or New York, or government bureaucrat constrained by shifting political winds.

That's all true, and exciting. But Kickstarter's success signifies even more that all those millions of people around the world chipping in a dollar here or a dollar there to help get someone's dream off the ground is the best example we have yet of the Internet providing a solution to a problem that the Internet helped cause.

The disemboweling of established business models for the production and distribution of music, journalism and, perhaps eventually, film and TV, has caused much hand-wringing on the part of both entertainment and media executives and artists looking to make a living. Kickstarter, proud flagbearer of the entire crowd-funding movement, tells us that there are new ways opening up to finance creative expression even as old ways close down.

How far can crowd funding carry us? We have no idea. But we're only at the beginning of this story, only just now figuring out how powerful our ability is to raise and aggregate a lot of cash from a lot of people in very small individual amounts to accomplish a given task, whether that be electing a president or funding the invention of a banana piano or getting a movie to Sundance. Kickstarter's growth should give every artist hope: Where there's a will, there's probably a crowd-funded way.