UPDATE: A dozen killer whales trapped under sea ice with only a single breathing hole have reached safety in Canada 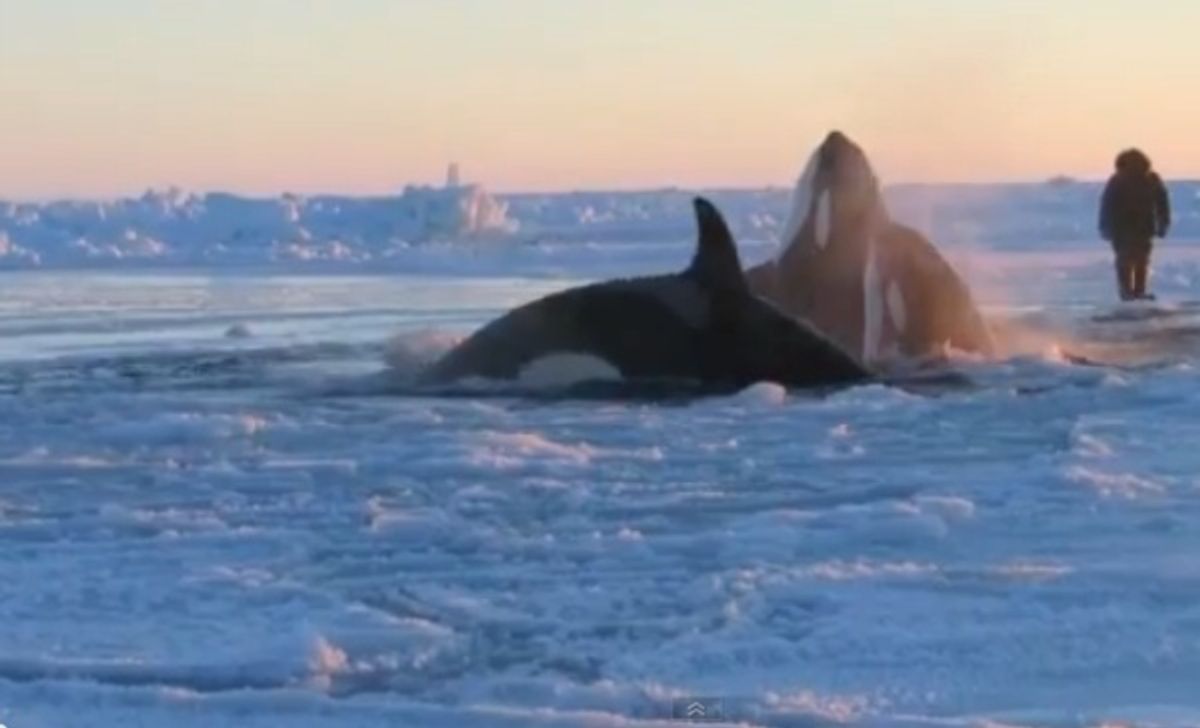 Happy news! A report from the BBC confirms that the 12 killer whales trapped in a frozen bay have escaped through an opening in the ice.

On Wednesday, residents of Inukjuaq, a nearby fishing village, asked the Canadian government to send icebreaker ships to help free the whales, but Inukjuak Mayor Peter Inukpuk said the ships were too far away to help.

About 12 killer whales have been trapped in a small ice breach near northern Quebec since Monday. Miles of ice separate the animals from open water, requiring an ice breaker to free them.

“People here have mixed feelings about the situation,” he told the Montreal Gazette. “We want to see them free but we also want them to go away. Killer whales eat seals and belugas. The seal hunt is a huge part of our economy.”

Weetalutuk added that while it’s common to see whales in the area during the summer, he’s never heard of such sightings in the winter. “It’s strange, I don’t know what it means but it’s strange. Plenty of people are out there right now keeping an eye on the situation."

Village officials have contacted the Department of Fisheries and Oceans, who have not yet decided if they'll intervene to save the whales.

A local resident has captured the only available video of the whales. He also added a pretty epic soundtrack to the footage so, if you're watching this at work, now would be a good time to put on your headphones. And I hope you like U2.