California cops bust a man whose $100,000 marijuana stash had a "very unusual" protector 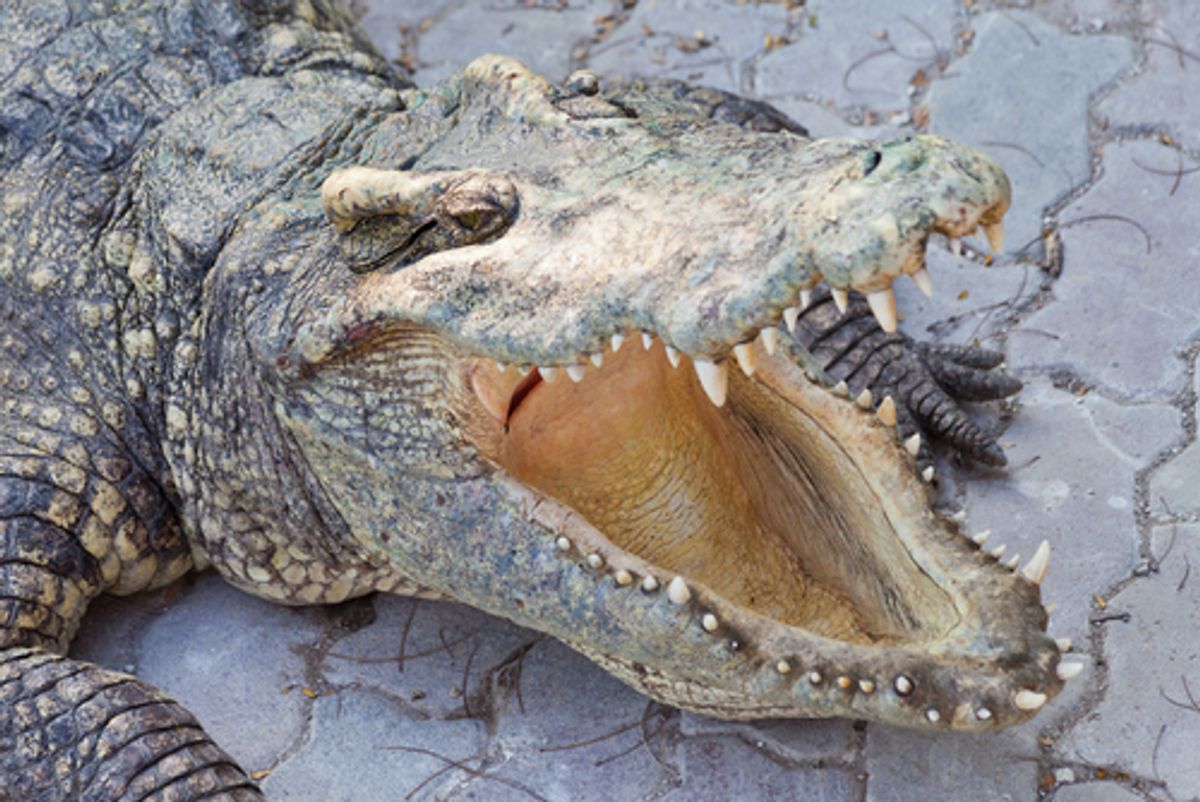 Cops in Castro Valley, California discovered 34-pounds of marijuana being guarded by a five-foot long alligator named Mr. Teeth. Police had entered the home of Assif Mayar, 32, as part of a routine probation check on Tuesday, when they discovered the (living, but sick) alligator in his bedroom, and a nearby stash of dried, processed marijuana valued at over $100,000. Mayar says he bought Mr. Teeth back in 1996 to “commemorate the death of rapper Tupac Shakur,” and had used the animal to scare away any “would-be marijuana thieves.” Evidently, the alligator was adept at his job. "As soon as you get near it—the plexiglass area—the alligator gets agitated," says Sgt. J.D. Nelson of the Alameda County Sheriff's Department. He adds: “We come across guard dogs like pit bulls quite frequently, but a guard alligator is very, very unusual.” Mayar has been booked for drug possession and sales. Mr. Teeth was taken to the Oakland Zoo and checked into veterinary treatment; he sadly passed away this morning.