UPDATE: A 16-year-old student is in critical condition; the shooter was talked down by school officials 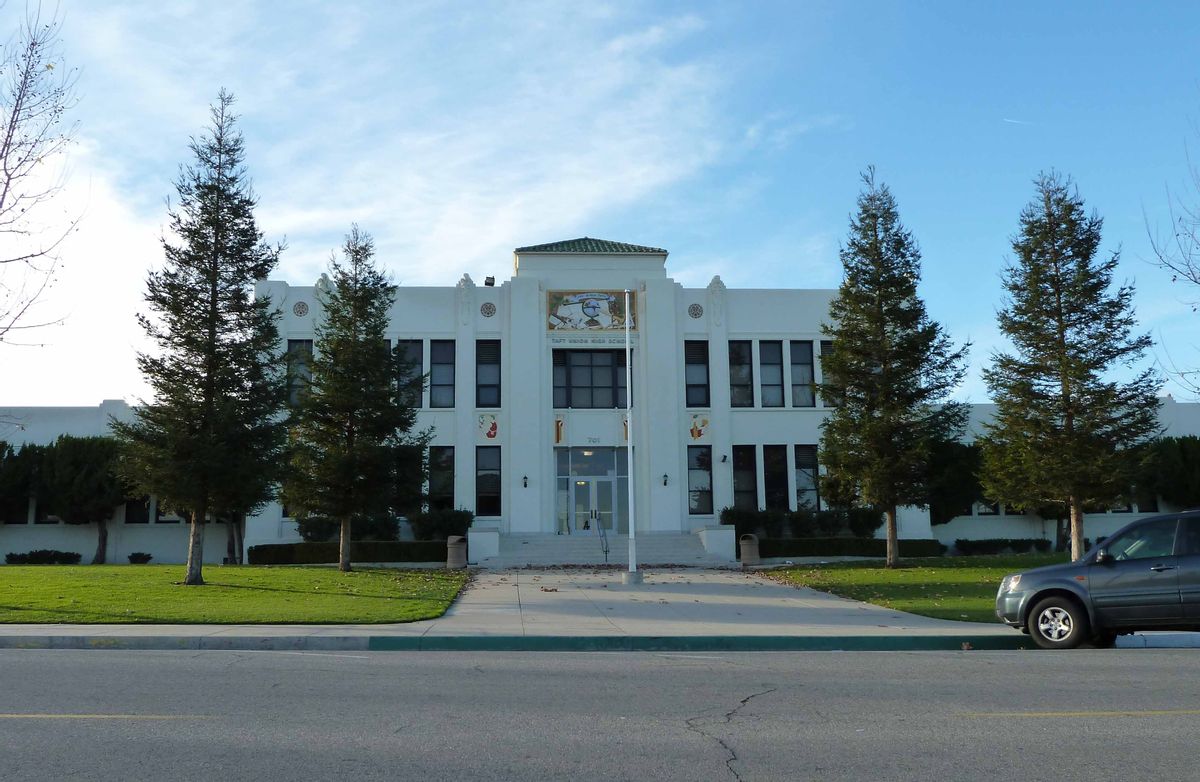 UPDATED, 3:32 p.m.: The Kern County sheriff Donny Youngblood speaking at a press conference revealed that the injured student, a 16-year-old, is in critical but stable condition. The shooter is confirmed as a student. According to the sheriff, the gunman opened fire in a classroom.

The suspect had numerous rounds in his pocket, shot at another student in the classroom of 28, but missed. A teacher's head was grazed with a pellet, Youngblood said.

The sheriff credited the teacher and a school administrator with talking down the suspect from shooting more students.

UPDATED, 1:36 p.m.: The intractable fulcrums of the gun control debate swiftly reared their head on Twitter as news of this latest school shooting broke. While hundreds of tweets called for greater gun control, a number of people said the shooting was more evidence of the need for more armed teachers.

One prolific tweeter told Piers Morgan (newly known for his anti-gun stance) that the Taft High shooting proved there should never be gun-free zones:

UPDATED, 1:36 p.m.: AP reports that Kern County sheriff's spokesman Ray Pruitt says the suspect in custody is "believed to be a student." One student and one teacher were injured.

The shooter is believed to have used a shotgun, which has been recovered by police.

The Huffington Post's Sam Stein tweeted confirmation that the school campus is monitored daily by a uniformed deputy sheriff:

A California ABC affiliate reported that sheriff's deputies were going room-by-room to secure the school and that two people had been shot, but had no immediate word on their condition. It said the shooter had been apprehended by police.

The station, 23ABC News, reported that some people had called the station from inside the school, where they were hiding in closets.

UPDATED, 1:28 p.m.: Kern County Fire officials say one victim received only minor injuries and refused treatment at the scene, the other person was airlifted to Kern Medical Center with unknown injuries according to the local NBC affiliate.

UPDATED, 1:12 p.m.: The dispatcher at Kern County sheriff's office told Salon that at least two people have been injured and the school is being evacuated by SWAT teams. She said the situation is "not yet secure." One suspect is in custody.

On the same day Vice President Biden holds major gun control talks, reports are breaking on a shooting at a California high school in Taft, Kern County. According to ABC7, two people were shot and a gunman is in police custody.

An NBC local affiliate has expanded slightly on still-unclear details:

It happened at about 9 a.m. and as of 9:30, students had been evacuated to the football field and there were reports one person was in custody.

Details were still sketchy at 9:45 a.m. but the Sheriff's Department has confirmed a shooter is in custody and at least two people have been wounded.