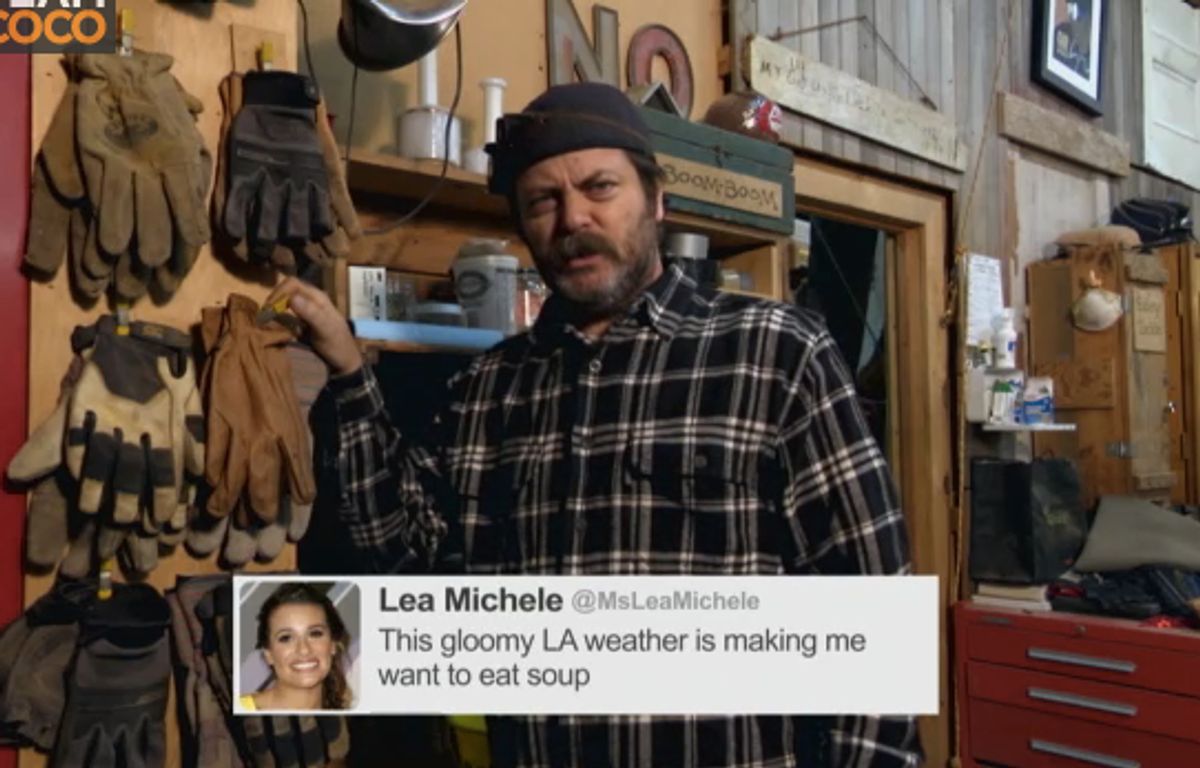 The comedian is also working on a memoir, "Paddle Your Own Canoe: Nick Offerman’s Fundamentals for Delicious Living,"which will presumably not include tweets from Miley Cyrus or Demi Lovato. Instead, it will be “peppered with salty treatises about the state of manhood," feature an "ode to bratwurst," and explore Offerman's patronage of the "manly arts." His book comes out Oct. 2013 by Penguin’s Dutton imprint.