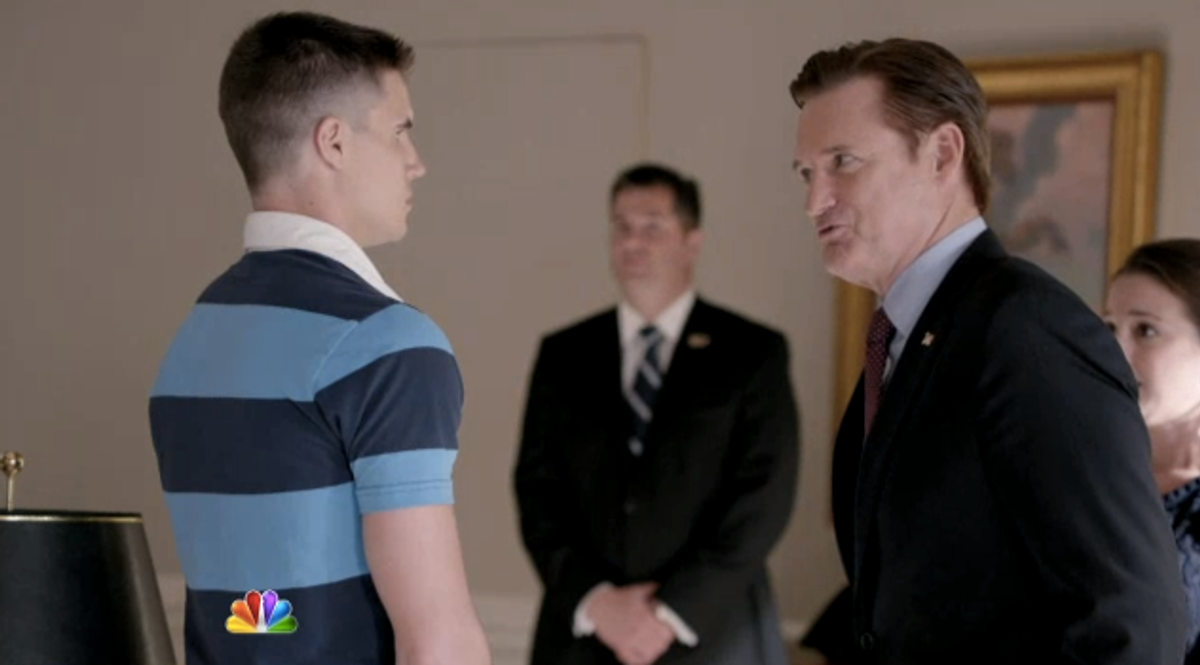 Some think "1600 Penn," NBC's new sitcom about the U.S. President and his dysfunctional family, is terribly unfunny, while others say it shows promise. But the verdict of the man at the top, President Obama, is still out after the White House got a private screening of the show last night.

We're wondering what President Obama thought about the show's lighthearted jabs at weighty subjects, particularly the reference to drone strikes, when Bill Pullman (the President) says to a young man, "One disrespectful word to my daughter, I will find you. I have robots that roam the skies." (You can see it at the 48 second mark in the promo below.)

Watch the promo, below: