Who Obama should pick to replace Giglio

With anti-gay Rev. Louie Giglio out, here are some progressive faith leaders who could replace him 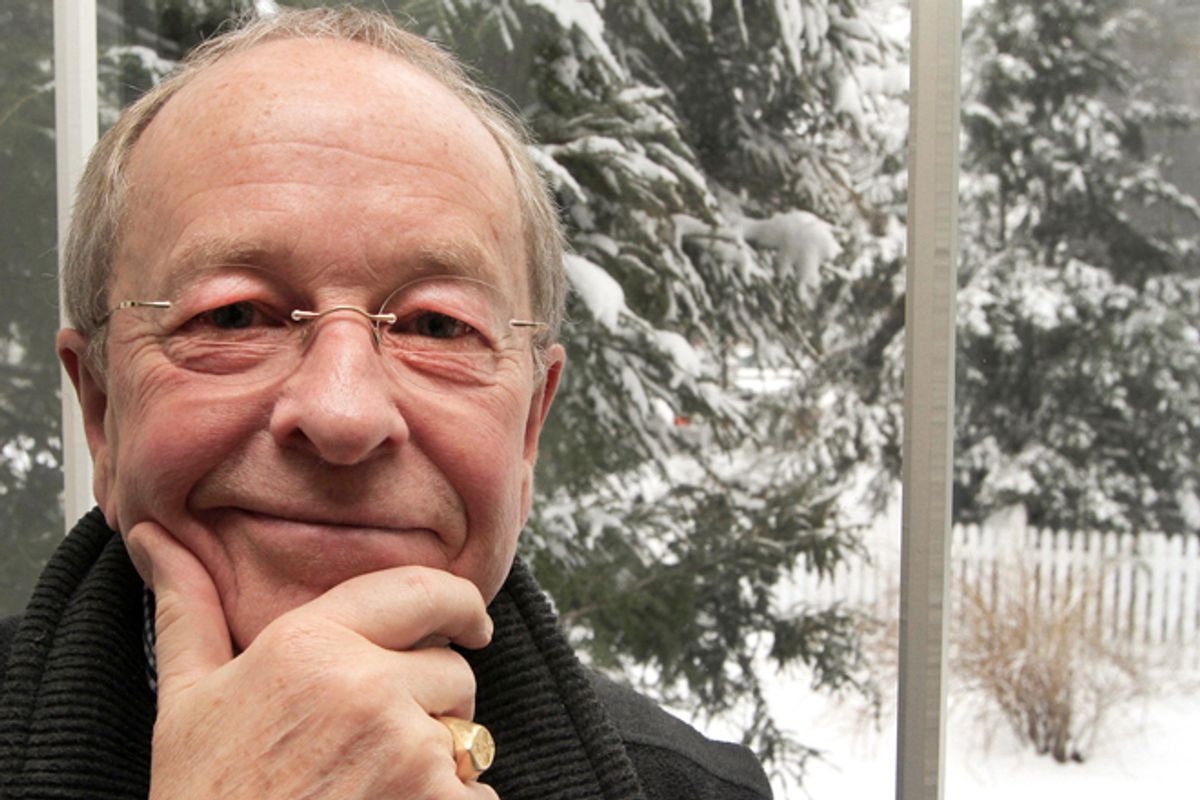 With Rev. Louie Giglio bowing out of giving the benediction at President Obama’s second inaugural after his anti-gay sermons came to light, the question turns to who should be selected in his stead. A spokesperson for the Presidential Inaugural Committee confirmed that “there will be an effort to replace him,” but declined to specify who it might be. With so little time left, we thought we’d offer some suggestions.

Giglio, like Rev. Rick Warren before him, was chosen as a token of good will to conservative Christian evangelicals, but the inauguration gives Obama a chance to elevate someone from the progressive faith movement, which often gets overshadowed by its conservative counterpart. There are plenty of good progressive faith leaders to choose from, but here are just a few names whose worldview likely align more closely with Obama's than Giglio, in no particular order:

Bishop Gene Robinson: Robinson, the first openly gay senior leader in the Anglican Communion, has demonstrated that the Christian faith and tolerance toward homosexuality are not mutually exclusive. Picking Robinson would be a good way to smooth things over with those put off by the selection of Giglio, though he already gave the invocation at a concert connected to Obama’s 2009 inauguration, so it may be better to give someone else a chance.

Bishop Minerva Carcaño: As the first Hispanic woman elected to the higher echelons of The United Methodist Church, the second-largest Protestant denomination in the country, Carcaño has been an outspoken leader on a variety of social justice causes, including immigration and gay rights. She is currently the Bishop of Los Angeles. Previously, she served as bishop of Phoenix, where she took a strong stand against Arizona’s SB-1070 immigration law, calling it "unwise, short sighted and mean spirited."

Jim Wallis: A tireless advocate of social and economic justice causes, few people have done more to advance progressive evangelical Christianity than Jim Wallis and the group he founded, Sojourners. Whether fighting Glenn Beck or Paul Ryan, Wallis has a knack for attracting attention in the big political fights of the day. Asked about what he wants to see in an inauguration chaplin, Wallis told the Washington Post this week: “When people ask my advice, I always say: ‘Use the occasion to remind our political leaders of their responsibility to the common good.’”

Brian McLaren: In the post-evangelical, non-denominational "emerging church” movement, McLaren has distinguished himself for promoting the idea of what he calls a New Kind of Christian (also the title of his 2001 book). Time magazine named him one of the 25 most influential evangelicals in 2005, a year when conservative evangelicals were ascendant after helping George W. Bush secure a second term.

Rabbi David Saperstein: Newsweek dubbed him one of the most influential rabbis in the country and the Washington Post called him a "quintessential religious lobbyist on Capitol Hill." Rabbi Saperstein, who represents the Reform Jewish Movement in Washington, has worked to combat hate crimes and discrimination, in addition to pushing a host of other progressive causes in Congress. He’s even had a trial run, delivering the invocation at the Democratic National Convention in 2008.

Welton Gaddy: Gaddy, a Baptist minister from Louisiana, has worked to bridge different faiths as president of the Interfaith Alliance. He also hosts the State of Belief radio program and does frequent media appearances, making him one of the most visible progressive faith leaders around.

Tony Jones: To appeal to the hip young set that elected him, Obama could pick Tony Jones, the youthful and intellectual theologian who looks more like the frontman of an indie rock band than a man of the cloth. A pioneer of the Postmodern Christianity movement, Jones is one of the most innovative progressive Christian thinkers out there.

Imam Mohamed Magid: As head of the Northern Virginia All Dulles Area Muslim Society (ADAMS) and the Islamic Society of North America, Magid has become the go-to Muslim religious leader in Washington. When Herman Cain had to atone for saying he wouldn’t appoint Muslims to his cabinet, he went to Magid. When the White House needs an imam for its Iftar dinner, it turns to Magid. Not surprisingly, given his high profile, he’s been the subject of endless conspiracy theories from anti-Muslim activists, which would probably make Obama wary of selecting him, especially after the Giglio controversy, but it would be a huge gesture of goodwill to the often-maligned Muslim-American community.

Sister Simone Campbell: She became a minor rock star this summer with her Nuns on the Bus tour, which brought fired-up liberal nuns to a number of cities in an election year, but Campbell has been a longtime advocate of progressive faith as the head of the group NETWORK, leading the charge against Paul Ryan’s Medicare-voucherizing budget proposal.

Rev. James Forbes: Forbes, the senior minister emeritus of the large interdenominational Riverside Church in Manhattan, calls himself a theological radical and political progressive. The Riverside Church, which the New York Times in 2008 called “a stronghold of activism and political debate throughout its 75-year history,” has been involved in nearly every progressive movement for decades, from LGBT rights to Occupy Wall Street.

Rev. Luis Leon: Perhaps the only man who can claim to be Obama's pastor today, Leon is the rector of St. John's Church, which is just across Lafayette Park from the White House, and the Obama family's most frequent site of worship. Leon, aware of his church's unique location in inner-city Washington, has worked to reach out to both presidents and the city's often-disenfranchised communities.

GLAAD, the Gay & Lesbian Alliance Against Defamation, has posted their own list, which includes a number of prominent progressive and gay-friendly clergy. We’ve avoided repeating any names, so take a look at their list as well.

There are plenty of other leaders who we couldn't include, but let us know in the comments who you think Obama should appoint.