"My daughter also was gay. It destroyed her life and my grandson" 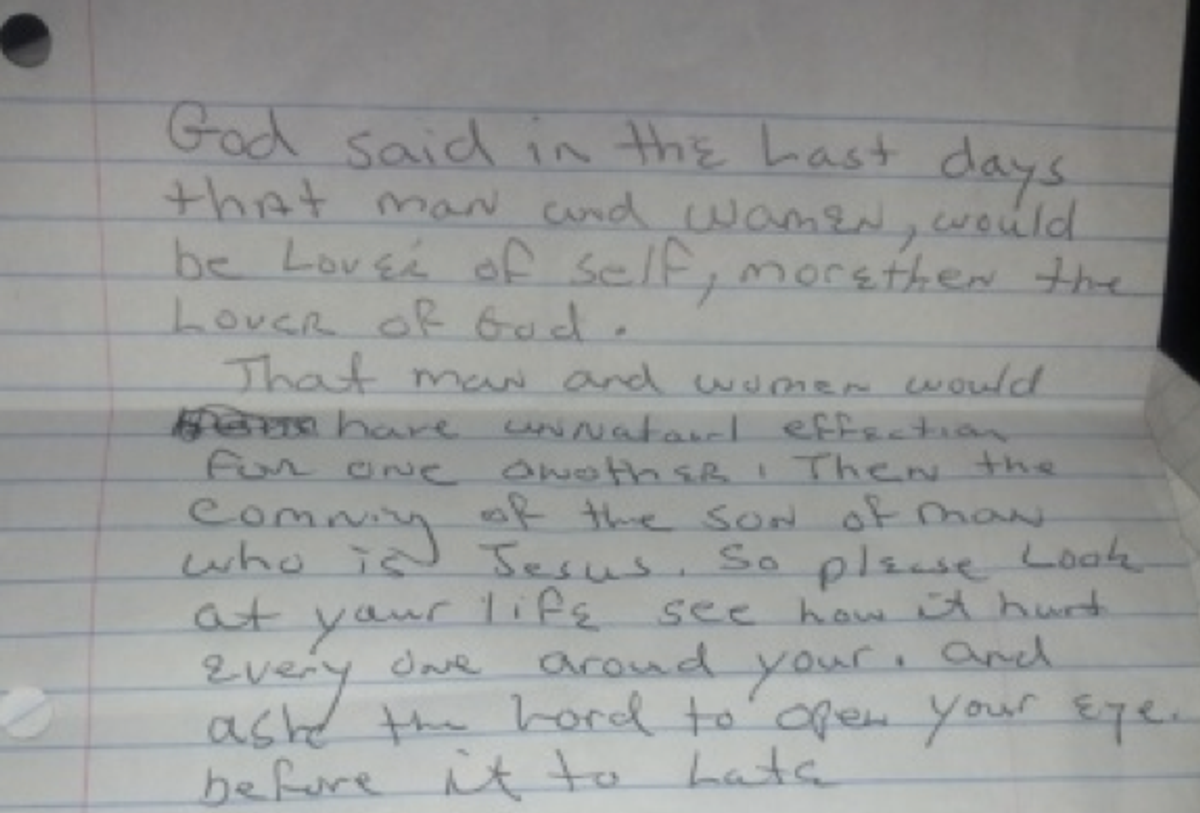 Lesbian couple Ariel and Shawnee McPhail recently had a meal at the Stingray Café in New Bern, N.C., but left with more than a doggie bag. While on their way out, owner Ed McGovern handed them a rambling anti-gay missive:

God said in the last days that man and wom[a]n would be lover of self, more [than] the lover of God.

That man and woman would have unnatural [affection] for one another. Then, the coming of the Son of Man, who is Jesus. So please, look at your life. See how it hurt[s] everyone around you. And ask the Lord to open your eye[s] before it [is] to[o] late.

The Love of Christ

P.S. my daughter also was gay. It destroy[ed] her life and my grandson.

McGovern confirmed with NewsChannel 12 that he did give the couple the letter, and has given other gay patrons similar letters -- "out of love."

The McPhails said McGovern has the right to his own opinion, but believe what he did crossed the line. "If we're experiencing it, then other people are too and that's not fair," said Ariel McPhail.