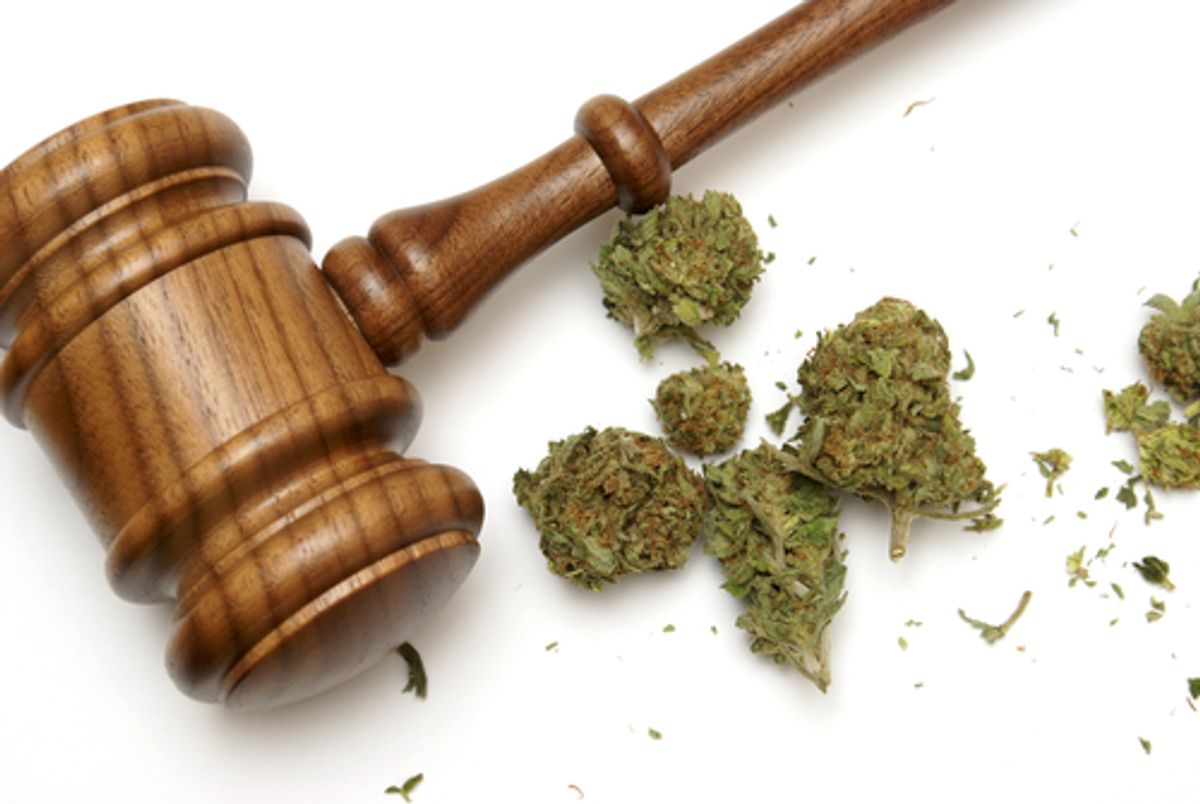 New York Gov. Andrew Cuomo this week said that decriminalizing marijuana possession would be among his 2013 priorities. The governor stressed his desire to put an end to thousands of young (predominantly black and Latino) people being swept into the criminal justice system because of marijuana arrests.

Under New York state law, it's currently a non-criminal violation if marijuana is found on a person and a misdemeanor if it is in public view. Cuomo says he wants to decriminalize the possession of 15 grams or less. As Raw Story noted, "roughly half of the marijuana arrests in New York City were people who did not display the drug publicly but were ultimately charged as doing so thanks to a 'stop-and-frisk' search, according to a survey by the civil rights group Bronx Defenders."

Advocates of decriminalization in New York stress that drug reform is needed to end a pattern of police filling quotas by stopping and searching young men of color and arresting them when they demand the suspects empty their pockets, thus bringing marijuana into public view.

Cuomo's decriminalization push comes in tandem with a civil liberties fight against the "stop-and-frisk" policy — a fight which this week saw a significant victory in a federal court. A judge ruled that the NYPD no longer can stop and search individuals inside or outside "clean halls" buildings in the Bronx without explicit, reasonable cause. Two other upcoming lawsuits against the police department aim to deliver more forceful blows to the discriminatory police practice.

Last year, I wrote for Truth-Out about the degree to which decriminalizing marijuana in New York would help put an end to discriminatory arrests. I noted that although the number of marijuana arrests would no doubt decrease, decriminalization would not entirely fix the problem. Even if all low-level marijuana possession is moved from a misdemeanor to a non-criminal violation, such violations can swiftly lead to criminal charges if summons dates are missed or expensive fines unpaid. As I wrote:

Harry G. Levine, professor of sociology at Queens College CUNY and long-term researcher into marijuana arrests, points out that violations are regularly mischaracterized by those with little experience of New York's penal system.

As Levine stressed when we spoke last year, "There needs to be a conversation about what decriminalization means," noting that there are growing examples around the country of bad decriminalization with high fines that go directly to the city and the police — thus incentivizing cops to write more summonses.

Last year, Republicans in the state Senate shut down Cuomo's decriminalization proposal. This year, as federal courts affirm "stop-and-frisk" practices as problematic and unconstitutional, there may be more political will in the New York state house to join the chorus decrying marijuana arrests.