Is Beyoncé a plagiarist? 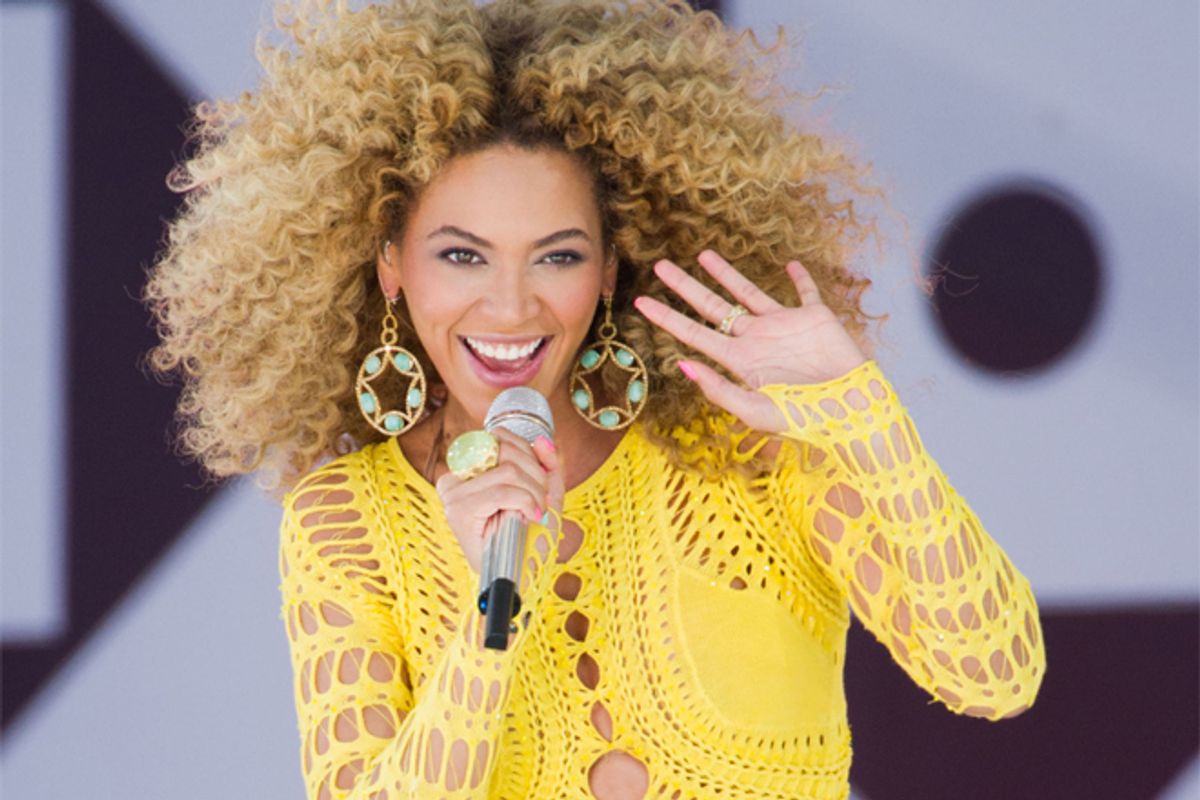 In the new GQ, pegged to Beyoncé's forthcoming album, Super Bowl performance, and the nonstop publicity blitz that is her life, the new mom opened up about her omnipotence ("I'm more powerful than my mind can even digest and understand"). She says her will to power started early, when she was in the off-and-on girl group Destiny's Child: "You know, when I was writing the Destiny's Child songs, it was a big thing to be that young and taking control. And the label at the time didn't know that we were going to be that successful, so they gave us all control."

When Beyoncé "was writing" Destiny's Child songs, she did so with help: There is not a single song on any of the group's four albums that Beyoncé wrote herself. She, more and more as the group's run went on, was involved in writing, but a more typical Destiny's Child song was their single "Lose My Breath," with seven credited writers. On the group's final album, several songs were credited to all three singers in the group. And songwriting credits are often arbitrary -- Beyoncé was disqualified before three much less notable writers from an Academy Award nomination for the "Dreamgirls" song "Listen," which she co-wrote.

Though Beyoncé's GQ statement isn't strictly untrue — she elided the "co-" in "co-writing" — it does call to mind her history of petty larceny, real or alleged. In 2011, Beyoncé performed a widely acclaimed dance number at the Billboard Music Awards that some viewers noted seemed to rip off the work of Italian dancer Lorella Cuccarini. "My makeup artist showed me the performance of Lorella Cuccarini a year ago, and it inspired me so much," Beyoncé said later. Later that year, Beyoncé was again accused of plagiarism for her "Countdown" video. "Beyoncé is not the worst copycat, she sings and dances very well, and she has good taste," said Dutch choreographer Anne Teresa De Keersmaeker.

Admittedly, the singer is an easy target for plagiarism allegations due to her fame. But her fame also allows her to rephrase these allegations as curation, and to talk louder about the singular songwriting power of her mind even as it seems she's fairly well-versed in the typical "write a word, take a third" strategy.

The singer received a writing credit on her song "Smash Into You," a repurposed cover of a lesser-known singer's "Smack Into You," with little changed but two letters. For changing those two letters, Beyoncé got a larger share of the profits from the song; "Smash Into You" was made the theme song for her movie "Obsessed." While her recent suggestion that she wrote Destiny's Child's music may bend the truth, the idea that she's more powerful than her mind can understand is outright absurd, flying in the face of proof she knows precisely how powerful she is.