Marines order clubs on base to allow same-sex spouses 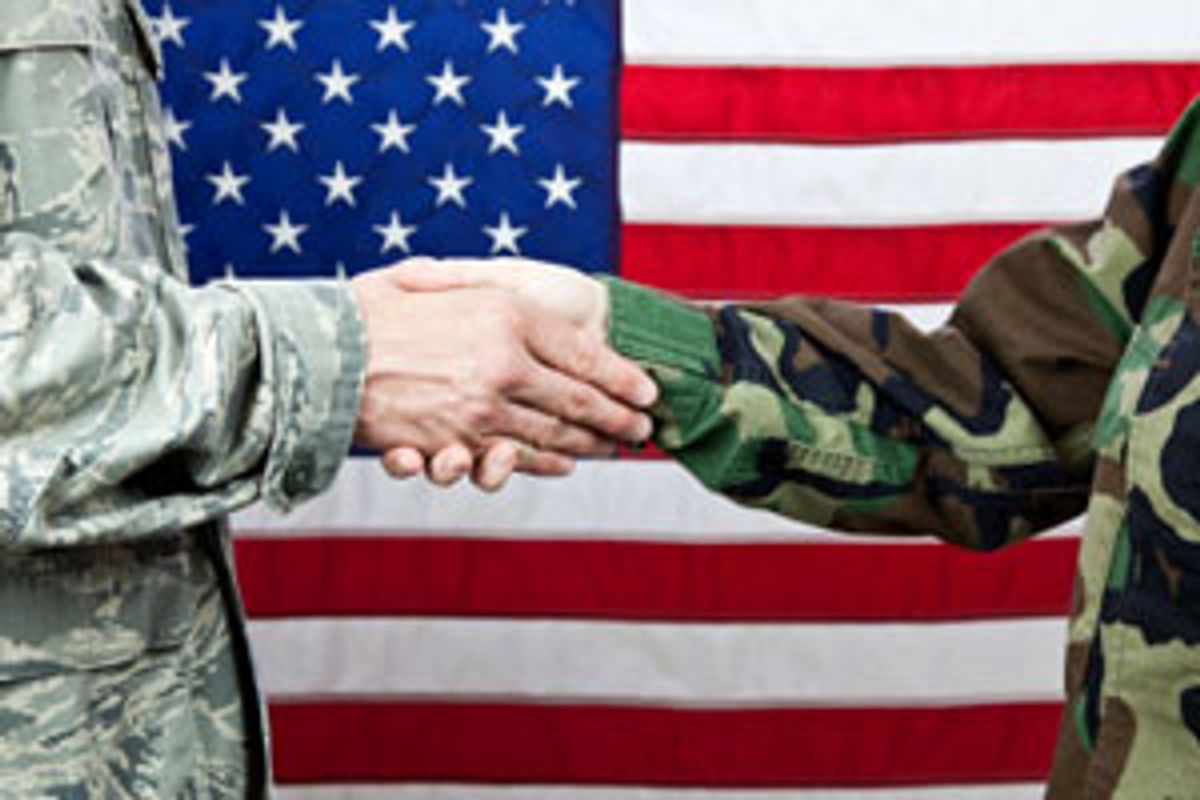 The Marine Corps legal office has mandated that all military spouses clubs admit gay husbands and wives if they want to continue operating on-base.

Since the repeal of Don't Ask, Don't Tell, the military has grappled with how to incorporate same-sex couples into base life.

As the Los Angeles Times reported:

In a memo emailed to Marine Corps legal offices around the country, the Staff Judge Advocate to the Commandant said spouses clubs on Marine installations must adhere to a nondiscrimination policy regarding sexual orientation.

"While the Marine Corps cannot directly control the actions of independent organizations such as spouses clubs, we expect that all who are interested in supporting Marine Corps Family Readiness would be welcome to participate and will be treated with dignity and respect," said Capt. Eric Flanagan, a Marine Corps spokesman.

The memo added: "We would interpret a spouses club’s decision to exclude a same-sex spouse as sexual discrimination because the exclusion was based upon the spouse’s sex."

The Marine Corps is the first military branch to explicitly order these groups to admit same-sex spouses, and advocates would like to see the policy to extend to the rest of the military. As Stephen L. Peters II, president of the American Military Partner Association, told the Times, "Now that the Marine Corps has set the right standard, we need the secretary of Defense to ensure there is consistency across all branches of service in regards to private organizations that operate on military bases."

Military clubs can be an integral part of life on base, an experience that involves unique pressures and demands on family life. According to a support website for military spouses:

Your new friends on base will be the most important friends you have -- and you will be important to them.  That's why you will find that most military wives are very friendly.  It's not because they are naive or silly, it's because they understand how much you need friends as military wives.  When your husband is on deployment, your friends will help babysit, fix your broken toilet and, most important, be there to have fun and vent frustration.  They will also teach you the 'ins' and 'outs' of the military and share gossip on where your husband's unit is and when they're expected home.  So it's important to make friends, and to do that you have to be a friend.