Scientists hate the GOP for a reason

Arizona State's Daniel Sarewitz says his colleagues should support more Republicans. They may not have the luxury 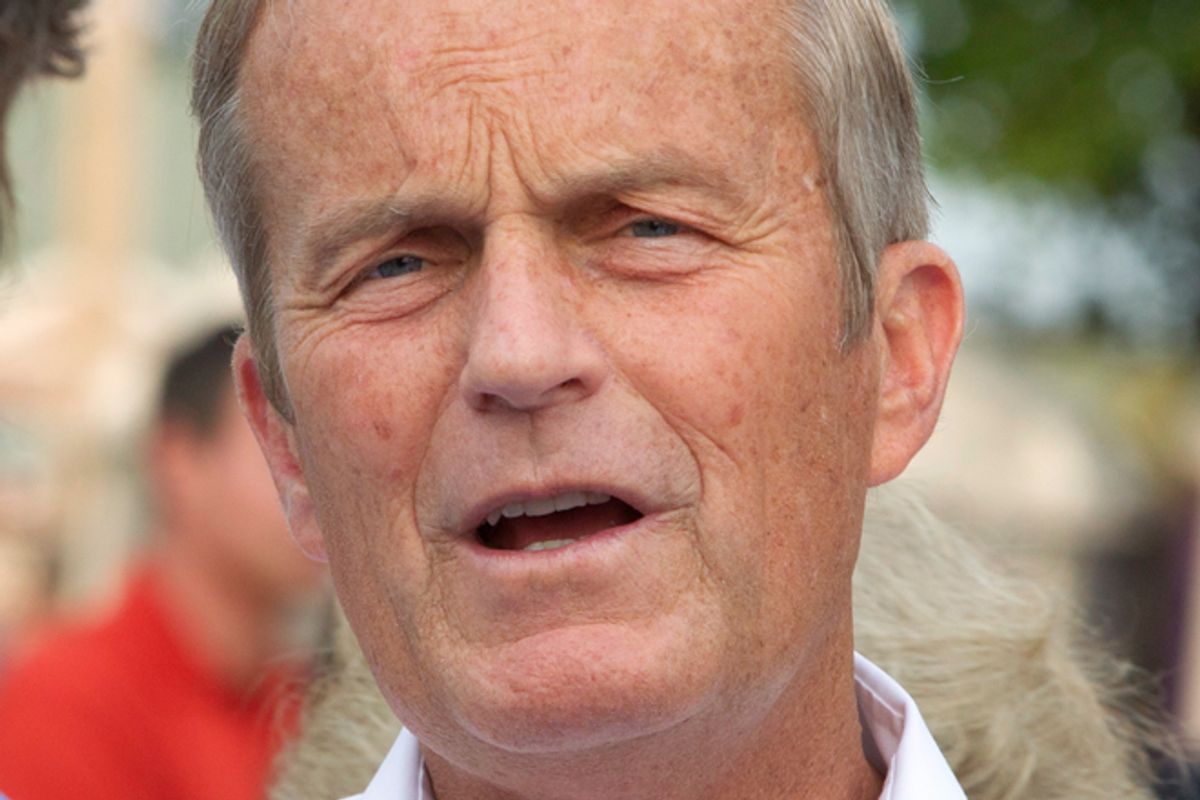 One of the great political shifts in the past decade has been the move of scientists toward the Democratic Party, a casualty of the Republican Party’s war on reality. It’s not about politics for scientists, it’s about the fact that only one party accepts scientific findings on everything from global warming to evolutionary theory to what does and doesn’t prevent pregnancy. Only 6 percent of scientists identify as Republican, whereas 55 percent identify as Democratic. In October of 2012, 68 Nobel-winning scientists co-signed a strong endorsement of Obama, saying the President “has delivered on his promise to renew our faith in science-based decision making.” Which is why it was so strange to read Daniel Sarewitz, co-director of the Consortium for Science, Policy, and Outcomes at Arizona State University, argue in Nature that it’s wrong for scientists to throw their weight behind electing Democrats.

To prevent science from continuing its worrying slide towards politicization, here’s a New Year’s resolution for scientists, especially in the United States: gain the confidence of people and politicians across the political spectrum by demonstrating that science is bipartisan.

He argues that the perceived liberal bent of the social scientists has caused Republicans to be wary of that field and to defund it, and warns that if scientists in other fields—he names public health and environmental science—don’t stop supporting Democrats so openly, Republicans will come after them, too. But the cause-and-effect relationship is reversed. Republicans started it when, as early as the environmentalist movements of the '70s, they began to morph into the party that defended corporate profits over public health and environmental good. Why would scientists support a party that ignores and refuses to fund important scientific initiatives like efforts to fight climate change, stem cell research, and advances in improving sexual health, like development of the cervical cancer vaccine?  Sarewitz blames scientists for the politicization of science, when any fool can see that Republicans attacked first and scientists are just defending themselves.

Both journalist Chris Mooney, author of The Republican War on Science, and historians Naomi Oreskes and Erik Conway, who together wrote Merchants of Doubt, have done extensive research that shows the faults in Sarewitz’s argument. In Merchants of Doubt, Oreskes and Conway laid out how the fields of environmental science and public health, not the social sciences, turned Republicans into anti-science warriors. They explain that it was during the debates over tobacco’s carcinogenic properties that conservatives began their assault on science, claiming a controversy where there was none in hopes of delaying government interventions that would depress the tobacco industry’s profits. After that, the strategy was set. If scientists made proclamations that could undermine industry, conservative politicians claimed the research was more controversial than it was, offered up well-paid but unethical experts who claimed to have doubts, and introduced shoddy research with divergent findings. The strategy has been employed to resist and delay government regulation to combat acid rain, global warming, and the hole in the ozone.

At some point, the conservative movement began to realize that since these fights were going to come up over and over, it wasn’t enough to simply cast doubts on individual scientific claims. They had to sow suspicion of the field of science itself. Oreskes and Conway highlight how this was used recently in attacks on the long-dead Rachel Carson, the environmental author of The Silent Spring, a book that led to the ban of DDT in 1972. Even though there’s no real movement to bring back the use of DDT, conservative pundits and publications routinely drag Carson’s corpse out to punch it some more to spread the myth that scientists are dangerous anti-business ideologues who make up phony research for no other reason than their secret socialist agenda to bring down capitalism. Typical of the anti-Carson genre is Hoover Institute scholar and Forbes contributor Henry I. Miller calling her work “sentimental claptrap” and accusing her of lying. Writing for Reason, libertarian Ronald Bailey accused Carson of having an anti-human agenda, claiming that environmentalism isn’t about protecting our habitat so much as pushing the belief that “humanity is arrogant, heedless, and often the source of moral evil.” The reality is that Carson was a nature-lover and a researcher who believed, correctly, that throwing off the natural balance can have long-ranging negative effects, and thus should be guarded against.

What Sarewitz fails to understand is that scientists, as a community, admirably held off becoming overtly political until this shift occurred. Before recent election cycles, only researchers whose actual work was under attack who defended themselves. But now Republicans are a threat to science itself. In other words, scientists are simply acting like any other constituency, and throwing their support behind the party that fights for their interests and against the party that openly fights against them. This isn’t a threat to democracy, but a clear-cut example of how democracy works.

Sarewitz has the entire political process backwards. He seems to consider Republicans and Democrats to be more like sports teams than entities that organize around genuine political differences in America. Subsequently, he thinks that all you need to do to get them to support your interests is to refuse to take sides:

In the current period of dire fiscal stress, one way to undermine this stable funding and bipartisan support would be to convince Republicans, who control the House of Representatives, that science is a Democratic special interest.

Let’s be clear. Republicans don’t attack scientists because they want to punish them for supporting Democrats. If all scientists agreed tomorrow to stop donating to parties, expressing political opinions in public, or even voting, Republicans would not gratefully start agreeing with scientific consensus around global warming or embrace public health recommendations to reduce unplanned pregnancy and STDs. They wouldn’t even come around on the now 154-year-old theory of evolution. They oppose these ideas because they come in conflict with Republican ideological concerns. In a larger sense, conservatives aren’t going to abandon their discomfort with empiricism, because it’s so destabilizing to their political authority.

Since scientists have no ability to stop Republicans from attacking science, their only real option is to take power away from Republicans by supporting Democrats. Scientists, like most people trying to do good work in this world, would far prefer to have the support of all policy-makers. Since that’s not an option, it does no good to scold them for looking out for their own interests.