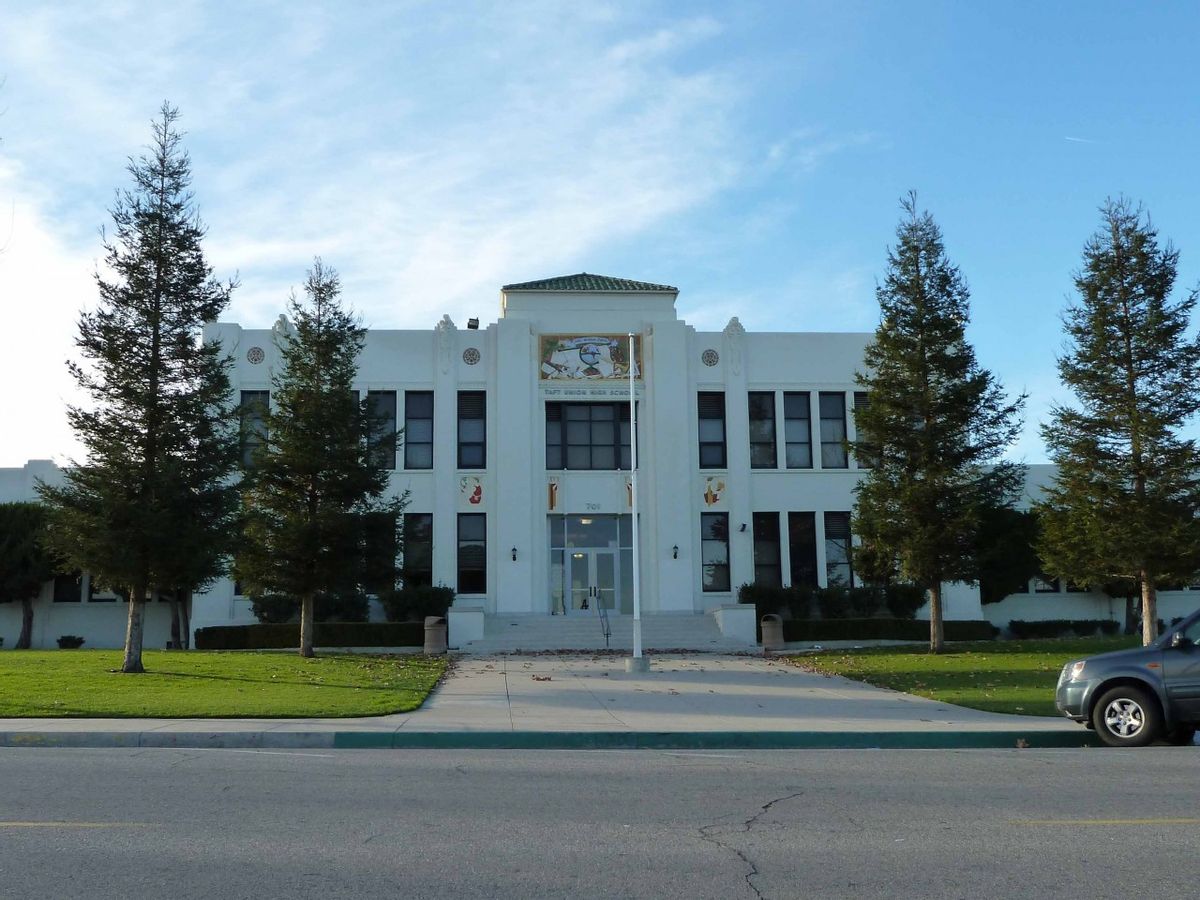 Details are emerging what happened in Taft Union High School when a student opened fire in a classroom of 28 students.

According to reports, the male student -- who at 16 is a juvenile and thus can't be named by authorities -- carried a 12-gauge shotgun and had pockets full of rounds. He injured one student with a shot aimed at another, but missed. Then the class' teacher, Ryan Heber squared off with the student.

"I don't want to shoot you," he told the popular teacher, who was trying to "coax the teen into giving up the shotgun he still held," the AP reported. Heber was joined by campus supervisor Kim Lee Fields who aided in convincing the student to surrender. Heber's head had been slightly grazed by a stray pellet.

"This teacher and this counselor stood there face-to-face not knowing if he was going to shoot them," County sheriff Donny Youngblood told press. "They probably expected the worst and hoped for the best, but they gave the students a chance to escape."

The injured student was airlifted to hospital and is in a stable but critical condition. The former high school football player will receive surgery today.

According to reports, the 16-year-old shooter had felt bullied by his victim. “Certainly he believed the two people that he targeted had bullied him, in his mind,” Youngblood said.

There is usually an armed Taft Police Department officer on campus, but he was not there Thursday because he had been snowed in. As the local paper, the Bakersfield Californian noted, "Ironically, the school had just held a staff meeting at 7 a.m. to talk about how to deal with active shooters. As a result, many teachers initially thought the lockdown was a drill."

The paper gathered some striking firsthand reports from students who been in the classroom:

Taft junior Katie Wolfe, 16, said she was sitting two desks away from the victim in earth science class when he was shot.

“The kid came in and he shot and he hit (the student) in the chest,” Wolfe said.

She instinctively dropped to the ground and the shooter fired again.

“(The boy) was bleeding and Kim (Fields) came and just talked him into setting the gun down,” Wolfe said.

While other students shared some information about the shooter:

The suspect had never been violent before but was anti-social and afraid people would ridicule him, Jackson said. She said she was one of the only people who would talk to him because he would say a lot of “really weird, random crap.”

“He had told me yesterday, some more of that crap. He was joking that he was like gonna kill (the victim) and I thought that it was just a joke because he usually jokes around like that, like telling people that he's gonna kill them, or skin them alive or something, or eat their puppies,” [17-year-old Rebecca] Jackson said. “So I really didn't take that seriously, and he was going around all day telling people that, you know, he was, he might not be there tomorrow and not to worry about it, he might not be around for a little while. No one actually thought that he would do this.”

Jackson said she thought the suspect was scared but “really not that bad of a guy.

The suspect's neighbor in the small town of 9,400 told the AP that the shooter was '"a short guy" and "small" who was teased about his stature by many."

The neighbor said her son had worked at the school and tutored the boy last year. "All I ever heard about him was good things from my son," she said. "He wasn't Mr. Popularity, but he was a smart kid. It's a shame. My kid said he was like a genius."